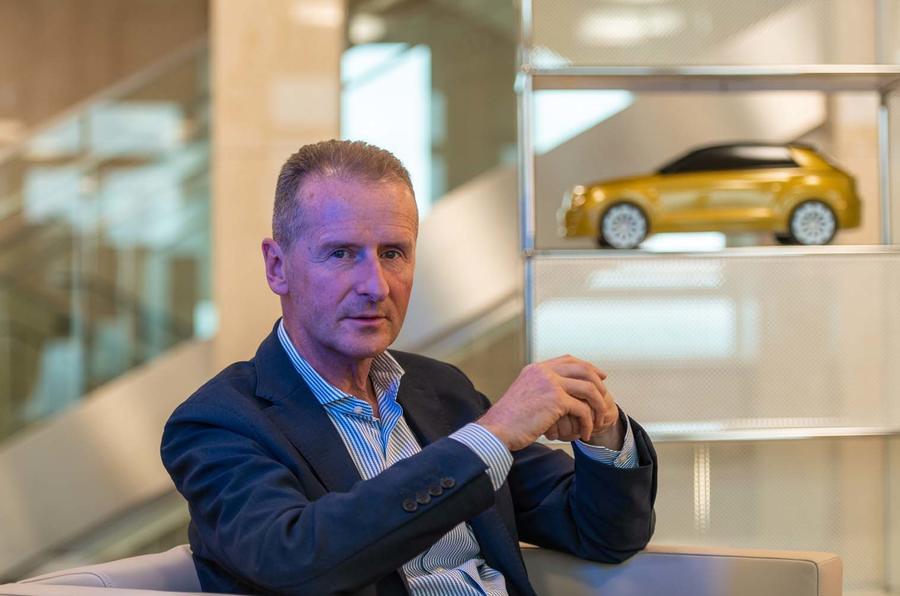 The chairman of the Volkswagen Group board, Herbert Diess, will reportedly continue to serve in that position, following lengthy internal discussions over his future at the company.

According to Reuters (via Automotive News), citing a source close to negotiations, a dispute between Diess and labour unions representing VW Group workers has been resolved, securing his position as leader of the firm. The source is quoted as saying: “It is going in the direction that the dispute will be settled, and Diess will remain CEO.”

However, a shuffling of leadership duties is expected to see Volkswagen brand CEO Ralf Brandstätter join the VW Group board of management and assume overall control of the company’s ‘mass-market’ brands: Seat, Skoda and Volkswagen itself. Diess, meanwhile, will focus on strategy, according to Reuters’ source.

The reported changes come ahead of a VW Group supervisory board meeting on Thursday (9 December) at which bosses are expected to agree on a five-year investment package.

Uncertainty over Diess’s position arose after he sparked tension with union representatives by hinting at significant job cuts during the shift to electrification.

Volkswagen, like other car makers, has been forced to make tough decisions concerning future investment and jobs to stay relevant in the face of global and particularly European shifts to electrification. Diess has been vocal in the need to adapt to competition, particularly from Tesla, which is on the verge of opening a plant in Germany and now regularly tops premium best-seller charts with the Model 3.

He angered Germany’s powerful unions in September when he said as many as 30,000 jobs could be under threat if the company were too slow in transitioning to electric propulsion.

Volkswagen has spent billions in expanding its line-up to include a range of EVs centered on its MEB platform. However, Diess warned that jobs that exist today aren’t guaranteed in the future as the company spends more on software and streamlines its production process in a bid to make EVs both more competitive against the likes of Tesla and more affordable.

Diess was caught between the desire to present the company as agile and modern and the demands of the powerful works council, which had criticised him for not being more sensitive to the fears of Volkswagen Group workers in Germany, who number around 120,000.

But in a recent manager meeting, Diess accentuated the positive progress the company has made in a range of issues including union negotiation to boosting sales in China.

“You can see that my mood is very good, because we’ve made a lot of progress in the last few weeks,” Diess said in the speech, according to Reuters.

Diess has direct experience of running plants from his days atBMW, when he oversaw the Mini factory in Oxford, but the current upheaval is proving tough to navigate even for experienced managers.

The shift to electrification and the move away from traditional jobs associated with internal combustion engines has triggered ruptures with German unions. For example, a right-wing organisation called Zentrum Automobil is winning increasing support within Porsche and Daimler workers in Stuttgart with its campaign to halt the shift to EVs and keep more traditional jobs in place.

Companies have been particularly conscious of the need to transition workers to news within the electromobility. For example, Daimler is switching its diesel plant in Berlin to making electric motors from newly purchased British company Yasa.