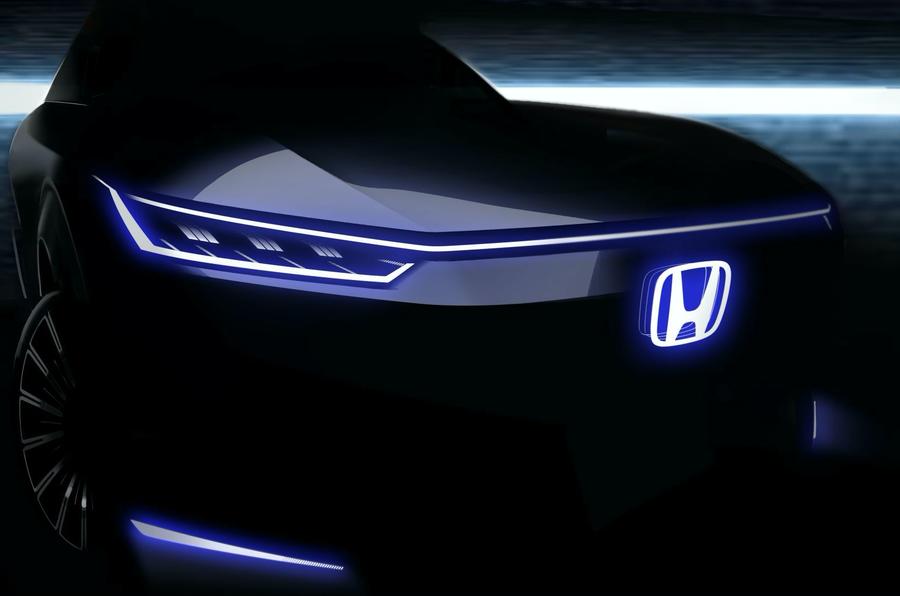 Honda will use the upcoming Bejing motor show to preview its second production EV, the first fully electric model from the brand to go on sale in China.

Details of the new concept car, which has been teased with a CGI rendering of its front-end design, remain thin on the ground. We can see, however, that it’s larger than the recently launched Honda E, appearing to be either a saloon or low-height crossover. Both bodystyles are popular in Asian markets.

The car’s design also appears to move to a less retro-themed approach than its supermini stablemate, instead taking a more futuristic look. A blanked-off grille is also visible, as is becoming common, because battery-electric models don’t require as much front-end air cooling as their combustion-engined equivalents.

The as-yet-unnamed model isn’t yet confirmed for production, but it’s likely, given that Honda doesn’t have a full EV offering of any sort in China. However, Automotive Daily’s exclusive partner Autocar understands that a European or Australian debut isn’t likely for the model, with the focus instead on gaining a foothold in Asian markets.

Given the car’s increased size and the hugely competitive EV market in China, expect it to offer significantly greater range than the quoted maximum of 220 kilometres of the E. Official details will be announced when the Beijing motor show begins on 26 September.

This is the Honda SUV e:concept. Unveiled at this year’s Beijing Motor Show, it previews an upcoming compact electric crossover due for the Chinese...
Read more