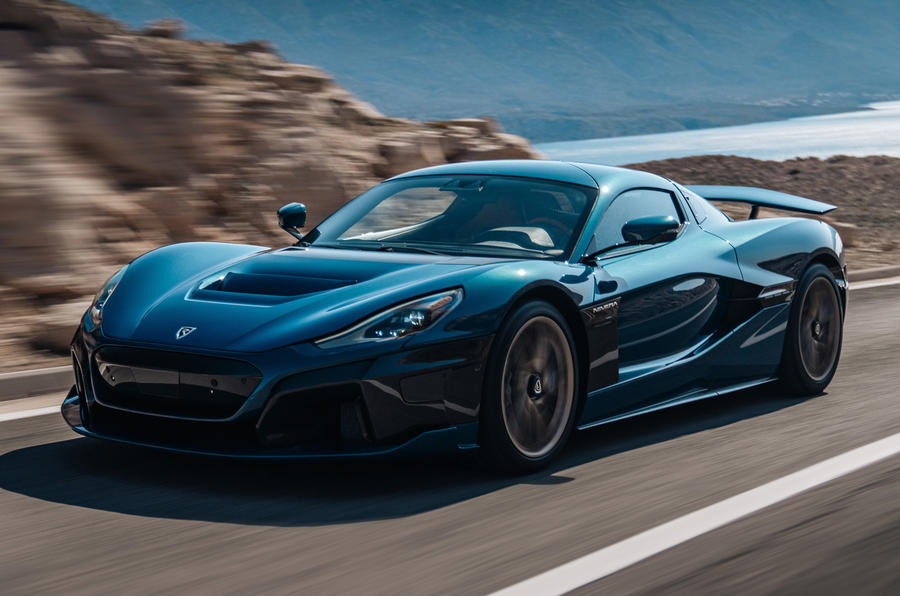 Have you got a stopwatch handy? No? Don’t worry, just read that first sentence again, maybe out loud. It should have taken you just under two seconds to do that, or about the same time it takes the new Rimac Nevera to accelerate from standstill to 100km/h. Just take a breath to think about that: in the brief moment you’ve uttered a few words, this all-electric hypercar has gone from motionless to a mile a minute. Jaw-droppingly impressive, isn’t it? Well, yes and no.

Now, I’ve not driven the new Rimac, but I was lucky enough to be allowed behind the wheel of the Stard ERX rallycross car, which is claimed to crack the 0-100km/h sprint in a similar 1.8sec as the Nevera, so I know what that kind of acceleration feels like. And what it feels like is deeply, gut-wrenchingly, sense-scramblingly uncomfortable. I mean truly unpleasant.

Of course, the forces involved are incredible, pinning you uncomfortably to the seat, but it’s the rate at which the world comes at you through the windscreen that’s really disorientating, because all the usual speed-sensation markers disappear in a nausea-inducing blur. By the time you’ve got a grip on just where you are and what’s going on, you’re travelling very quickly indeed and need to muster all imaginable effort to get off the throttle and hammer the brake pedal to slow down for that corner that, you could have sworn, was miles away last time you looked a second ago.

For me, all this happened on a wide-open race track, with all of its run-off and lack of any other traffic. Now imagine doing it on the road, because that’s what the Rimac and others like it (Lotus Evija et al) will allow its drivers to do, and some of them won’t be able to resist. All the same mental stress and what’s-going-on?’ panic will be there, but this time it’ll be joined by the added complication of other cars, pedestrians and telegraph poles, to list just a few of the dangers. There will genuinely be little or no time to react if something goes wrong.

Now don’t get me wrong: this isn’t a rant about the dangers of quick cars – a modern-day equivalent of those 19th century naysayers of the steam locomotive who claimed that internal organs would liquefy and heads explode if the human body ever travelled faster than a horse could gallop. However, we are definitely at a point where we should possibly be asking the time-honoured question of ‘just because we can, does it mean we should?’.

I get the logic that bigger, more powerful motors are used not only because of their impressive headline figures, but also because they are more effective and efficient at harvesting otherwise lost energy for ever-increasingly large batteries. And I also understand that, as we enter the post-combustion electrified world, manufacturers, and sports car makers in particular, are desperate to demonstrate that 12V can be just as exciting as V12.

I really don’t want to be an earnest, hand-wringing doom-monger, because I love a fast car as much as the next person, plus I do appreciate that you can get into just as much trouble with a lot less power. Yet just at a time when going quickly on the road is frowned upon more than ever (and the car’s perceived responsibility for all the earth’s environmental ills is greater than ever), we’re entering an era were unprecedented power and performance are going to be unleashed on a world least equipped to deal with it. Perhaps it’s time to pause and think, at least for a couple of seconds.

How Nissan Leaf will be reinvented as a crossover

New EV mandates “must be realistic”