Things that most people can take for granted, such as the elevation of an object (for example, a car on the ground compared with a bridge overhead) isn’t so straightforward for some sensing systems.

The idea is that fully autonomous cars will need a fusion of data from different sensors, like radar, cameras and lidar. It’s the last of these that presents an issue, because it’s still a very expensive technology. Lidar is a kind of laser-based radar (light detection and ranging, as opposed to radio detection and ranging), and a lidar unit contains arrays of sensors that enable it to build a detailed picture as a ‘point cloud’.

The downsides of lidar, apart from cost, are that it, like cameras, can be affected by the weather. Radar, on the other hand, isn’t affected by rain or fog, and radar sensors for cars are cheap. However, it’s so far a low-resolution technology capable only of creating a simple set of visual points to represent objects it detects. It’s also not good at dealing with different elevations (bridge versus car), and while it’s good at detecting and ranging moving objects, it struggles with stationary ones.

High-definition radar is capable of generating far more detailed point clouds than the basic technology. Israeli company Arbe has succeeded in developing a high-definition imaging radar that it claims has the potential to lift the technology from a supportive role to a “backbone of the sensing suite”. The basis of the new chipset is a type of radar called frequency-modulated continuous wave (FMCW), and while that in itself isn’t new, Arbe has developed an enhanced version to produce high-definition, ‘four-dimensional’ images.

Frequency-modulated means the system changes frequency while it’s working so that it can avoid interference from other radar. The system can see up to 300 metres away for larger objects, can detect a motorcycle at 250m and a child at more than 150m. It also covers a wide field of view, can cope with different elevations and can detect hundreds of objects, rather than around 32 for conventional radar.

Arbe says two or three of its radar sensors and eight cameras will do the same job as 10 conventional radar sensors, six lidar sensors and 12 cameras. It consumes far less energy than lidar-based systems (good for EVs) and costs around AUD$140 per sensor in mass production volumes, compared with tens of thousands for lidar-based sensing systems.

Arbe isn’t alone in developing high-definition radar and if the technology can indeed deliver what autonomous vehicle makers want, it could be a game changer. 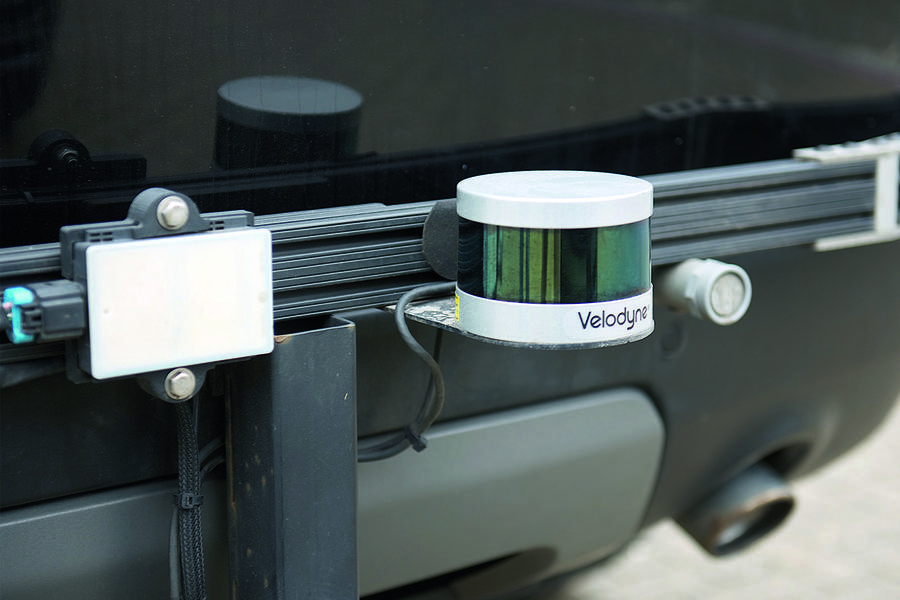 Lidar scanner prices can vary from a few thousand pounds to tens of thousands, depending on the number of lasers used in each unit, which can be as few as 16 for lower-resolution scanners and as many as 128 for the best available. There are several types, from spinning to static, and although cheaper versions are expected, they are still likely to cost more than high-definition radar.