How the new CEO Tobias Moers can fix Aston Martin The task of saving Aston Martin has been accepted by Mercedes-AMG’s Tobias Moers. We offer some advice

Following the disastrous sharemarket flotation, it’s clear that the company has big problems, but it also has assets that most failing companies would kill for: in-house talent, a well-engineered range of cars, excellent manufacturing facilities and an impressive, volume-boosting SUV ready to go. He won’t get much credit, but your predecessor, Andy Palmer, left good things behind.

Among other good news, the Covid-19 crisis is now declining in key markets and prestige car dealers say they have customers ready to reward themselves for surviving the pandemic; this ought to help you shift that car backlog your new boss, Lawrence Stroll, talks about. 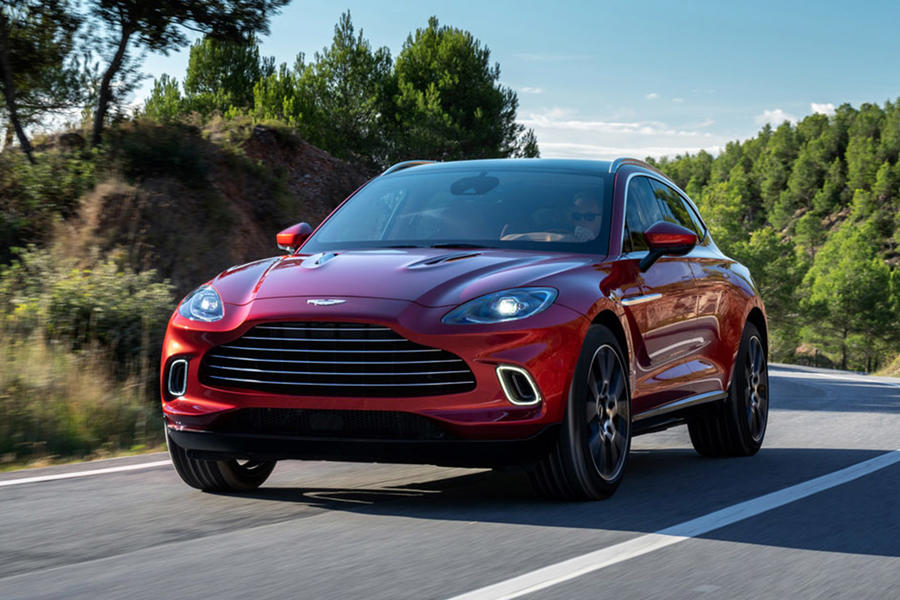 Your own engineering track record is 24-carat, you’ve loved fast cars all your life, you come from a company that everyone thinks of as Technology Central and we know from interviews that you’re a confident bloke with an impressive personal aura. So you’ll get on fine with the workforce, who coped even under Ulrich Bez. In short, if you hadn’t come along, Stroll and Co would have had to invent you.

Even your decision to leave ultra-secure AMG looks canny. As the industry moves into electrification, it’s obvious that cars will converge rapidly in their delivery of smoothness, silence and effortless high performance. In such an era, making hot Mercedes variants, however good, might not be as sustainable as rescuing a legendary 107-year-old British luxury brand that can stay special forever as long as it makes great products and builds them as well as those from Affalterbach.

Your key asset, of course, is Daimler, the all-important 5% shareholder that supplies Aston Martin’s most complex components – stuff you created yourself, so you know it’s good. And you’re backed by a fiercely determined and well-heeled group of investors who will lose millions and lots of face if they fail. That puts pressure on you, but it also means the bigwigs are thirsty for change.

But what should you do first? Well, that’s why we’re writing: we believe there are immutable priorities. We’ve conducted an office poll, distilling Autocar staffers’ views with those from several hugely experienced professionals in the luxury car industry. One we’re allowed to identify is Hertfordshire-based Nicholas Mee, who is among the country’s foremost and longest-serving Aston Martin specialists. The others are industry chiefs whom we can’t name for commercial reasons, although you will get to know them all. They have a good understanding of the rigours of your job.

Your number one priority, we agree, is to make absolutely certain that the DBX is perfect before you deliver the first example. It’s a new model and a new kind of car for Aston Martin, based on a new platform and made in a new factory. Car companies rarely take such a combination of risks. Its quality has to amaze owners and critics from day one; anything else will do long-term harm. 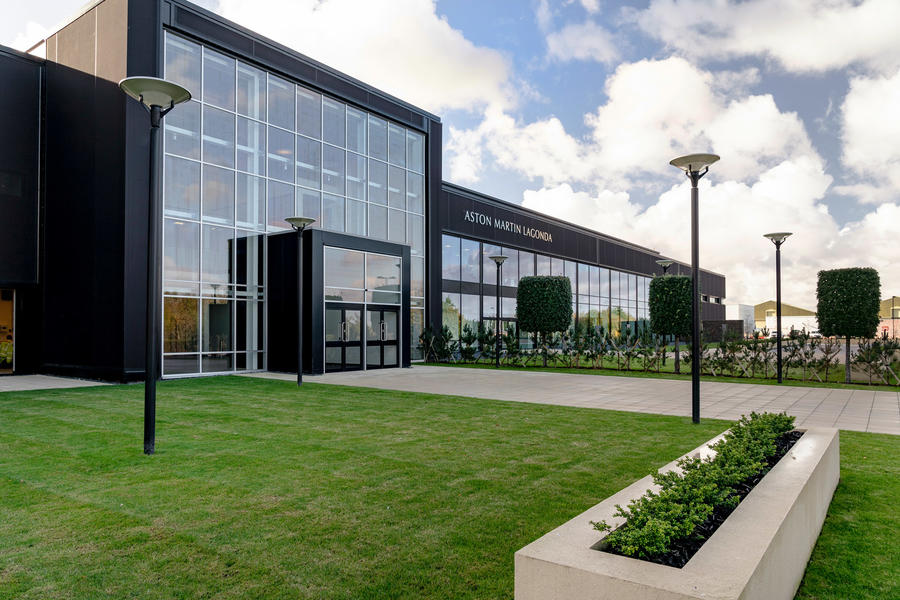 Equal first, we believe, is to start cementing and enhancing that life-sustaining relationship with Daimler. Palmer was wrong in his assertion that Aston Martin is predominantly a lifestyle company. It’s a small car maker in need of a secure, long-term relationship with a technology-leading manufacturer that views an Aston Martin link as helpful to its own economies of scale. That’s Daimler, and you, of all people, know how to build that relationship. Lift the phone today. The mission might one day involve finding ways to buy back those London-issued shares and place them in hands that can actually assist the company – although we’re not holding our breath.

Next, we would consider early action with the model range. It’s probable that Aston Martin is making too many cars – and as our experts stress, oversupply is a guaranteed value killer. It’s time to rebalance the ‘profit pools’ and trim production accordingly. Our own belief is that the unsuccessful Vantage V8 needs a new nose, a lower entry price and a V12 halo model. It worked before.

Your cars’ aesthetic also needs reviewing. You have an extremely talented design department, but some of us wonder if their brief is correct. The Aston Martin look has become abruptly more progressive in recent years; is it the designers or the buyers who want this? We think it’s time to review what an Aston Martin actually is, then stick to those principles through thick and thin. 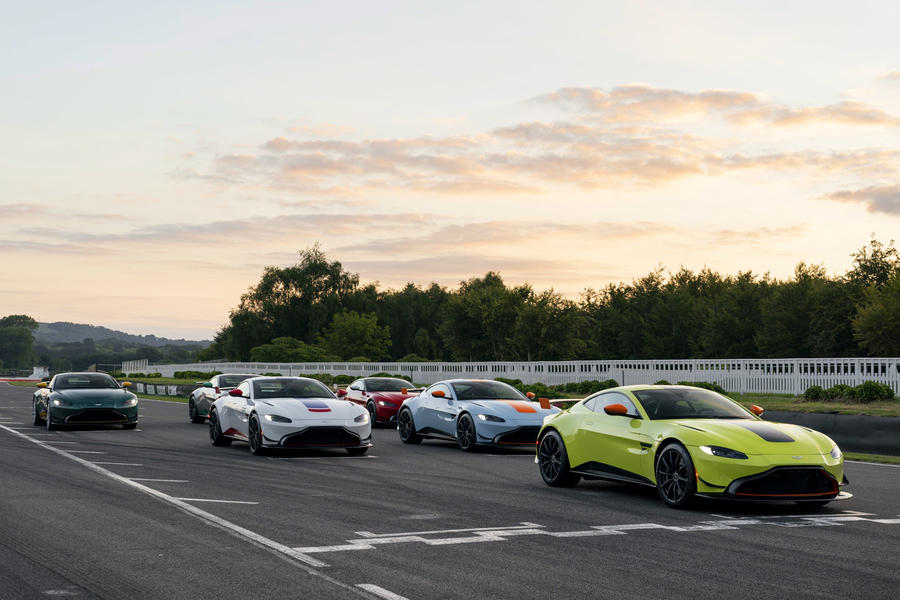 We also reckon it’s time to park the company’s expensive and risky Lagonda plan, at least for now. Surely it’s better to concentrate on positioning your active brand perfectly than to let a second one steal its thunder? One of our exports also questions the positioning of the DBX, a nice-looking car that he feels falls between the sporty and luxurious stools. The Lamborghini Urus does a more accurate job of embodying its maker’s core values. In short, our committee believes Aston Martin should plough its own traditionalist, luxurious, slightly conservative furrow. It doesn’t compete with Ferrari, although we have to admit that we’re divided on the efficacy of the proposed engined Vanquish. We’ll be fascinated to see what you decide on that one…

To emphasise your serious intent, you have to kill off those Aston Martin lifestyle activities that one member of our committee calls “Dany Bahar fireworks displays”. You don’t need deals with motorcycle companies, submarine makers, luggage companies, property developers in Florida and all the rest. Our group believes such shallow attention-seeking harms your authenticity. While you’re at it, is it time to retire James Bond as an Aston Martin ambassador? To date, he has also been claimed by Lotus, BMW, Ford and Land Rover, and Ian Fleming started with Bentley…

Another urgent one: you must rapidly formulate and communicate a coherent policy on electrification. Which Aston Martin models will be electrified? How and when? Your owners love big-engined cars, but they’re also restless about the future. Explain your plans in general terms. Hybridisation is a no-brainer, followed by confident assertions – from you – that the brand can thrive in the electric era. How about Bulldog 2 as a new EV concept? 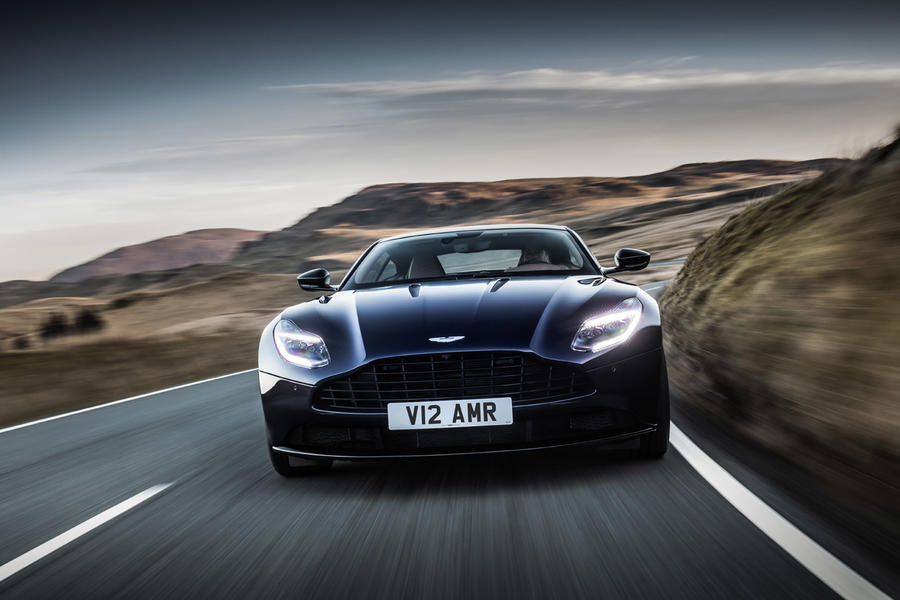 Crucially, it’s high time to rekindle the relationship with your traditional buyers – the people who once understood Aston Martin values so well that they bought the cars almost as a matter of habit. As a man more familiar with the brand’s core enthusiasts than most of your big-note dealers, Mee is especially keen on this. Aston Martin was known until recently for making big, luxurious grand tourers with sensible accommodation and boot space. Do we know for sure that today’s more extreme, less spacious cars are what the buyers want?

We know this looks like a tough agenda, Tobias, but we’re also confident you can help Aston Martin thrive. There’s much that the company is already doing right, there’s huge goodwill for it in this country and it seems that high-net-worth buyers still like what it stands for. Without exception, the members of our committee hope for your success but believe that early, clear news of your intentions will be key.

With all best wishes, Steve Cropley

1 – Ensure that the DBX SUV is absolutely perfect before deliveries begin.

2 – Work from day one to strengthen and widen Aston Martin’s relationship with Daimler.

3 – Rebalance the prices and production rates of existing models to restore profitability.

4 – Formulate and communicate a clear electrification policy to reassure customers that Aston Martin can thrive beyond 2032.

5 – In the short term, shelve the plan to relaunch Lagonda.

6 – Fix the Vantage by lowering its price, redesigning its unpopular nose and launching a V12 version.

7 – Change dealer priorities – and, if necessary, dealers – to protect Aston’s reputation and residuals.

8 – Consult traditional specialists about ways to attract loyalists back into the fold.

10 – Drop attention-seeking lifestyle links with property, submarines, aircraft, motorcycles and so on.

An insider’s view on the new appointment

Marek Reichman has experienced plenty of change at Aston Martin since he was appointed design chief in 2005, when it was owned by Ford. It was then sold to a consortium led by Prodrive chief David Richards, and after he bowed out, new investors brought in Andy Palmer from Nissan. Reichman had plenty of work due to Palmer’s bold Second Century range expansion, which coincided with Aston Martin’s sharemarket flotation.

It’s still early in the brand’s latest era under Lawrence Stroll, who led the Yew Tree consortium’s investment, but Reichman says the Canadian’s attitude even as the impact of the Covid-19 crisis struck “shows his commitment and passion for the business”.

He continues: “What do I get when I see Lawrence? Exactly that. It’s hard work; there’s a brilliant intensity, but there’s a passion and drive that our business needs, especially in the luxury sector. Ultimately, he’s the consumer, and it’s good to have someone like that at the helm.”

Reichman notes that Stroll has “a very clear vision”. The first signs are that Aston Martin has cut production of its sports cars and is really pushing the DBX, which is set to account for half its sales next year. So, does that switch from sports cars mean a reinvention?

“The reinvention is that we’re no longer just producing front-engined sports cars; we’re also producing SUVs and mid-engined cars and going racing every other weekend.”

Reichman believes the direction and focus that Stroll brings will be echoed by new CEO Tobias Moers; he expects the German to apply “just as much hard work and just as much vision”.

He adds: “Tobias has proved over his time with Mercedes and AMG how successful he is and how he has a brilliant ability to bring new products forward and achieve fiscal success. He’s also a brilliant engineer, at the end of the day.

“I’m looking forward to working with someone who is so passionate and so proud of success in terms of the product’s capabilities as well. He won’t let average get through; it will only be the best. That’s what I’m really looking forward to.”