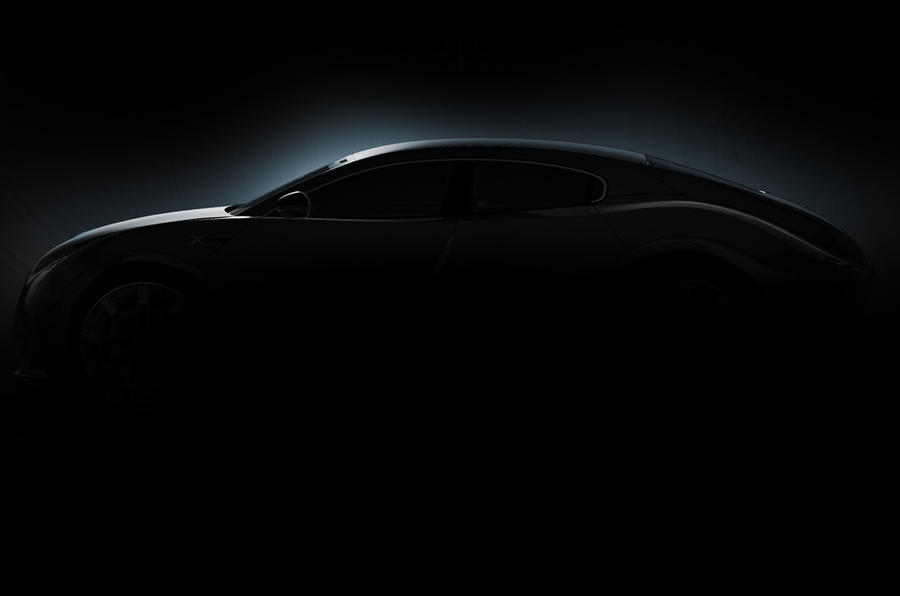 The soon-to-be-revealed car is said to be powered by a “high-performance, zero-emissions hydrogen-electric powertrain” that uses technology originally developed for the US’s space agency. This is said to provide a greener alternative to petrol and diesel supercars, as well as being more practical than battery-electric supercars such as the Lotus Evija and Rimac C_Two, because buyers won’t have to worry as much about range and recharging times.

Hyperion, founded by CEO Angelo Kafantaris in 2011, gives us only a glimpse of the XP-1 in the clip, but a flickering shot, combined with an earlier teaser image, gives clues as to its styling.

A wide, haunched front end bears a resemblance to the Bugatti Veyron, while its profile, previewed earlier this year, suggests it will adopt a coupé-style sloping roofline and a curved rear. It’s unclear whether it features two or four seats.

Hyperion remains tight-lipped about the XP-1’s performance, claiming only that it will be more than a match for the pace of modern supercars.

Following the coronavirus-induced cancellation of the New York motor show, where the XP-1 was originally meant to be revealed, the supercar will now be unveiled online in August.

Pricing and production details have yet to be confirmed, but it can be expected to be sold in extremely limited numbers, given its claimed performance potential and complex make-up.

Conventional wisdom says convertible supercars do not make good track-day tools, but since the 675LT Spider of 2016, McLaren has basically given two figures...
Read more

McLaren's latest hard-hitting Super Series convertible will be sold in limited numbers. McLaren has revealed the much-anticipated 765LT Spider, which the firm claim is both...
Read more

The truth is that a Lotus is the ‘right’ weight when it becomes a car people want to buy. There’s some chatter among my colleagues...
Read more

The Z06’s switch to a mid-engined layout to be made good use of to fight European supercar rivals, and we’ve now been given our...
Read more

2023 Chevy Corvette Z06 to be revealed later this year. General Motors Chevrolet has teased a video with audio of the upcoming Corvette Z06 C8,...
Read more