Hyundai updates its Ioniq 5 and overseas specs show a bump in power and driving range, plus faster acceleration times.

Hyundai has revealed a host of upgrades for its all-electric Ioniq 5. The tweaks unlock more power from cars fitted with the larger battery pack, which has now grown to a 77.4kWh unit for longer range. New tech such as Smart Frequency Dampers and optional digital door mirrors have also been added to the line-up.

Hyundai Australia has not confirmed if the upgrades will be applicable to future local models here, although they will be implemented across other right-hand-drive markets.

Performance and range figures for the 125kW rear-wheel drive model with the smaller 58kWh battery remain unchanged, but stepping up to the 77.4kWh provides a 507km range – 27km more than before. This version also gets a 7kW uplift for a 168kW total output. 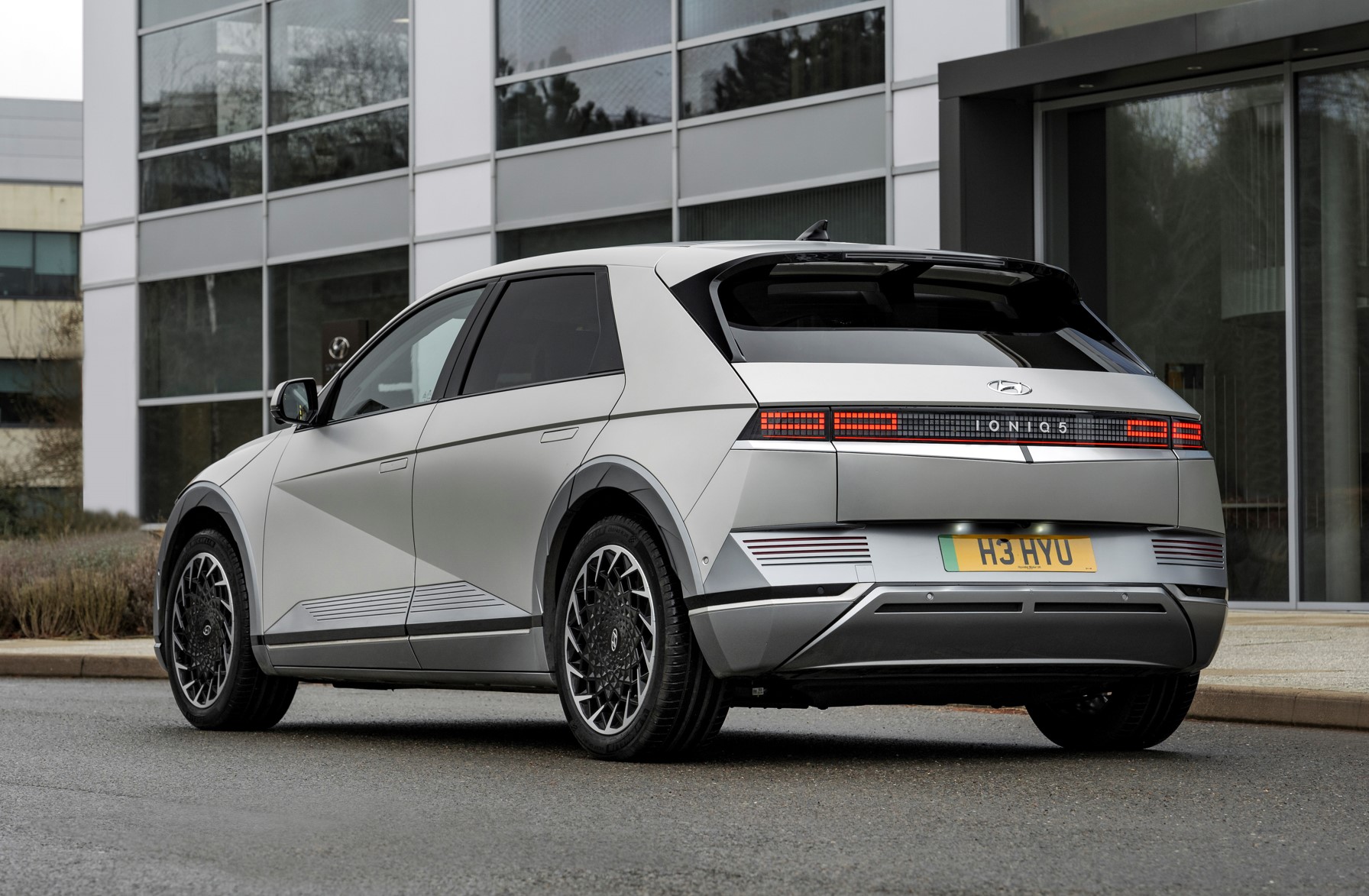 Heading the line-up is the 77.4kWh dual motor variant, which now produces 239km. This enables a 0-100km/h time of 5.1 seconds, predicts Hyundai, and 480km is possible from a single charge.

Hyundai hasn’t detailed whether the car’s charging times have altered with the new battery pack, but for reference, the outgoing version could take on an 80 per cent charge in around 18 minutes, using a 350kW rapid charger.

The fresh battery pack will be complemented by a new battery conditioning system, which will allow the Ioniq 5 to automatically adjust the temperature of its battery while on the road, ensuring optimum charging conditions once the car reaches a charge point.

The system will automatically activate if the driver enters the location of a charging point on the car’s sat-nav – and Hyundai claims the system will improve real-world charging speeds in both hot and cold temperatures.

Extra equipment options for the Ioniq 5 will include a new Digital Centre Mirror (or DCM for short), which sends a video feed to a monitor in place of the usual rear-view mirror from a camera mounted under the car’s rear spoiler. The addition could be a remedy for the car’s lack of a rear wiper and washer jet, which is a key bugbear amongst buyers.

Buyers will also be offered new Digital Side Mirrors as an optional extra. It’s the first time the technology has ever been made available on a Hyundai Group vehicle in Europe – and they work in the same way as the DCM, with a pair of cameras mounted on the car’s doors sending video feeds to monitors in the cabin.

Hyundai says the system has the added benefit of cutting down on drag, as the cameras have a much smaller surface area than conventional door mirrors. The firm also claims the cameras offer a better rear view than mirrors, even in poor weather conditions.

Another tweak in this bout of updates is a new set of Smart Frequency Dampers. Hyundai hasn’t yet told us how the new suspension works, although the brand claims the system will improve the response of the rear axle, benefit ride comfort and improve the EV’s body control and handling.