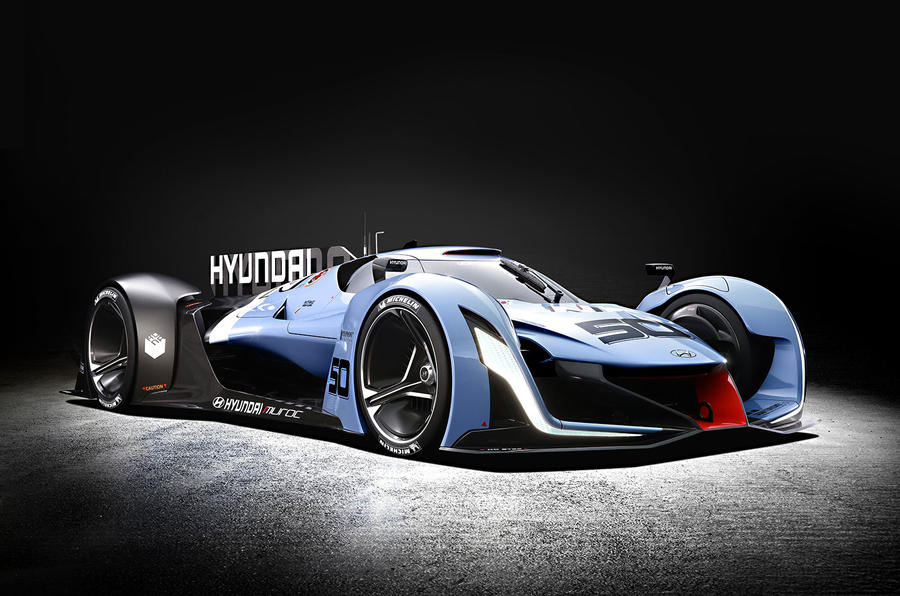 Hyundai has strongly hinted that future performance models from its N division will use a hydrogen fuel cell powertrain, as suggested when the sub-brand was spun off as a separate entity in 2025.

The N brand was launched with the futuristic N 2025 Vision Gran Turismo concept, which took a theoretical 650kW from a hydrogen fuel cell powertrain. Since then, the brand has launched the Nexo as one of two mainstream hydrogen-fuelled cars available worldwide, but has yet to extend the technology to its performance offerings.

Speaking at Hyundai’s N Day event, at which the new Kona N was revealed, chief marketing officer Thomas Schemera said future Hyundai N models will be offered with a zero-emission powertrain: “No matter whether it’s battery-electric, fuel cell electric or – more interestingly – a combination of both.”

He also hinted at the ongoing real-world implications of the brand’s outlandish launch concept: “Powered by the world’s first mass-produced hydrogen fuel cell, the N 2025 Vision Gran Turismo concept ever since is the embodiment of our electric performance direction.

The sixth N-badged hot Hyundai will arrive later this year, though details of what to expect are scarce. The brand has confirmed plans to introduce more performance-oriented SUV models, and has marked out the new E-GMP platform – as used by the new Ioniq 5 and upcoming Ioniq 6 saloon – as a viable candidate for a performance boost.

Schemera said the brand will remain committed to accessible performance as it shifts to electrification: “So what’s next for N? Sustainable driving fun – this is the name of the game. Ever since we presented the hydrogen-powered N Vision 2025 concept, sustainable fun has been N’s way of realising Hyundai’s vision of ‘Progress for Humanity’. Now it’s time to make that vision a reality.”

He added later: “Fun to drive is by no means dependent on a driveline type.”