It is set to go into production in 2023 as “a fully electric vehicle with autonomous and driver-controlled modes”, and is unique in being equipped with a high-efficiency particulate absorbing (HEPA) filtering system that “cleans the air from the pollution of other vehicles”. Heatherwick’s design for the IM Motors Airo is a clear reflection of its self-driving capabilities: the two rows of seats face each other (with room for a sizeable table in between), the minimalistic dashboard can be used to show videos and the airy cabin can even accommodate a full double bed with the seats reclined.

“This is clearly a space to spend time in even when you’re not on a journey,” Heatherwick says. Other unique features include a full panoramic roof that becomes opaque “on command”, and a foldaway screen that turns the interior into a “perfect gaming pod”. 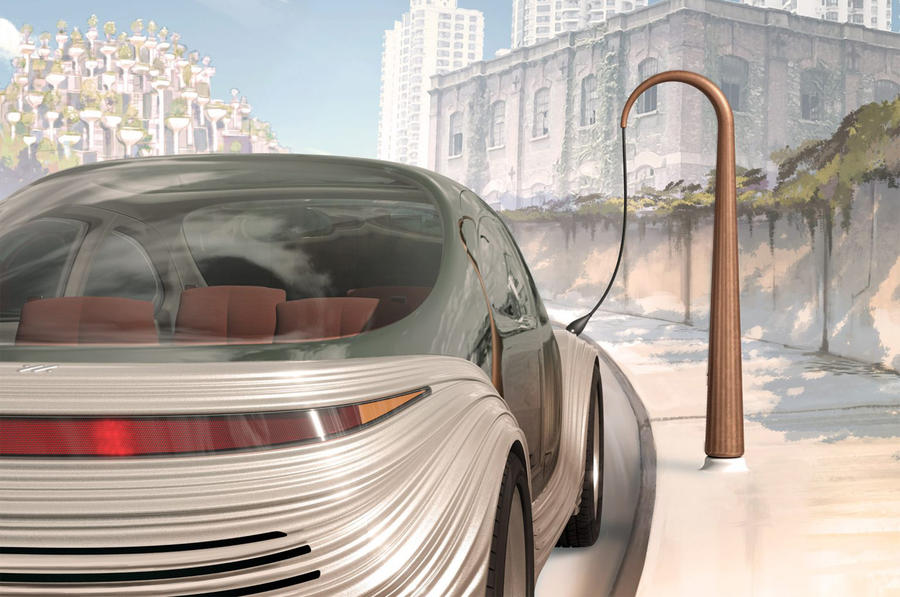 Details of the car’s powertrain and performance remain under wraps, but Heatherwick has revealed a minimalistic, bespoke charging station for IM Motors that it says will become “part of the infrastructure of the city”. Made from weathered steel, the simple structure houses a retractable wire and “ergonomic handle” to facilitate easy EV charging.

Designer Thomas Heatherwick, whose diverse back catalogue includes – along with the New Routemaster – the 2012 London Olympic Cauldron, the Garden Bridge concept and the distinctive Coal Drops Yard building in King’s Cross, hailed the Airo as “a car intended to transport us to a cleaner and better future”. He said: “Airo isn’t simply another electric car that doesn’t pollute the air. Instead, using the latest HEPA filter technology, it goes further by also vacuuming-up pollutants from other cars as it drives along.

“Designed to simultaneously address the global space shortage, Airo is also a multi-functional room with extra space for dining, working, gaming or even sleeping.”