With just months to go until the Ineos Grenadier 4×4 arrives in showrooms, fresh shots have emerged of a ute version being tested on public roads.

As confirmed when Automotive Daily’s exclusive partner Autocar drove the Grenadier for the first time earlier this year, the 4×4 model’s family will be expanded with a pick-up truck (seen here) and a seven-seat passenger version, each using a longer (3175mm) wheelbase than the standard car. The prototype seen here goes without a conventional bed, suggesting the commercial version of the Grenadier could be offered with a range of devices and storage compartments to suit a variety of applications, as was the case with its spiritual forebear, the previous-generation Defender 130 ute. 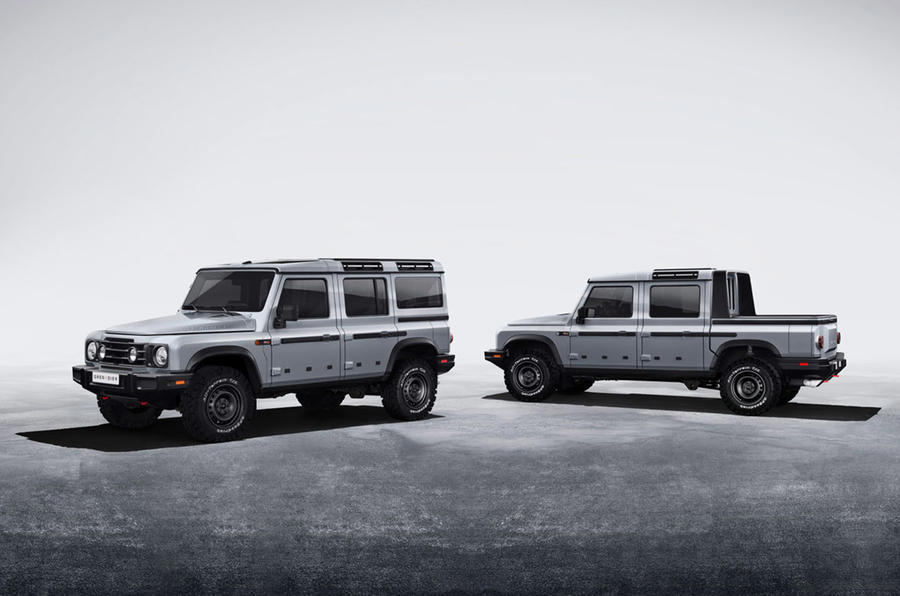 The Grenadier pick-up will no doubt be pitched as a rival to the Toyota Hilux and Volkswagen Amarok, both of which are set to be reinvented using the same underpinnings next year. Land Rover has yet to confirm an open-backed version of the current Defender but has previously hinted that such a model would be “technically possible” and would likely be a strong seller. Technically, the ute will almost certainly follow the SUV in being offered with a choice of six-cylinder petrol and diesel engines from BMW, producing 211kW and 186kW respectively. Losing the rear seats and one-third of the bodywork will also result in a significant drop in kerb weight, too, compared with the 2650kg SUV variant, so subtle performance gains and improved off-road ability could be on the cards. A more utilitarian focus can be expected on the inside, in line with the often demanding workload of a 4×4 ute. The standard car goes big on durability, with drain holes in the floor and a raft of stain-resistant materials, but the pick-up could be offered at a lower price if it is furnished with less kit and fewer upmarket flourishes. Ineos has yet to confirm a specific launch date for the second Grenadier variant but has previously said it will come “soon after” the arrival of the SUV.