The all-new Lotus Emira has been revealed in final specification and we sit down with the man who led its design.

Lotus will soon launch the new Emira on public roads, including in Australia, bringing a new era to the British company as it plans the greatest sales feat in its existence.

It says it wants to produce up to 4800 Emiras per year, which would represent a significant increase over the 1400-1600 Elise, Exige and Evora models it was previously selling. Windle is confident that the market exists and that the Emira’s appeal is far greater and broader than any other previous Lotus, thus bringing new buyers to the brand.

The Emira is the first car to emerge from Lotus’s Vision 80 plan, which was devised under previous boss Phil Popham to guide the firm towards its 80th anniversary in 2028.

It will be the final Lotus launched powered solely by an internal combustion engine and without any form of electrification. As well as a new electric sports car codeveloped with Alpine, Lotus will produce electric SUVs, which are set to be built at a new factory in Wuhan, China.

Elise and Exige production will end in Hethel later this year, with both cars almost sold out. Evora production has already concluded.

We sit down with Lotus design director, Russell Carr, to find out how the team went about planning to design an all-new model. New cars from Lotus don’t come along too often. How did you approach such a significant project?

“The great thing is that there has been lots of pent- up creativity to get out, and every project we approach with a huge passion and excitement. On this car, the big design approach was to create a car with drama, glamour and the exotic nature of a supercar but positioned in the sports car category that was approachable for everyday use and moved the game on for quality.

“Being honest, we know that there’s some serious competition, so we have to push further, and Lotus has always been sportier than its competitors historically. We’re unashamedly picking up on the Evija, which brings a certain glamour instantly. The point of that car was to be a real statement for the company, so it would be foolish for us not to use it as a stepping stone.” Why was the interior so dramatically overhauled?

“From the moment you get into the car, there are no surprises. It’s straightforward to get into, there are plenty of places to put bits like sunglasses and bottles and there’s plenty of storage as well. You can use it every day without compromise – to the airport or for business use, for example. You don’t want the car to ask anything of you; it will support you without any stress. But if you want to be [Lotus attributes director] Gavan Kershaw when driving it, it can be that too.”

Sports cars tend to stay on sale for a relatively long time. How do you design for that longevity?

“Everything has to be there for a reason. It’s important to make a car beautiful, memorable and modern. Be honest in what you do and avoid just trying to be fashionable and be a little bit reserved. You don’t want to stamp on creativity or excitement, but it’s very easy to fall into being 13 again and putting big jet engines or tailplanes on it. You have to get the balance. Sometimes you can feel the hand of [Colin] Chapman on your shoulder guiding you…” 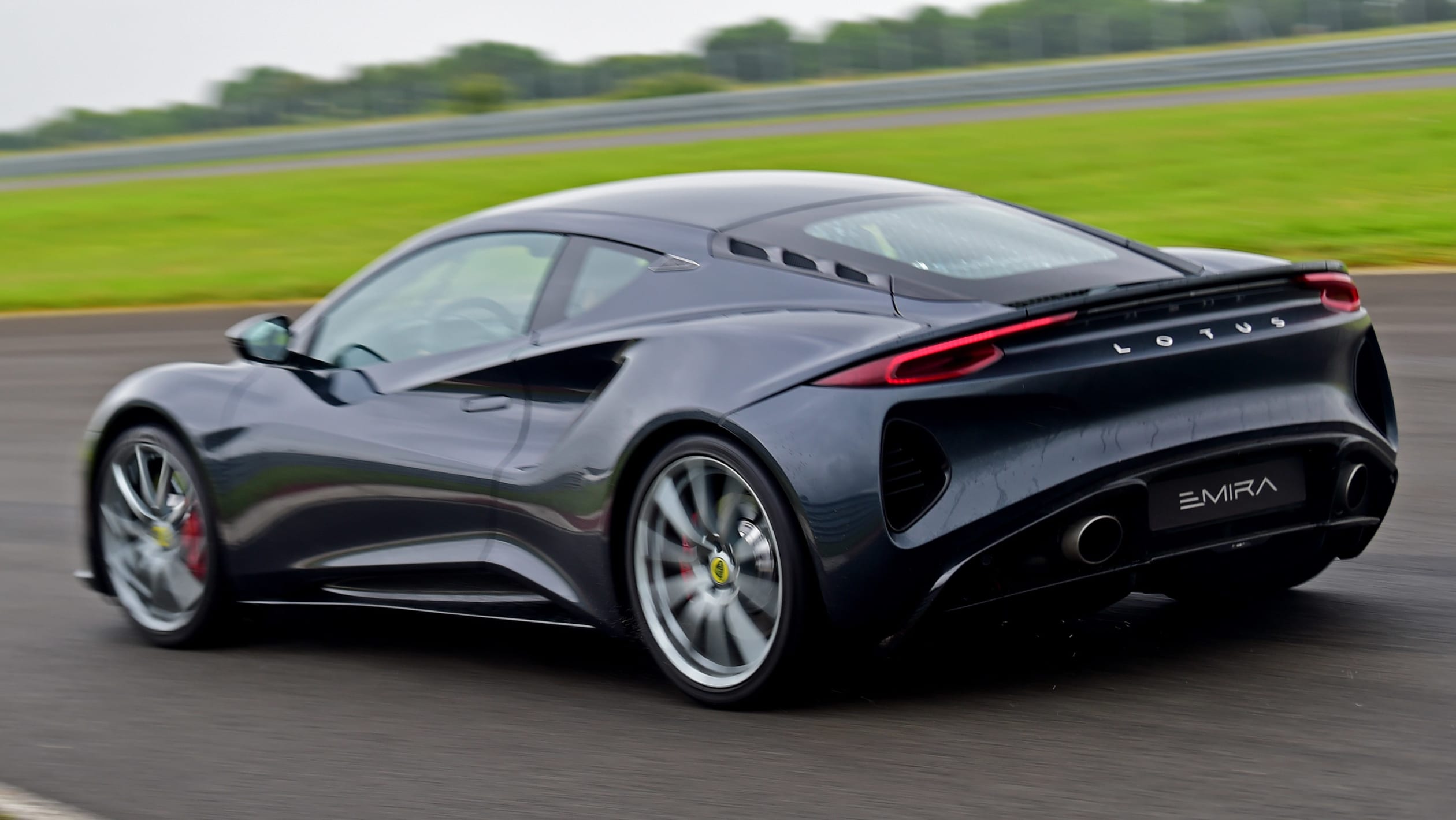 How did you harness technology in developing the Emira?

“We do a lot of digital modelling but always have a full-size clay model. We also use virtual reality for the interior. Before you make the clay, you have a good but rough digital design model that you can look at in 2D, but you can also put VR goggles on and feel as if you’re sitting in the car before committing to clay.” Callum designs “the Tesla of the scooter world”