Hyundai is gearing up for the launch of the Ioniq 5, and has teased us ahead of its 23rd February reveal with images of the new electric car’s cabin.

Ioniq will become a sub-brand of Hyundai focussed specifically on fully electric vehicles, and the brand will be kicked off by the 5 – a compact crossover to rival the Volkswagen ID.4.

Like the VW, the 5 promises to capitalise on a dedicated electric vehicle platform to deliver a significantly more spacious interior than typical combustion engined cars from the class. The architecture is called E-GMP, and the Ioniq 5 is the first model within the Hyundai empire to use it (sister brand Kia will also use this tech). The battery pack is flat, and sits below the cabin. The flat floor has allowed Hyundai designers to install a moving centre console. This means that front passengers can pass through the cabin from one side to the other, making it easy to get in and out of the car from either side – perfect when parked in a tight spot. The front seats have extending leg rests which allow users to “relax and recharge” while parked.

The single top-down image of the cabin reveals a few clues to the finished design. A bank of digital displays sits across the top of the 5’s dashboard, below which sit physical switches for the air conditioning system. The steering wheel appears to be a two spoke design.

In keeping with the 5’s emissions-busting credentials, focus has been placed on sourcing sustainable materials for the cabin. Eco-processed leather, bio paint plus natural and recycled fibers all feature inside – the latter including materials made from waste products in the sugar cane refining process, wool and poly yarns, and material woven from recycled plastic bottle fibres. The interior details follow on from external teaser images released early in 2021, which showed that the production model will bear a resemblance to the striking Hyundai 45 concept revealed at the 2019 Frankfurt Motor Show. A strong retro-futuristic design language, dubbed ‘high-tech’ by Hyundai, has been developed for its upcoming ID.4 rival.

The front end of the 45 Concept is carried over with distinctive square headlights, while the low nose is part of a huge clamshell style bonnet. Large 20-inch wheels feature on the production-spec Ioniq, while the rear end is almost identical to the 2019 concept vehicle. Changes to the profiles of the front and rear bumpers appear to be the only obvious revisions.

“Beginning with Ioniq 5, our dedicated BEV line-up brand will redefine the relationship between people and their cars, establishing a new standard against which all BEV design experiences will be measured,” said Hyundai design head, SangYup Lee.

Most of the car’s specification details remain unannounced, but Hyundai has hinted at the rapid recharging capability. Plug the Ioniq 5 into a fast enough charger, and 100km of range can be added in five minutes.

Like Kia’s new all-electric coupe-SUV (and indeed all upcoming Ioniq models) the production version of the Ioniq 5 will be based on the Hyundai Group’s scaleable E-GMP underpinnings, which will function in a similar fashion to the Volkswagen Group’s MEB platform.

When it enters production, E-GMP will be one of the most advanced electric car platforms on the market, featuring over-the-air updates and the same 800-volt charging technology as the Porsche Taycan. The latter feature will also give buyers access to IONITY’s 350kW fast-charging network. 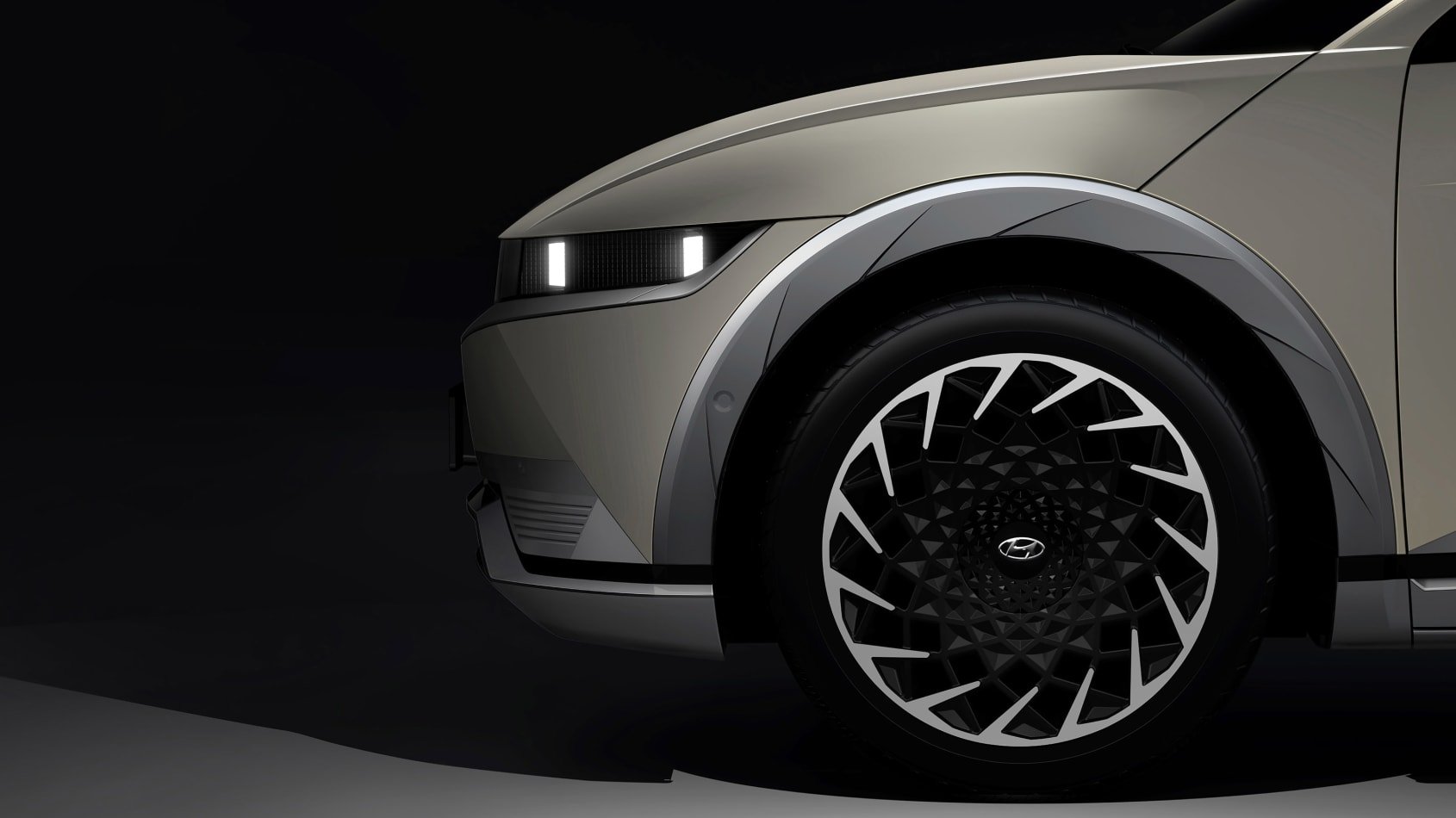 Performance details are yet to be confirmed, but the Hyundai Group has previously said that Kia’s comparably sized electric SUV will have a range of around 480km, as well as sub-20-minute recharge times.

At the 2019 Frankfurt Motor Show, SangYup Lee, Hyundai’s Senior Vice President and head of design, walked us through the 45 concept’s interior styling. He mentioned how the 1974 Pony Coupe inspired details such as the digital instrument binnacle, upholstery and badging, stating:

“Today’s digital hi-tech approach can alienate some people, so we wanted to add in some warmth – a bit of an analogue feeling to make it more approachable. Even the logos on the car and the light patterns give a touch of the 70s, and inside we wanted to produce a living room concept.”

All-electric campervan features a built-in kitchen, a folding bed and a power pack that can be recharged using a roof-mounted solar panel. This is the...
Read more
Facebook