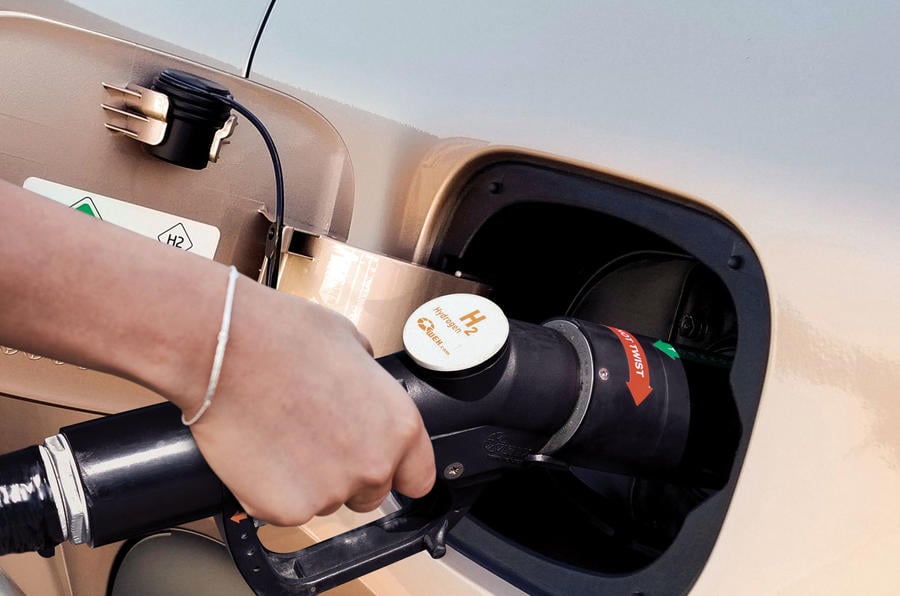 Wind farm hydrogen projects may generate and store up to 4.0 tonnes of green hydrogen per day, and hydrogen infrastructure is beginning to be rolled out.

Way back in 1999, General Motors hydrogen fuel cell pioneer Byron McCormick coined the phrase ‘energy security’, saying: “There may even be war and peace issues.” How right he was, and if ever there was a time to focus minds on the urgent need for sustainable energy, this is it.

Apart from fuel cells, there’s a slow but growing trend towards developing hydrogen combustion engines. JCB is proving that with its work on hydrogen-fuelled combustion engines and Toyota is exploring the same concept with car engines.

It has been tried in the past, of course, with port-injection petrol engines, but the poor volumetric efficiency of burning hydrogen gas in an engine designed for atomised liquid fuel meant vastly reduced specific power (kW per litre) and greater emissions. Direct injection and high compression ratios in specially crafted combustion chambers have changed that, which is why JCB and Toyota are succeeding with the latest engine and electronic hardware. That said, there are plenty of eminent engineers and scientists working in the field of sustainable energy who view batteries as a better solution for storing electricity than hydrogen. They point out that the process of sustainably generating electricity, then making hydrogen from it, then consuming energy to compress it and then yet more to deliver it to a vehicle is far less efficient than simply making electricity and storing it in a battery.

It may be possible to improve the energy equation in one leg of that process, though, by compressing the hydrogen as it’s produced through the use of high-differential electrolysis rather than a mechanical pump. Conventional electrolysers produce hydrogen at relatively low pressure, but the ‘high output pressure’ design (first tested by Honda in 2010) has since been used to fill the compressed hydrogen tanks of fuel cell cars at 300 bar. Now it’s capable of filling them at 700 bar, the pressure needed to achieve range with a hydrogen fuel cell on a par with that of conventional cars.

Apart from improving energy efficiency, there are operational benefits, too. In existing retail installations of hydrogen filling stations, 13 per cent of the time spent on maintenance goes on mechanical compressors, an overhead that could be removed from the equation.

Interest in hydrogen as a domestic gas is increasing and trials in are ongoing to assess the viability of diluting natural gas with 20 per cent hydrogen. At Cop 26, the UK government announced the Whitelee project near Glasgow, which will generate and store enough green hydrogen to power 225 buses from Glasgow to Edinburgh on a daily basis.

In Australia, the Victorian, NSW and Queensland government have aggreed to build a ‘hydrogen highway’ along the east coast using the Hume Highway, Pacific Highway and Newell Highway. For the moment, it will be used for commercial operators, but the infrastructure is coming.