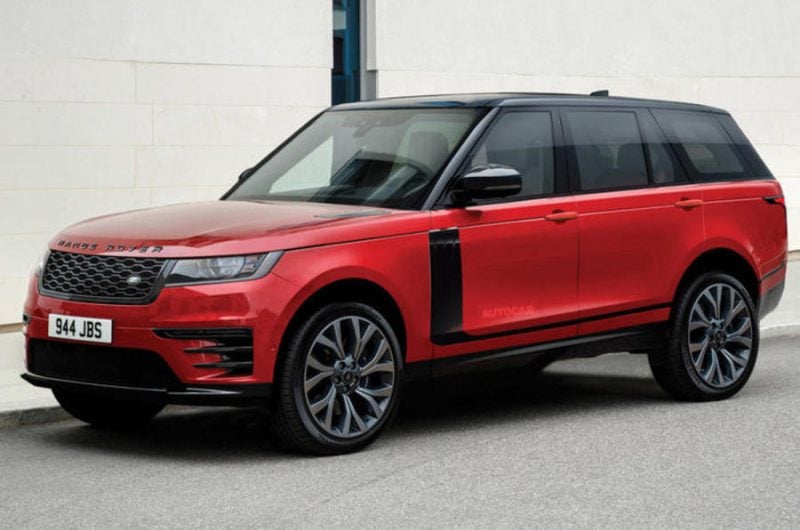 The all-new, fifth-generation Range Rover is in the first stages of testing before it hits the showrooms at the end of 2021, tasked with leading Jaguar Land Rover out of the coronavirus-induced slump that’s expected to affect the global car industry for much of this year.

Despite the closure of JLR’s production facilities and the paused launch of the new Land Rover Defender, it’s understood that there will be no let-up in the development of either the Range Rover or the battery-electric replacement for the Jaguar XJ, which will also go on sale late next year.

Pictures of a disguised prototype test vehicle show the large SUV undergoing a winter testing regime, with hot weather trials due to take place in the coming weeks. They also show how much of the stance of the new Range Rover, which is based on JLR’s Modular Longitudinal Architecture (MLA), will change. The front and rear tracks seem to be wider, it appears to have more prominent wheel arches and the prototype has rather less of a barrel-sided look than the current model.

Even with the Mk5 model in disguise, it seems Land Rover’s design studio has managed to give the SUV an even more imperious and imposing look, which is crucial to the Range Rover’s commercial appeal.

A close look at the pictures suggest that the ‘face’ of the new model is not so different from that of the current vehicle, marked out by the wide and deep grille and Velar-style slim headlight units.

The company’s new flagship will replace the current Range Rover, which was launched back in 2012, and should give JLR a much-needed high profit-margin boost just as the global economy is expected to begin to emerge from the effects of the current lockdown. 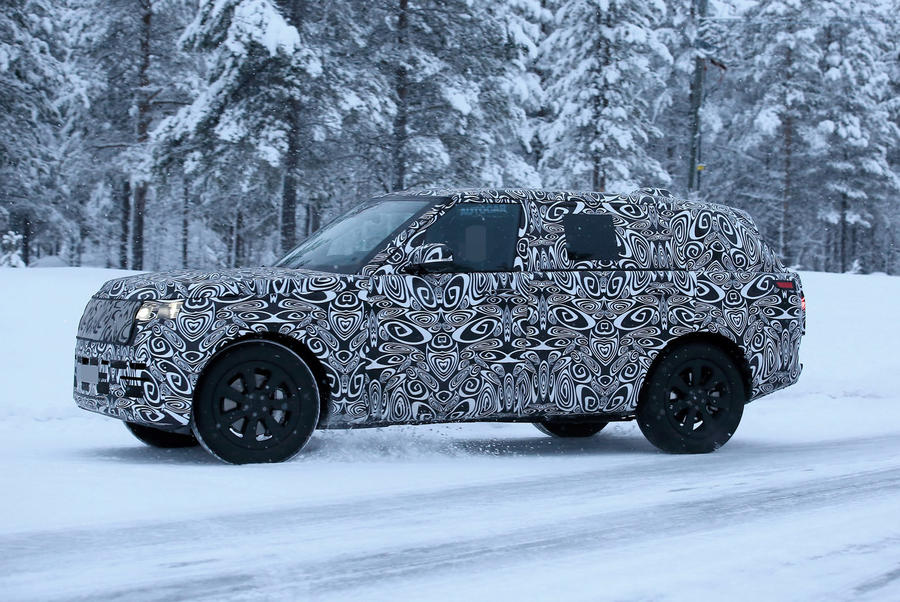 The fourth-generation Range Rover has been a very strong product for the company, selling nearly 53,000 units globally last year, only a fraction down on sales in 2018. The Mk5 will again be sold in standard and long-wheelbase forms, but that’s where the direct comparisons with the current car end.

The new model will be the first Land Rover built on an MLA structure that promises to transform JLR’s competitiveness. The new platform is expected to deliver a reduction in warranty and reliability problems as well as allowing software-over-the-air (SOTA) updates. MLA can also accommodate conventional internal combustion engines, plug-in hybrid and battery-electric powertrains.

Other advantages of the MLA’s SOTA technology could include reducing the need for dealer recalls, predictive servicing that allows dealer visits to be automatically scheduled and even user-based insurance schemes. Data generated by real-world use of MLA-based vehicles will also help inform future model development, say insiders.

Unlike today’s ageing Range Rover architecture, the new MLA platform has been designed from the outset as a ‘flex-fuel’ components set. Automotive Daily’s partner Autocar understands the Mk5 Range Rover wil make use of a BMW-sourced petrol V8 – which will be aimed at markets such as the Middle East and California – but little other information has leaked about the other combustion engine options. 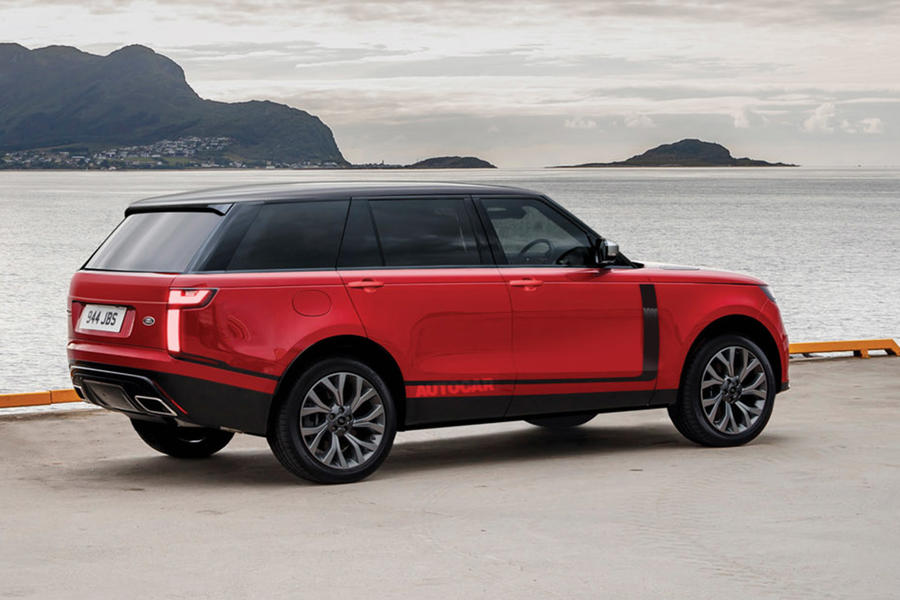 It’s known that JLR and BMW are working on developing electric motors that will be used by the MLA-based vehicles.

The focus on the production of electric drive modules (EDMs) suggests that JLR might adopt other BMW-sourced engines for the MLA platform. Considering the huge investment coming up for the planned Euro 7-compliant diesels, oil-burning engines could be a strong contender for a co-operative project between JLR and BMW. But the firm is unlikely to abandon its newly launched mild-hybrid Ingenium straight-six petrol engine so soon, so expect that to also feature at the car’s launch.

Plug-in hybrid versions of the Mk5 Range Rover are expected to have one electric motor on the rear axle as well as another embedded in the transmission. It has been claimed that the electrically driven rear axle will further improve the car’s off-road ability, because of the ability to finely meter out the torque.

A pure-electric version of the Range Rover is also being considered. The model could have a battery of up to 100kWh and electric motors directly driving the front and rear wheels. However, it’s expected that any electric Range Rover would be a limited-production model targeted at city users in Asian markets. The upcoming MLA-based ‘Road Rover’ crossover is likely to be the lead Land Rover electric car. 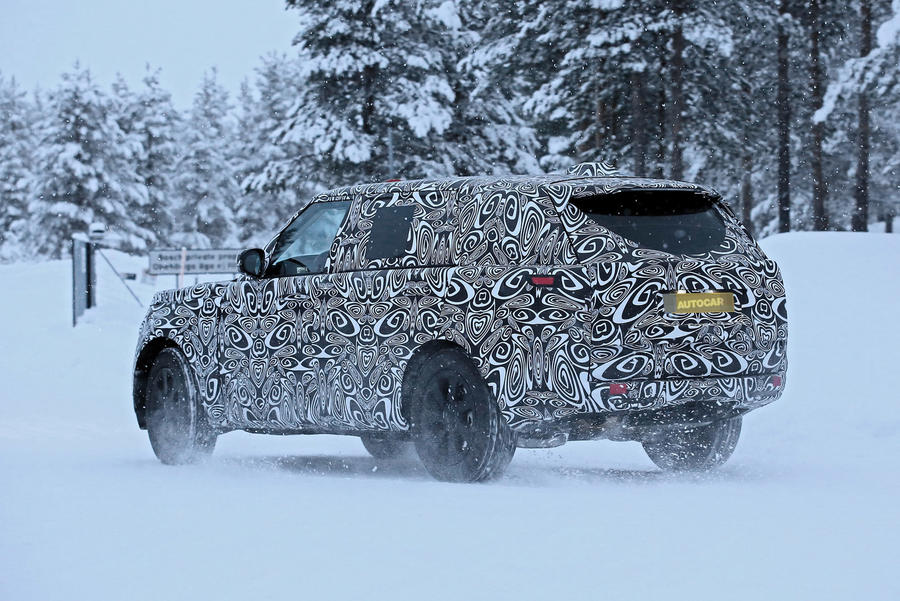 The introduction of the MLA components set, however, and the need to completely refit the Solihull and Castle Bromwich factories, is costing JLR a considerable amount of money.

According to records of a meeting between JLR chief financial officer (CFO) Adrian Mardell and a number of investment banks on 31 January this year, the investment in the MLA last year was a massive £2.5 billion (AUD$2.81 billion), although it was significantly higher the year before.

Between October and December last year, JLR spent £892 million (AUD$1.71 billion) on new investments – slightly more than the cash profit made on vehicle sales over the same three-month period.

The rolling global shutdown in the wake of the coronavirus pandemic isn’t good news for JLR, which had been greatly improving its financial position until the shutdowns in March.

Although overall vehicle sales had fallen slightly in the last three months of last year (Jaguar was down 21% year on year and Land Rover up 6%), overall revenue was up and the company’s Project Charge and Charge+ strategies had made good headway in reducing costs. The upshot was that the company made a £372m (AUD$716 million) profit between October and December.

Sales were also picking up again in China after the well-publicised troubles in 2018 and 2019. Chinese sales jumped 24% in the last three months of last year, helping to offset a 10% fall in the EU.

According to Mardell, the European sales fall was mostly because sales of the Jaguar I-Pace EV fell by 2500 in the Netherlands following taxation changes by the government. 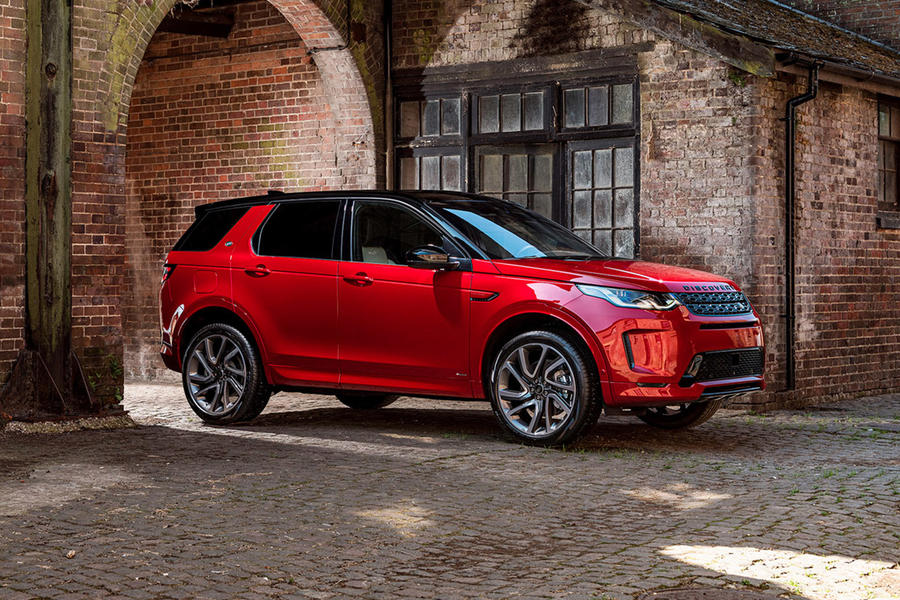 There was, however, a significant upside earlier this year, when the launch of the Defender was imminent. Production of JLR’s most important new vehicle for years began in January and the model roll-out to showrooms was due to start last month.

JLR hasn’t revealed how many Defenders it expected to build, but Mardell told bankers that orders had been “five times” what they would have expected pre-launch. He added that around a million people had completed Defender configurations on the Land Rover website, when under normal circumstances “very few” people complete online configurations. The interest was cited as another reason JLR expected the Defender to be “super-successful”.

Another crucial new model, the plug-in hybrid Discovery Sport, will be revealed and go on sale in the coming weeks, but building sales momentum in the short term will be tough.

Mardell had described this as a key model for JLR. “The Discovery Sport is our biggest seller, and obviously the market response to it is going to be important,” the meeting’s minutes reveal. “Not only from a volume perspective, but also a [CO2 regulation] compliance perspective over the next 12-24 months.”

Mardell told bankers that around 5% of JLR’s output is plug-in hybrid but that this is expected to increase by about “4-5% per year” between 2019 and 2024.

The Discovery Sport plug-in hybrid aside, it’s clear that the Defender would have provided a massive revenue boost for the company as it finalises the MLA platform and factory refit, but that lift has now been pushed to the second half of this year at the earliest. However, such a vehicle could be a blessing when dealing with subdued markets as the world economy recovers and reopens.

This year will doubtless be exceptionally rough for JLR. The shutdown disruption comes at the end of a long period of huge MLA investment, but the Defender will arrive at a vital time and could provide a crucial bridge of cash generation for the firm over the next 18 months.