It must be pretty good being Ken Block: Rally driving, shades, big sponsorship deals, and enough energy drinks to last a lifetime.

Okay, perhaps that last one’s not up everyone’s street, but there is one more great thing about being Ken Block: a large collection of spectacular Ford performance cars.

Whether for rallying or as part of his series of Gymkhana videos, Block has amassed a real mix of fast Fords, each customised to its own tastes. And it looks like another could be on the way, with Block revealing designs for what he’s calling the “Hoonifox”.

Based on a “Foxbody” Ford Mustang from the 1980s, the Hoonifox is for now limited to some incredibly detailed renderings, but given some of the other cars in Block’s garage, we’d not put it past his Hoonigan Industries business and Ford itself collaborating on a full build.

Graphic artist Ash Thorp has led the design process – between working on the designs for the new Batmobile in the next Batman movie – taking inspiration from several places, including Block’s own Hoonicorn v2, a 1960s Mustang with a 1044kW twin-turbocharged V8 and all-wheel drive. 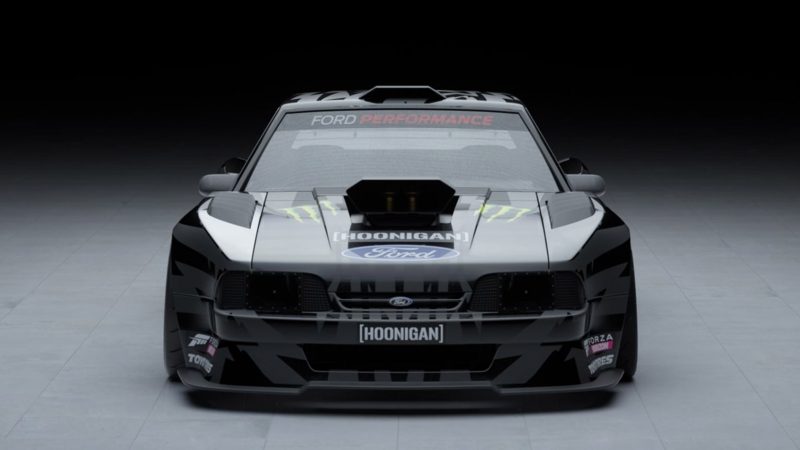 According to Block in the video, the idea came about by wishing to give other generations of Mustang the Hoonicorn treatment, with the Foxbody standing out thanks to its 1980s style. That 80s vibe led Block and Thorp down the path of the car’s scoops, slats and louvres, while Thorp also took some cues from the aggressive, wide-body look of DTM cars – and the Hoonifox certainly wouldn’t look out of place on the DTM grid.

The 80s theme has also inspired one of Thorp’s colour schemes too, with a white rendering echoing the Testarossa in Miami Vice. The main renderings you see here are a carry-over from the Hoonicorn, while Thorp was also given free rein to come up with his own dream livery, a brightly-coloured mix of 1980s-style technical graphics.

As a rendering the car isn’t technically powered by anything just yet, but the concept has been based around the naturally-aspirated V8 engine from Hoonicorn v1, before it received the twin-turbo V8. While not as potent as v2, the 410 cubic-inch Roush Yates V8 still made 630kW and 976Nm, so it’s fair to say a real-life Hoonifox would make a suitable candidate for a Miami-based Gymkhana – something Block hints at in the video. 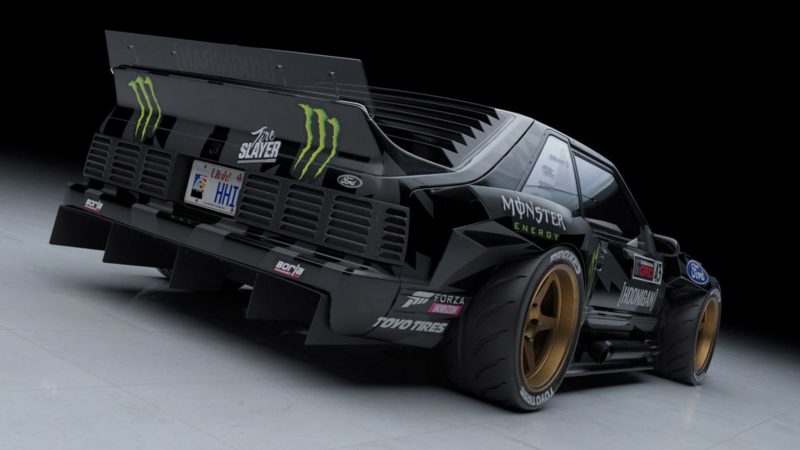 Other recent Block projects have included his modern reimagining of an old Escort Cosworth Group A car, used on several rallies in the past few years, as well as the 682kW Hoonitruck (very loosely based on a 1977 F-150 pickup), a 250kW mk2 Escort RS, and an RS200 making over 520kW. Like we said, it must be pretty good being Ken Block.