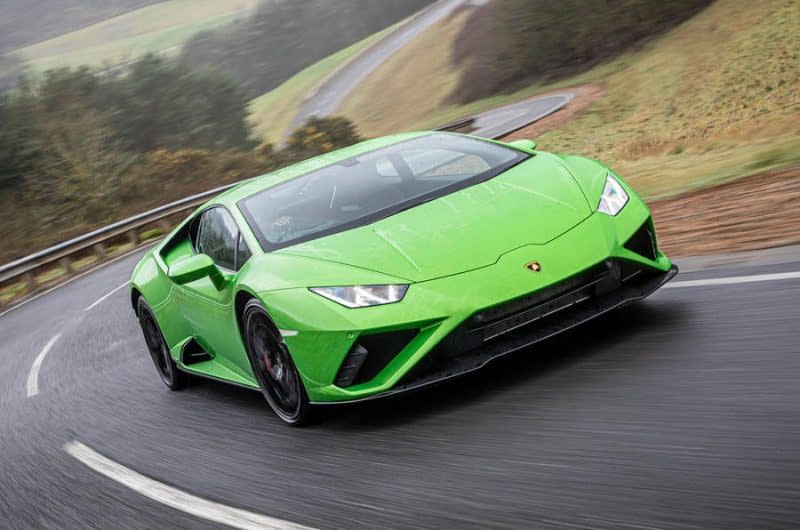 It’s the most involving car Lamborghini makes and genuinely good to drive. Could it be better even than the best from Ferrari?

Lamborghini likes to keep us waiting for the sweetest derivative of its entry-level supercar.

It’s a cruel habit, I know, and one that took root in 2009 with the much-loved Gallardo LP550-2 Balboni, which arrived a mere six years after the introduction of the original ‘baby Lambo’. There was then a delay of two years between the launch of the Huracán LP610-4 and the considerably better LP580-2. And now, only after the coupé and Spyder versions of the widely revised Huracán Evo have enjoyed generous head starts, has Lamborghini presented its latest potential gem: the Huracán Evo RWD.

As the name suggests, and as formerly denoted in Lamborghini nomenclature by the number ‘2’, this is a rear-wheel-drive model. It is also now the most attainable rung on the Huracán ladder, at $459,441, although there are some eye-watering options. The transparent engine cover, carbon-ceramic brakes and other options bring this Verde Selvans example to well beyond $500K. 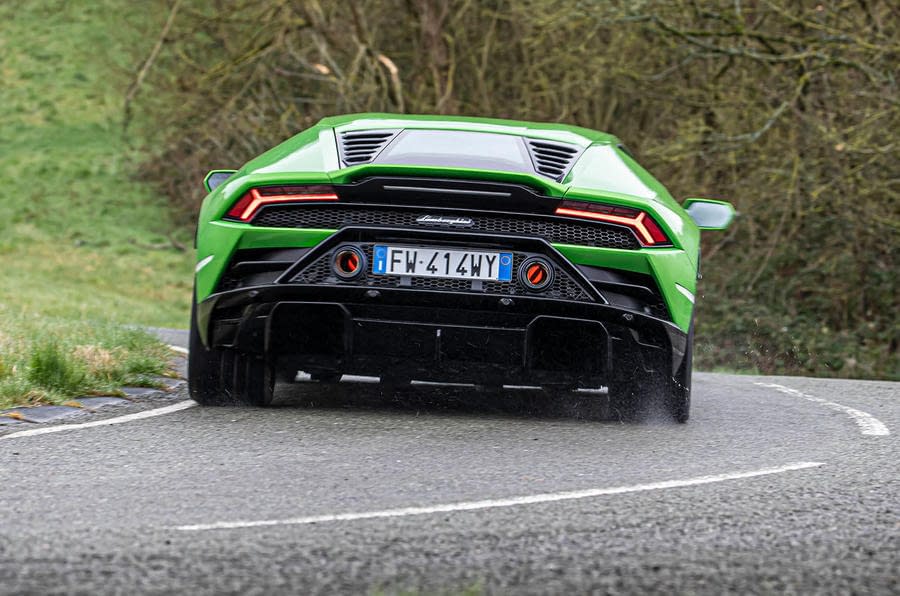 What you lose, apart from the front driveshafts, is the standard Evo’s four-wheel steering and highly effective torque-vectoring electronics. You also lose 33kg from the kerb weight and 22kW from the howling 5.2-litre V10, which is otherwise transplanted directly, titanium valves and all, from the bowels of the outgoing Huracán Performante.

It’s a nominal decrease in power, and one designed to usher more suggestible customers towards the more expensive all-wheel-drive Huracán. For the rest of us, the RWD’s 449kW, 560Nm and 0-100km/h time of 3.3sec (versus 2.9sec for the regular Evo) are more than enough to be getting on with.

The RWD is also the finer driver’s car, although what you gain from this new layout can take a moment to fully appreciate. As always with Lamborghini, you need to get the absurdity of it all out of your system before you can properly burrow under the car’s skin. When combined, the sound and the performance are as giddily pulverising as ever, and even without all-wheel drive, there’s never any issue with straight-line traction, at least on dry roads.

All you ever hear about is this magnificent engine’s top end, but so big are its lungs that you’ll have left almost anything else for dead by the time the needle has reached even 4000rpm, and from then on, things only get wilder. It’s one of the greatest road car engines ever built, no question. 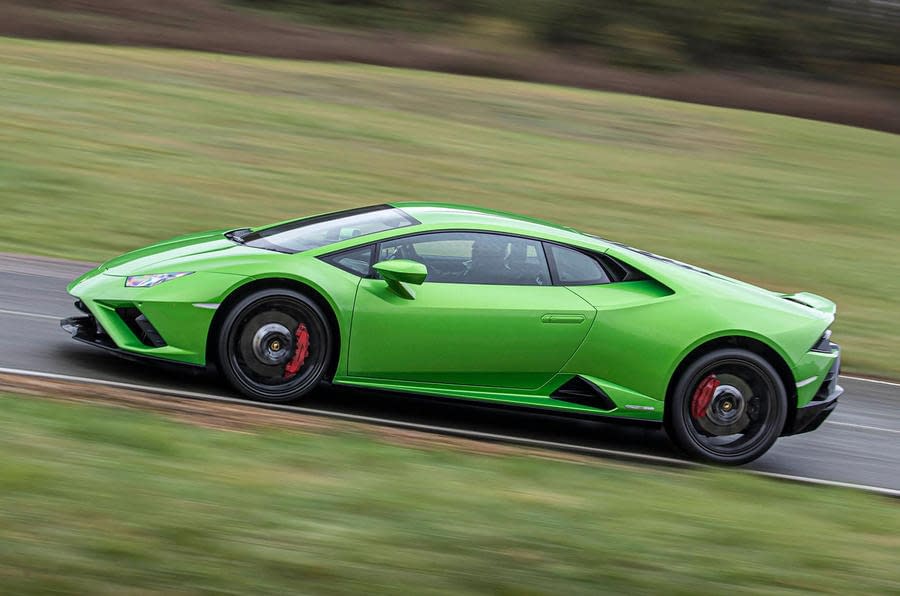 This dual-clutch gearbox is another highlight and the large but spindly paddle shifters remain a joy to use, being nicely weighted and enacting ultra-quick changes. As a method of reloading the engine for another surge to the 8500rpm redline, this takes some beating. Equally, if you want to lope about in Strada mode, with the dampers usefully softened off (Sport remains marginally too firm for the road and Corsa is straight-up brittle), this ’box goes about its business gently, leaning on the engine’s torque. In fact, drivability at low speeds is excellent and the very short wheelbase that makes the car so deliriously agile at speed also makes it easy to get along with in town. By comparison, the Aventador feels like putting an oil tanker up a canal.

But by far the best thing about the RWD is that, where the regular Huracán needs to be driven at breakneck speed in order to express itself, this new car flows more sweetly at sensible speeds and feels less frenetic. Without rear wheels that swivel, the steering rack can feel lazy mid-corner, but without the corruption of driveshafts, its initial travel is cleaner and lighter, and less unsprung mass means the front axle also rides bumps in the road more fluently. 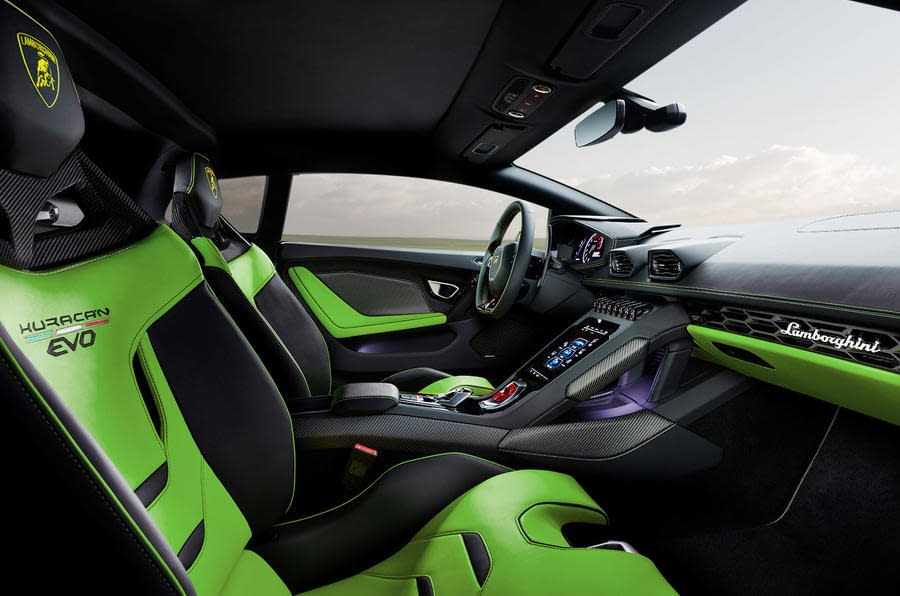 Better still, with nothing pulling the car’s nose along, there’s more of a squatting sensation at the rear through corners. Technically speaking, this is less desirable than a perfectly flat body, but it feels far more satisfying from behind the wheel. Really chase throttle and you’ll also get the rear tyres ever so slightly over-rotating with a degree of delicacy that’s beyond the regular Evo.

Equally, there’s so much grip that for outright oversteer, you need to provoke the car and use some weight transfer; and if the RWD has a vice, it’s that the tail can snatch wide sharply and requires concentration to catch. The F8 Tributo is more playful and forgiving in this sense and, just maybe, a little less authentic. 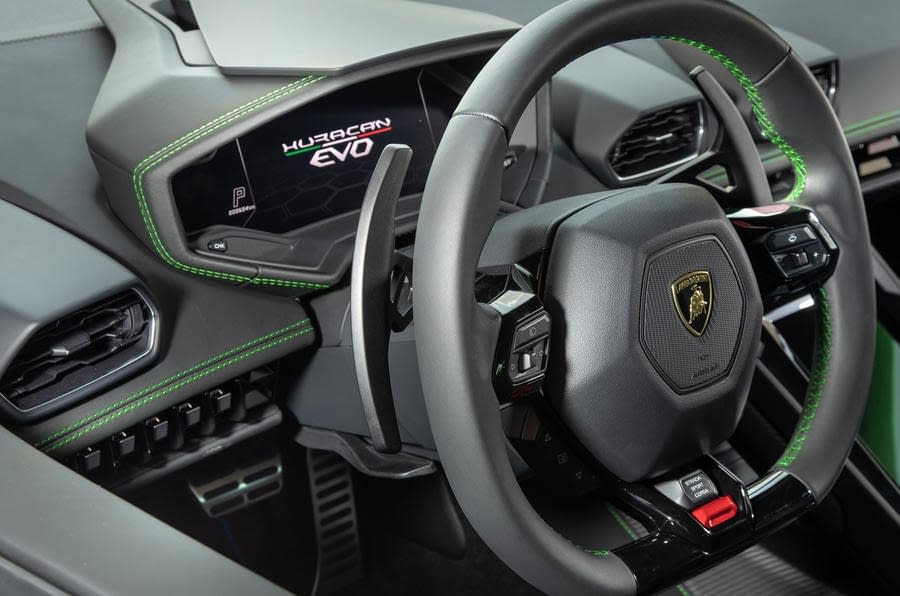 That’s the thing about this latest Huracán: beyond the noise and performance, it’s more gritty and involving than typical Lamborghini fare, and the additional polish in the steering and handling add up to something special.

Worth the wait, I’d say, and it shows what they can really do in Sant’Agata.

Only 10 Xago models will be made to promote Lambo’s virtual customisation services, with sport hexagon-themed exterior and interior details
Read more
Facebook