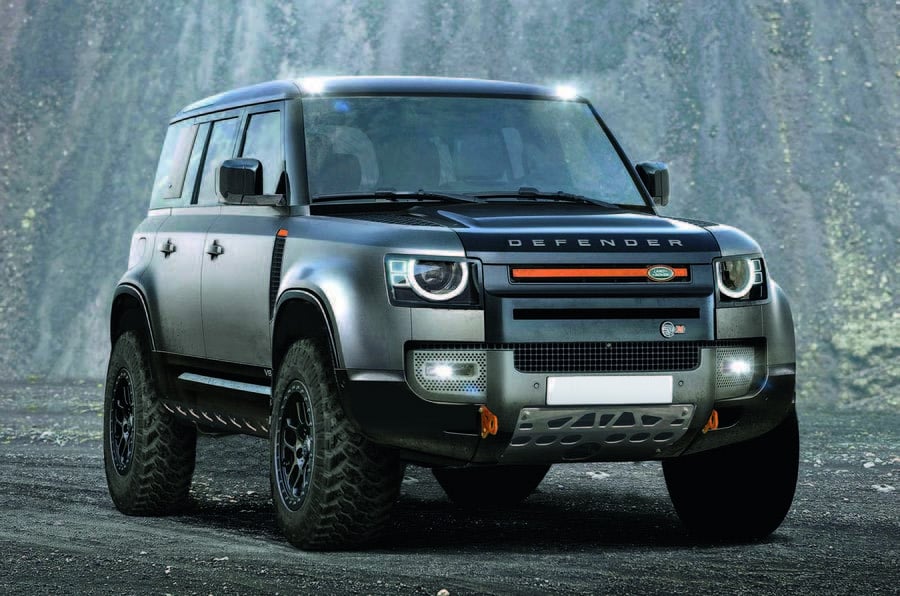 Land Rover is readying a radical new range-topping version of the Defender to take on the Mercedes-AMG G500 4×4 squared – and it could be the long-awaited spearhead for the dormant SVX sub-brand.

Jaguar Land Rover’s Special Vehicle Operations division (SVO) planned to launch the SVX brand for the most extreme reworkings of series-production models and to sell them alongside SVR and SVAutobiography cars.

The first model in this family was to be the 380kW V8-powered Discovery SVX, but that was cancelled in 2019, with Land Rover telling Automotive Daily Network partner Autocar the badge would live on for other, unspecified models. JLR design boss Gerry McGovern had earlier suggested it would “arguably” be appropriate for future Defender models. Now, as a heavily modified Land Rover Defender prototype takes to the Nürburgring Nordschleife, it seems the SVX plan could be back on.

SVO boss Michael van der Sande recently told Autocar that the division’s modus operandi is to “dial up the content of the car to nine, 10 or even 11 sometimes, depending on how crazy we want to go” – and the indications are that this new variant is the most ‘crazy’ Defender.

The quad exhausts point to the mule taking its power from the supercharged 5.0-litre V8 used by the existing Defender V8 (indeed, Van der Sande said it would be “a bit of time” before this engine is discontinued), which in that application produces 380kW and 625Nm for a 0-100km/h time of 4.9sec and a 230km/h top speed. There are no clues to any mechanical alterations, but what is clear is just how extensively it is differentiated from the standard car.

The wheel arches, for example, are heavily flared, the suspension is raised, the wheels and tyres look to be bespoke all-terrain items and there’s a set of large mudflaps to round off the look.

It’s a similar treatment to that applied to the heavily modified previous-generation Defender in the 2015 James Bond film Spectre. Other defining features of that highly exclusive creation were its external roll-cage, front winch and protective body elements. While the standard Defender V8 competes with AMG’s big-selling G63 SUV, this variant would more closely rival the more extreme G500 4×42, which is expected to enter its second generation this year.

Expect a dual focus on off-road capability and on-road pace, with a price that puts it well clear of the Defender V8.