Is a facelift enough? Land Rover hopes to rejuvenate slumping sales of what was formerly one of its best-selling models.

Land Rover has facelifted its Discovery model with new tech and revised equipment. The Volvo XC90 rival also benefits from a number of exterior revisions, an overhaul of its cabin technology and new mild-hybrid engine options. New LED headlight clusters with a jewel-like design set the daytime-running lights lower, while sweeping indicators are introduced. A refreshed front bumper brings new side strakes, while an altered front grille aligns the car closer to the latest Discovery Sport. There are new wing vents on the sides, too, plus fresh wheel designs ranging from 19in to 22in. At the rear, new-shape light clusters sweep around the back edge and are joined by a gloss black panel incorporating the Discovery badging. The designers say that their intention, particularly at the rear, was to visually widen and lower the Discovery. However, the controversial offset numberplate remains. 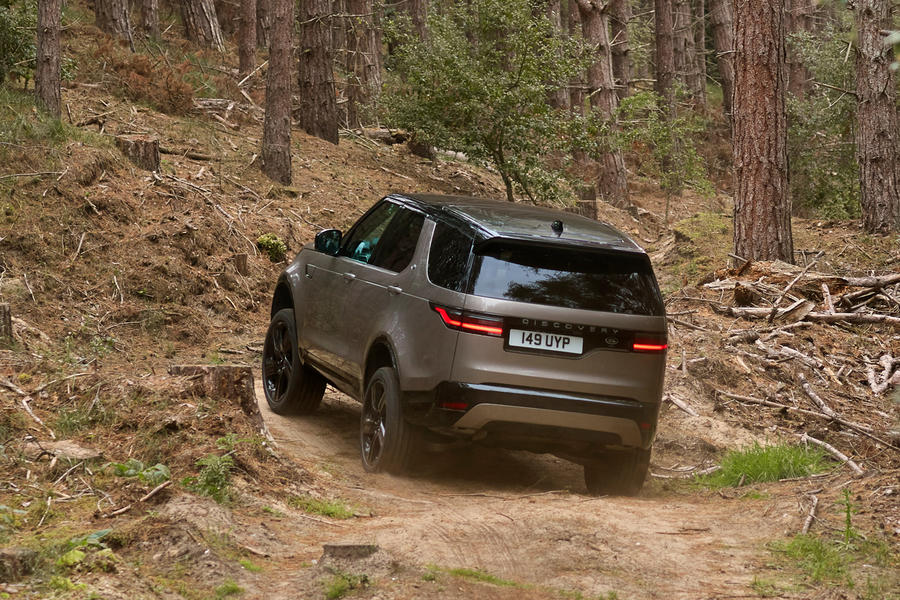 Inside, the changes to the Discovery mimic those seen on a number of recently updated Jaguar Land Rover models. The most significant is the introduction of the “faster, smarter and better connected” Pivi Pro infotainment system, which has a touchscreen that is 48 per cent larger and three times brighter than its predecessor. The system also features over-the-air software updates, plus the 360-degree cameras with Clearsight Ground View that made their debut on the new Defender. Plus, the 12.3-inch digital dials are complemented by a new head-up display.

Other additions include Wireless Android Auto and Apple CarPlay, a new wearable Activity Key, wireless phone charging, extra connectivity points throughout the cabin and a new air filtration system that can purify the car remotely via a phone app.

Furthermore, there’s a new-look steering wheel with haptic buttons and the second-row seats have been redesigned with contoured bases to improve comfort. It's not going to be easy steadying the ship, and some decisions will surely irk staff. Exciting, isn't it, to get the first clues on...
Read more