The first plug-in hybrid Land Rover Defender will go on sale next year with a 297kW powertrain capable of 44km of electric-only running and the promise that it will be “the most capable and durable” version of the off-roader.

It is not yet confirmed for Australia.

The new plug-in hybrid option is part of a range of upgrades and new varients being introduced as part of the Defender’s 2020 model year line-up. Meanwhile, the short wheelbase Defender 90 variant, which was delayed due to the impact of Covid-19 lockdowns, has now been priced from $71,500 before on-roads. It will be available next year.

The new Defender P400e plug-in (PHEV) will be offered only in long-wheelbase 110 form initially and uses the same powertrain as the Range Rover and Range Rover Sport. This mates a 221kW 2.0-litre four-cylinder petrol engine to a 104kW electric motor.

The Defender P400e features 20-inch wheels and electric air suspension as standard, with its powertrain tuned to allow electric-only running in low-range mode both on and off-road. It can tow up to 3000kg.

Charging of its 19.2kWh battery comes via a Mode 3 connection using a charging power on the left of the vehicle, while a Mode 2 connector available as an option. An 80 per cent charge takes around half an hour on a 50kW rapid charger. Regenerative braking is also used. 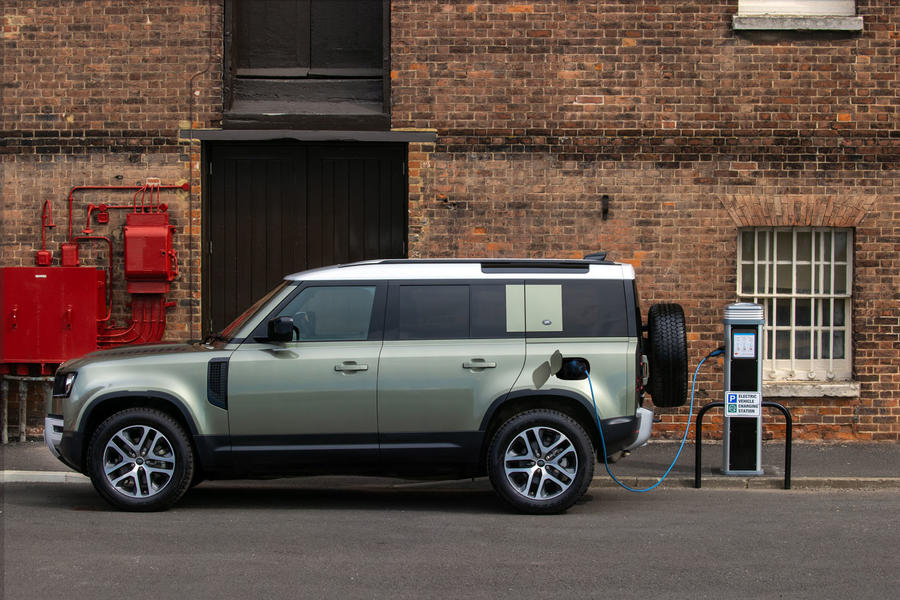 It will be offered with the same mild hybrid petrol (not available in Australia) and Diesel engines offered in the larger 110, with the P300 and P400 petrol units joined by the D200, D250 and D300 diesel units.As with the 110, all the Defender 90 models use an eight-speed automatic gearbox. Petrol versions feature all-wheel-drive, while the Ingenium diesels use the new intelligent all-wheel-drive system.

The 90 features the same approach and departure angles as the 110, and Land Rover claims improved breakover geometry when fitted with the option electronic air suspension. The smaller machine also benefits from a turning circle of 11.3 metres.