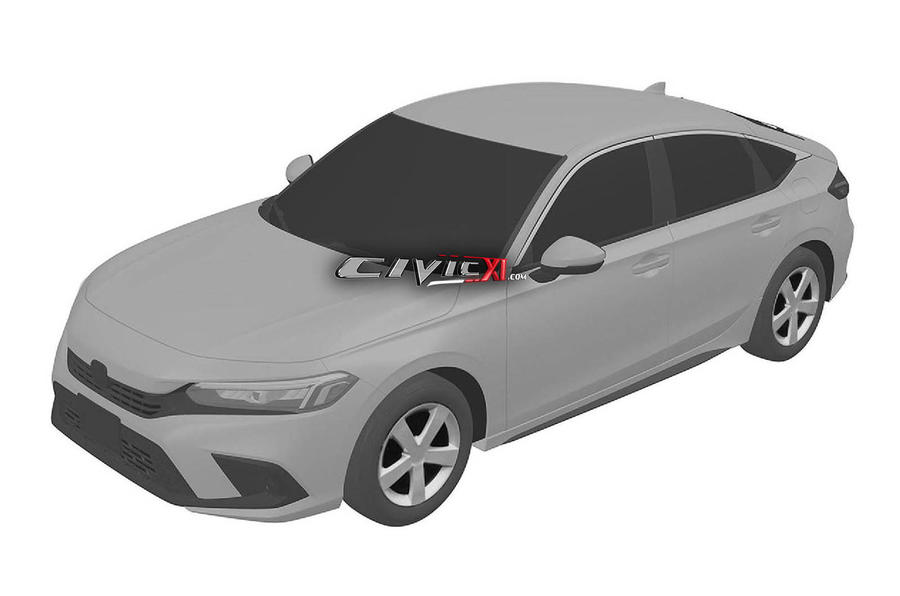 The eleventh-generation hatchback will be less aggressively styled, losing its angular headlights and spoiler.

Honda is developing the eleventh-generation Honda Civic for launch in 2022, and leaked patent filings have given us our first hint of the hatchback’s design.

The patent images were exposed on the CivicXI forum and reveal subtle but important changes to the Skoda Octavia rival, similar to those exhibited by the recently spied next-generation Civic Type R performance variant.

At the front, the headlights are less angular and the grille has been significantly narrowed, while the body looks to have been made longer and wider, possibly to bring the car into line with the larger Accord that Honda sells in the US.

The tail-lights have also been reworked, as is the case with the 2022 Type R.

The new Civic will have a less sporty appearance than the current model, with the patents suggesting that Honda has removed the outgoing car’s distinctive liftback and spoiler.

Automotive Daily understands that the next Type R will be a hybrid, and it’s all but confirmed that this technology will be available on the standard car, too, as Honda has vowed to make all its European sales electrified by 2022.

It has also been suggested that the new Type R will use a powertrain in the vein of the Honda NSX supercar, which pairs a twin-turbocharged 3.5-litre petrol V6 with three electric motors.

The patent images gives little clue to the upcoming interior, but shots of the Type R suggest we can expect a reworked steering wheel and dashboard design, alongside a dashtop-mounted touchscreen.

A Honda spokesperson declined to comment on the images.