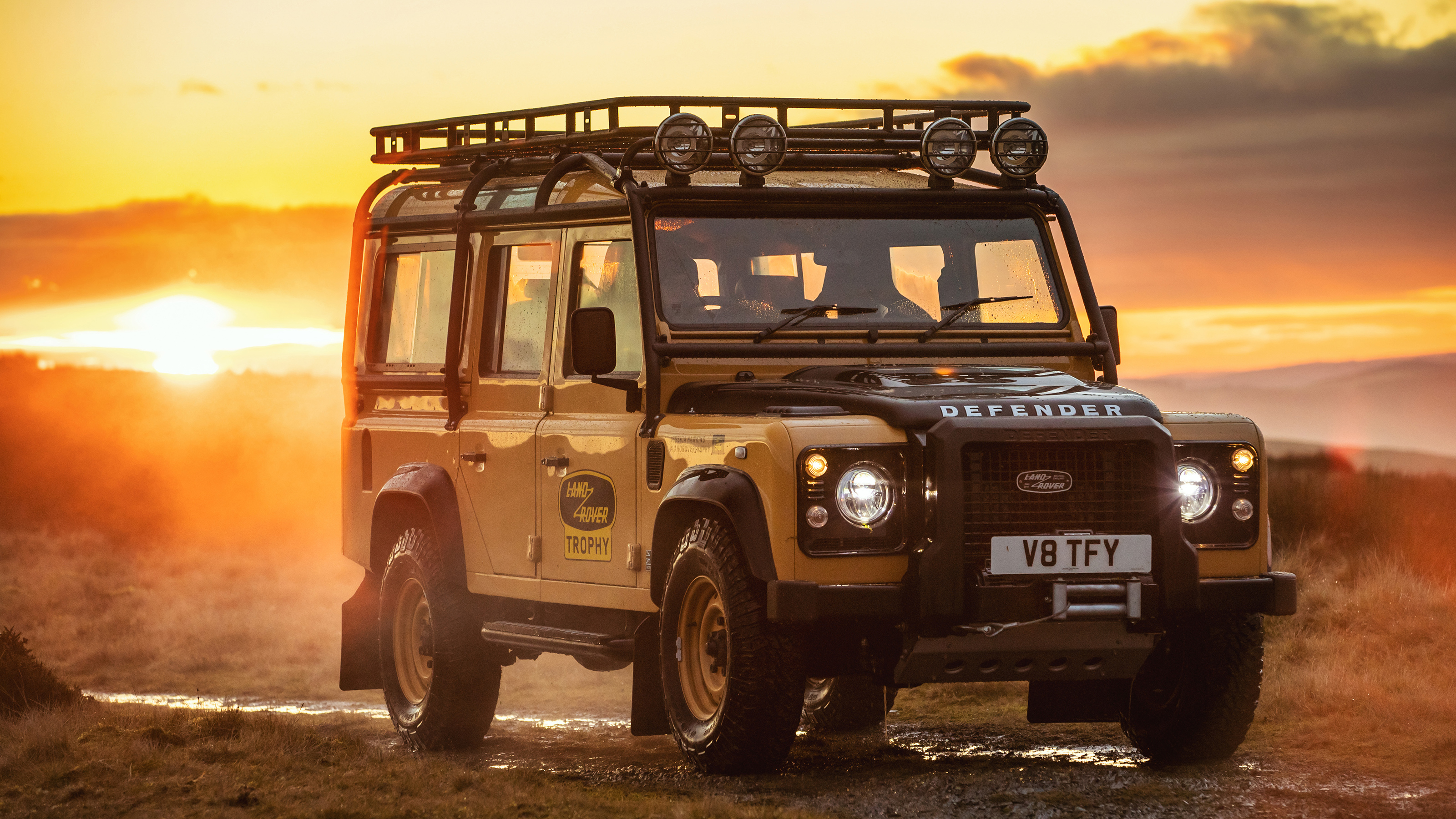 This is the new Land Rover Defender Works V8 Trophy. It’s a modified version of the previous generation version of the company’s iconic 4×4, built by Land Rover Classic and designed to pay homage to the brand’s Camel Trophy-winning off-road racer from 1989.

Prices start from AUD$350,000 for the short wheelbase 90 model – and production will be limited to just 25 examples.

Bob Ives’s famous Camel Trophy-winning 1989 Defender was powered by a 2.5-litre four-cylinder diesel engine. However, this new homage features Jaguar Land Rover’s 5.0-litre V8, which churns out 297kW and 515Nm. The engine is mated to an eight-speed automatic gearbox and sends drive to all four wheels via a two-speed transfer box. Buyers also get a range of functional and cosmetic exterior revisions, including a front winch, a roof rack, a snorkel intake and LED spot lamps. There’s also some extra safety equipment, such as underbody protection panels and an externally mounted multi-point roll cage. The car’s bodywork is also finished in a similar shade of yellow as the original Camel racer, while its wheel arches, bonnet and rear door are finished in contrasting Narvik Black. LED headlamps also come as standard, along with a heritage radiator grille and special edition “Land Rover Trophy” badging. Inside, the Defender Works V8 Trophy gets a unique clock for the dashboard and JLR’s classic infotainment system, which has been designed to look like the original car’s stereo. Land Rover has also added a pair of Recaro seats, trimmed in black leather upholstery and contrasting yellow stitching. Later this year, buyers will be invited to compete in an exclusive three-day challenge at Eastnor Castle in Herefordshire. The event will be the first time customers will drive their new cars and each buyer will receive tuition from a team of seasoned drivers – including stunt driver and Land Rover ambassador Jessica Hawkins.