Jeep appears to be readying a new seven-seat SUV according to new images.

Spy shots taken in Italy show a heavily disguised test mule apparently based on the brand’s mid-sized Compass model. While that car’s front-end design can be made out, the rear half of the vehicle is almost completely hidden from view.

What we can see, however, is a wheelbase that appears substantially longer than that of the standard Compass and a further elongated rear overhang. Although Jeep has yet to comment officially on the shots, it’s highly likely that this is a testbed for an upcoming three-row model. It looks markedly different from previously seen prototypes of the next-gen Grand Cherokee, though, and appears smaller in size. 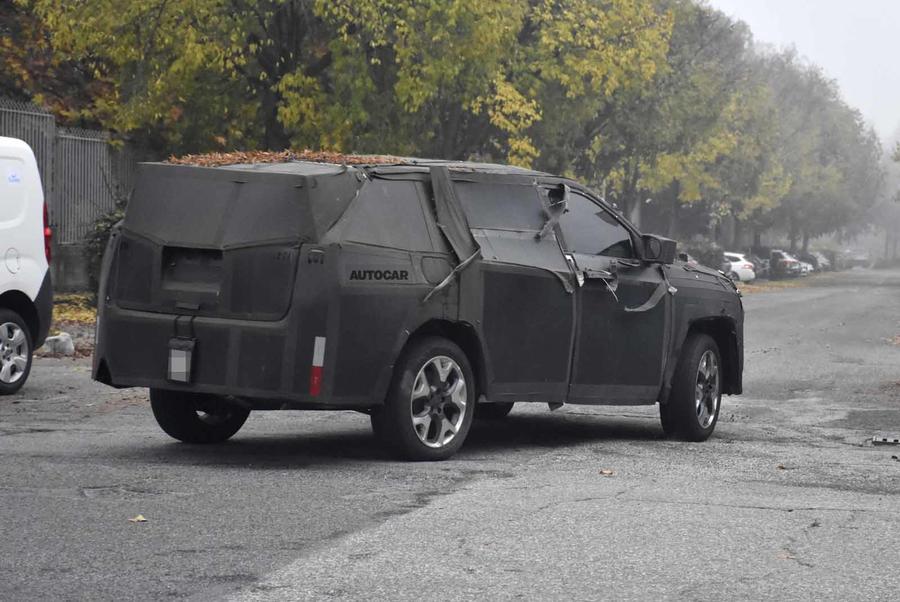 What remains unclear is whether the car will effectively be a seven-seat version of the Compass or a new model in its own right. Despite the clear base of this mule, it’s entirely possible that Jeep is simply using an existing bodyshell and adapting that SUV’s platform for a related but separate model.

Certainly, a seven-seat Compass would give Jeep a vital competitor to a number of three-row models, including the Volkswagen Tiguan Allspace, Peugeot 5008 and, looking more upmarket, models such as the Land Rover Discovery Sport and Mercedes-Benz GLB. Jeep hasn’t offered a true seven-seater since the Commander, which sold in limited numbers between 2006 and 2010 before being axed. Late former Chrysler CEO Sergio Marchionne famously called that car “unfit for human consumption” shortly after production ended.

The brand recently revealed the Grand Wagoneer concept, a flagship SUV with the option of seven seats taking aim at the Range Rover Sport and BMW X5. However, that car is also unconfirmed for other markets, although bosses previously told Automotive Daily’s exclusive partner Autocar the model is still under consideration for other markets.