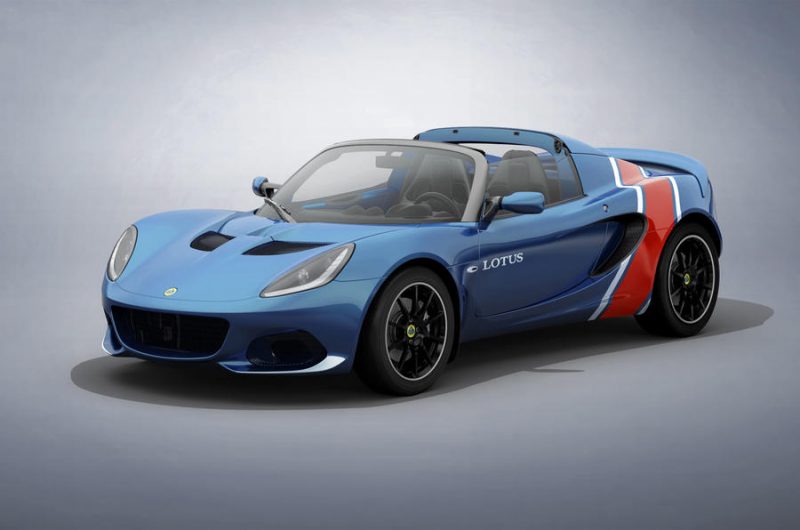 Classic Heritage Edition Elise can be painted to match four of Lotus’s most famous race cars.

Lotus has unveiled a range of commemorative liveries for its Elise sports car, each inspired by the brand’s motorsport heritage.

The four new paint schemes are available on the limited-run Elise Classic Heritage Edition, which also features extra equipment as standard over the Elise Sport 220 on which it is based.

The model can be painted in a black and gold scheme that pays homage to Emmerson Fittipaldi’s 1972 Type 72D Formula 1 car; a red, white and gold design similar to that of Graham Hill’s 1968 Type 49B; the blue, red and silver of Nigel Mansell’s 1980 Type 81; and a two-tone blue and white paint job that resembles the livery of Lotus’s 1960 Monaco Grand Prix-winning Type 18.

As well as their bespoke paintwork, each Classic Heritage Edition Elise will be fitted with a numbered build plaque. Just 100 examples will be made and customer demand will dictate the final numbers of each variant.

The Heritage Edition commands a £6,350 premium over the standard Elise in the UK, roughly $12,000 here, but comes equipped as standard with features that would add roughly twice that to the price of a Sport 220.

The upper door trims and seat inserts will be coloured to match the exterior, except on the blue and white car, which features red Alcantara seat centres.

Buyers can choose to upgrade their Heritage Edition Elise with optional extras such as a lightweight lithium ion battery, glassfibre removable hard-top and titanium exhaust system.