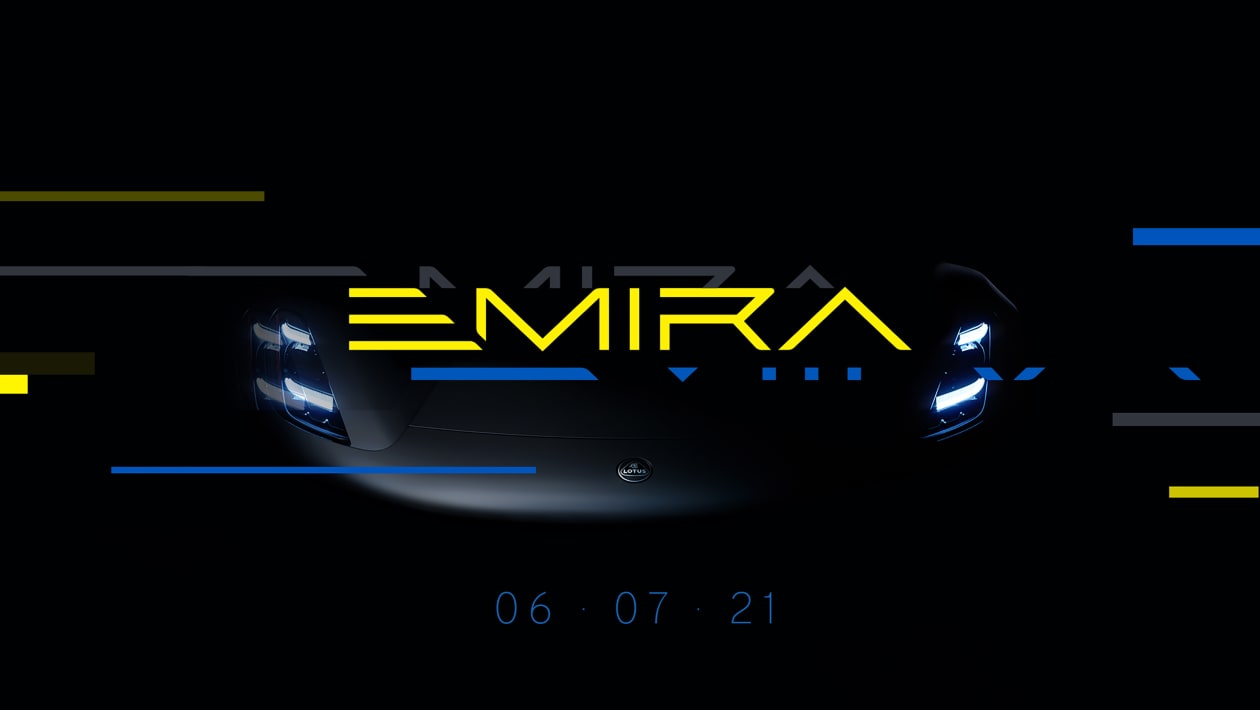 Lotus’s new sports car will be called Emira – and it will kick-start a major technology and product push from the British brand as it triples production within two years and introduces new models, including ‘lifestyle’ vehicles, by the second half of the decade.

Loosely labelled the spiritual successor to the fabled Esprit, the Lotus Emira will be unveiled in full on 6 July before making its dynamic debut in front of the crowds at the Goodwood Festival of Speed. It will be offered with a choice of two powertrains, including a “small-capacity, high-output” engine sourced from outside the Geely Auto group that Lotus is now a part of.

The company’s recently appointed CEO Matt Windle has confirmed to Automotive Daily that the engine partnership is an entirely new one for Lotus, and that the combustion motor that will be used in the Emira is an inline four-cylinder unit.

This combustion-engined solution will be the last of its kind in a Lotus model, however, because all of the plans beyond Emira focus on pure-electric vehicles. “Emira is one last hurrah for the petrol engine,” Windle told us.
“It’s the bridging car that takes us from the old to the new. We’re signing off from the combustion era with a fantastic car that really is the most accomplished Lotus we’ve ever made. It mixes technology, performance, usability and a beautiful appearance; I really think people will be quite surprised by this car.” Our exclusive images show how the Emira – codenamed Type 131 – could look when it arrives this summer. The car’s design is said to be a more affordable evolution of the themes that were introduced on Lotus’s all-electric hypercar, the Evija. And this may extend to further use of what the brand’s chief designer, Russell Carr, calls “porosity” – the through-ducts in the bodywork that channel air, particularly at the rear.

“There is essence of Evija in Emira,” Carr told us. “We’re talking about a very different price point, a different architecture. But we certainly think of those philosophies of design – making the car look aerodynamic and lightweight, making it function aerodynamically, making it look agile. We’ve drawn on inspiration from Evija.”

It’s one of four new platforms the firm has in development, the other three are electric platforms supporting hypercars like the Evija, new sports cars, such as the next-generation Alpine A110, and what Lotus calls ‘lifestyle’ models – more than likely SUVs.

With the Emira, Lotus bosses have promised that the company intends to “stay true” to its enthusiast base and existing price positioning – no great surprise, given that the Emira needs to carry the torch of the brand’s three recently axed sports cars: the Elise, Exige and Evora.

Speaking to Automotive Daily last year, Uday Senapati, Lotus’s Executive Director of Corporate Strategy and Product Management, said that although there is no immediate plan to replace these cars, the company does not envisage any major deviation from its current pricing structure – broadly speaking, between around $100,000 and $200,000.

“I can’t share with you all what the future holds but for now, we’ve taken the difficult decision to axe it [the Elise],” Senapati said. “We’re not about to say we’re going to bring it back, either. You never know, but currently the decision is to stop it.

“However, we’ve had a great fan base and customer base over the 73 years of Lotus history; we have 100,000 cars out there. We’re not going to ditch those customers and those values. We’ll stick to who we are. The DNA doesn’t go away. And the price points will be similar, even when we’re talking about pure-electric cars. That, you can imagine, is a massive challenge, but we will be in the price points where people would like to see us. And higher as well.”