Maserati gearing up to unwrap its first electrified production model tomorrow in the form of a hybrid version of the Ghibli sedan.

Previewed in a series of tweets, the new Ghibli Hybrid appears largely identical to the existing conventionally fuelled car, which was launched back in 2013. One official clip, shown below, implies that the electrified model will be marked out by a new side vent design, indicating that Maserati will use blue trim details to designate its electrified cars.

Our soul fused with the future.The Ghibli Hybrid’s side vents are sparked with a new energy. https://t.co/vq6rVw6z6Y#SparkTheNext #MaseratiGhibli #Maserati pic.twitter.com/f13FXqxsSP

Currently, the Ghibli is available with a choice of two 3.0-litre V6 engines: a petrol ranging in output from 257kW to 316kW and a diesel with 202kW. The diesel has been by far the most popular option throughout the model’s seven-year life, but the new hybrid powertrain is likely to be based around a petrol engine, given the increasing need for manufacturers to reduce NOx emissions.

The new variant is expected to arrive alongside a series of technology and hardware upgrades for the Ghibli to bring it into line with newer rivals including the Audi A6, BMW 5 Series and Mercedes-Benz E-Class, all of which offer both mild-hybrid and plug-in hybrid options already. 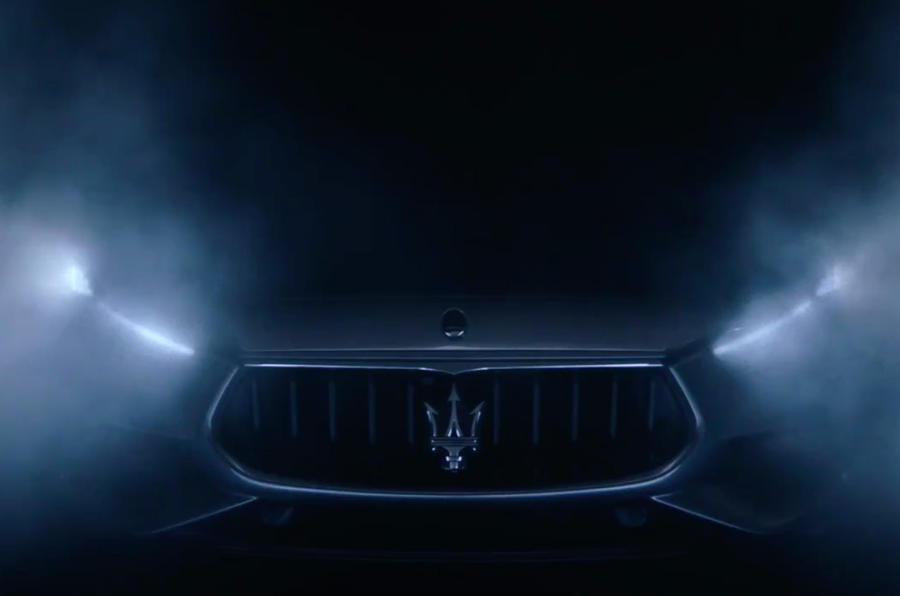 A 50-kilometre-plus electric-only range is likely, while Level 2 autonomous functions are expected to feature as well.

The Ghibli Hybrid is the first step in Maserati’s bold ‘Spark the Next’ strategy to electrify its range of luxury saloons, grand tourers and SUVs. Following it in 2021 will be an electric version of the successor to the Granturismo and Grancabrio sports cars, previewed earlier this year, although that will also be available with a petrol V8.

The brand’s pivotal MC20 sports car, set for a delayed unveiling in September, is also expected to be available in electric guise. If so, it will be the first mass-production electric two-seat sports car since the original Tesla Roadster went out of production in 2012.