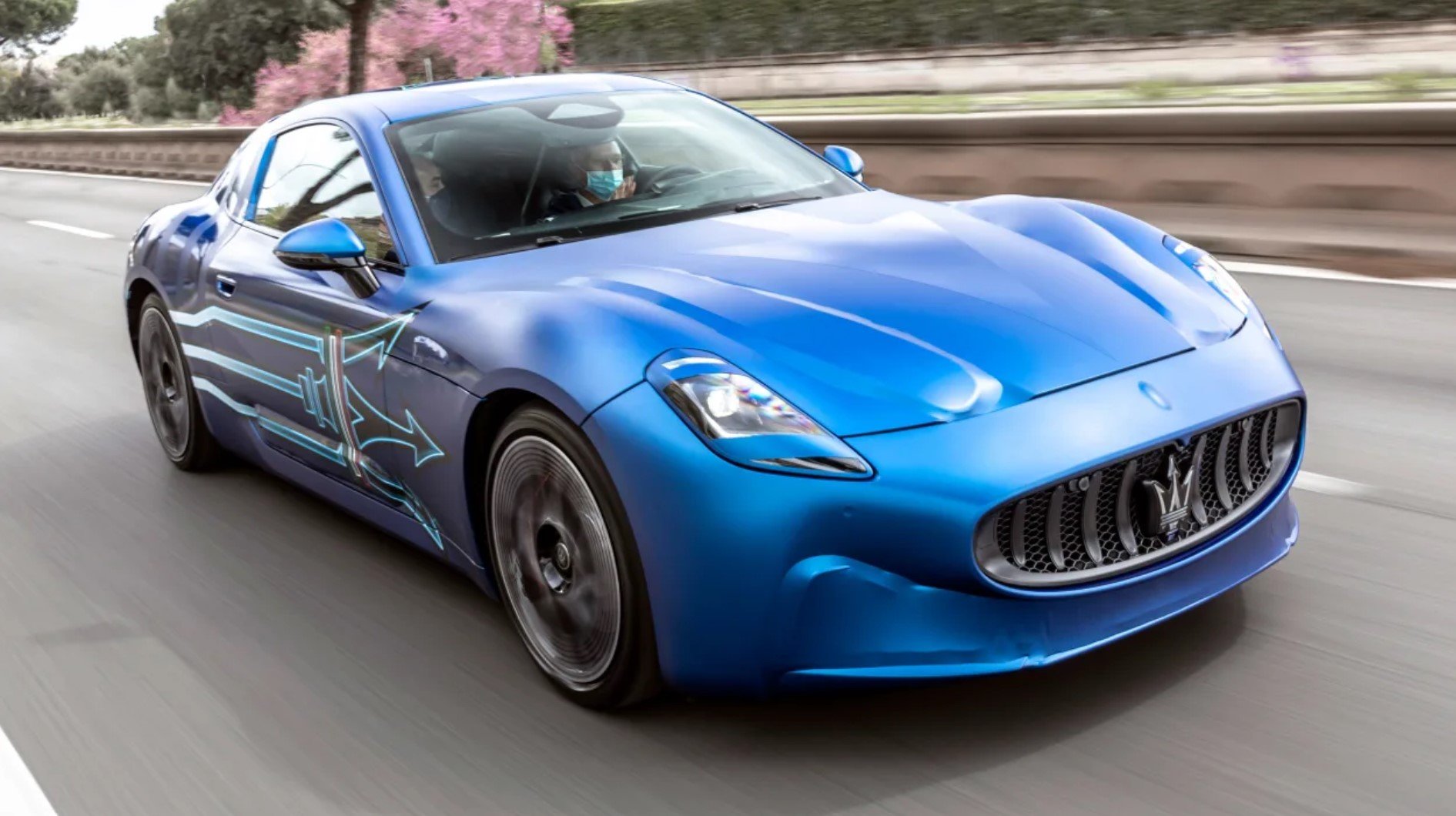 Maserati has given us our best look yet at its first ever production electric car, ahead of the model’s arrival in 2023. Called the Maserati GranTurismo Folgore, it’s a fully-electric variant of the next-generation

The car will be the launch vehicle for Maserati’s all-electric future but will probably also be available with V8 power when it goes on sale. As part of Maserati’s announcement of future participation in Formula E from 2023 onwards, a prototype version of the GranTurismo Folgore was driven around the Rome E-Prix circuit at this weekend’s race. Translated from Italian to English, Folgore means ‘lightning’ and this nameplate will appear on all of Maserati’s future full-electric cars. The brand has now revealed specifications for the new GranTurismo, as well as a full timeline for the roll-out of its ‘Folgore’ electric car range.

Maserati’s head of product planning, Francesco Tonon, outlined that the GranTurismo Folgore will deliver “way more than 1200bhp (895kW) installed power” from its tri-motor all-wheel drive system, which will result in a 0-100km/h time of less than three seconds. A top speed of more than 300km/h has been confirmed.

While the brand did not outline any predicted range figures, Tonon did say that the maximum driving range from a full charge will be “satisfying for our customers.”

Maserati’s CEO Davide Grasso went on to detail the brand’s rollout plan for its future EVs when it comes to timescales, with the Grecale and GranCabrio Folgore models also set to launch next year. By 2025 the Italian luxury brand will also reveal a fully electric version of its MC20 supercar, as well as all-new electric versions of its Levante SUV and Quattroporte sports saloon.

Given Maserati’s recent commitment to the Formula E race series, it also outlined that its future sporty models – including the GT – will feature technology transfer from race track to road. The GranTurismo Folgore will benefit from Formula E inverters, with a ‘bone’ battery for optimal weight distribution and to keep the car’s centre of gravity low.

The GranTurismo, GranCabrio and Gercale Folgore won’t make use of parent company Stellantis’s forthcoming STLA platforms, preserving their identity as Maseratis, according to the brand. However, as the next Levante and Quattroporte will be electric-only, offering Level 3 autonomous driving capability. These vehicles could use the Stellantis STLA Medium platform, offering a range of up to 700km.

The GranTurismo and GranCabrio will still be sold with combustion engines and Tonon believes that there is still a market for combustion-engined luxury GT models. “Today, the market for an ICE version, especially on a car like that, is absolutely still there. What we are trying to do with Folgore is give the consumer a choice and a different kind of experience.” While the GranTurismo and GranCabrio will be available with Maserati’s new ‘Nettuno’ twin-turbo V6 engine, an all-electric variant poses an issue for the soundtrack, a key Maserati characteristic.

Tonon said that in the Folgore models “you will not hear an ICE V6 fake sound, it’s about being authentic. The engine is different, so we took the electric motors and we tuned this sound to be a truly raw Maserati. It’s not fake. It started with the electric motor sound tuned to be iconic, unique and Maserati.”