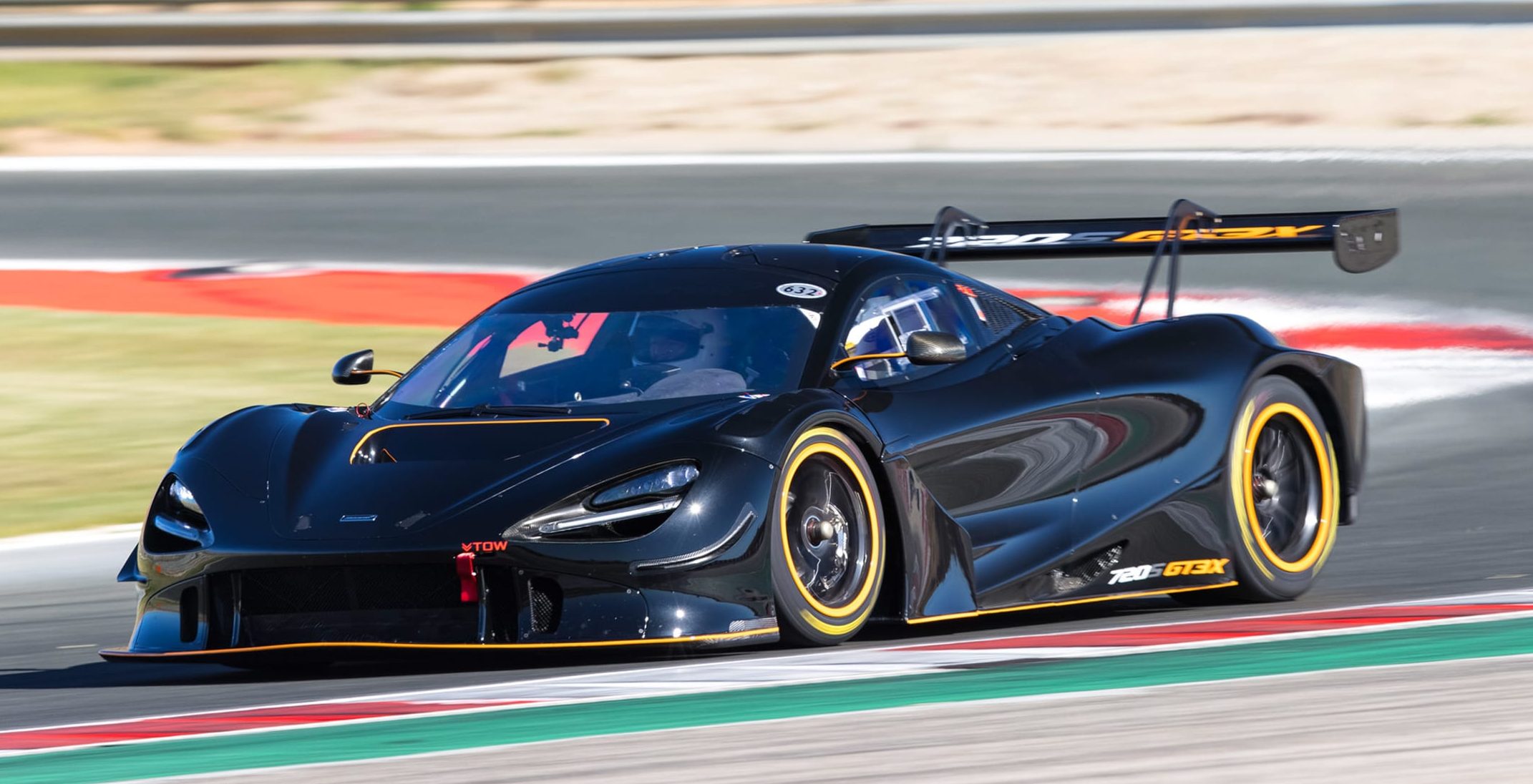 McLaren’s 720S GT3X track car might struggle to make much sense financially, but it’s like almost nothing else when you unleash its full potential.

On the surface, the McLaren 720S GT3X seems little more than an expensive version of McLaren’s 720S GT3 racer without a power and torque-sapping restrictor attached to comply with FIA regulations. But look a little deeper, and its limited production run, extra aero bits and two-seater cabin make it a very different animal to the GT3 on which it’s based, says McLaren, hence the extra half a million it costs above the racer. So far it’s sold half of the 15 examples that are due to be made in the next year or so. McLaren Australia doesn’t officially offer the car but there’s nothing stopping anyone from shipping one in for racing given it is an unregisterable track car.

Yet the question of whether the £720,000 (AUD$1,318,000) McLaren is asking for the 720S GT3X is just a cynical and rather obvious means of McLaren squeezing more profit out of its racing department is one I can’t help but wonder as I squeeze myself into its busy and cramped two-seater cabin. In isolation it’s a mighty piece of kit, of course it is. The twin-turbo 4.0-litre V8 engine produces a peak of 552kW with its push-to-pass system engaged, alongside 769Nm. So it has more (but not that much more) poke than a road-going 720S, and a huge jump on the 447kW of the restricted GT3 racer. And when you factor in its 1210kg “dry” kerb weight, bespoke sequential X-Trac gearbox and diff, and the not so small matter of its capability to produce over 800kg of downforce, it does seem like a different prospect beside the existing versions of the 720S – be that road car or GT3 racer.

Of the two, though, it’s certainly more GT3 racer than 720S beneath the skin. The GT3 racer generates a lot less power than the X, and it doesn’t have as much downforce even though it uses the same rear wing. But that’s because the twin-turbo V8 is forced to breathe through an air restrictor and aero limits are set by a motorsport governing body. Without such restrictions, a standard GT3 racer would end up with something not a whole lot less powerful – or grippy – than a GT3X. Point is, you can’t help wondering where your extra $500k goes when you ‘upgrade’ to the X version of the 720S GT3. And because of all this technical freedom, irony has it that you won’t be able to race your X in any meaningful racing category, not unless you turn it back into GT3 specification, and you can see where that particular argument ends up heading.

So in one fairly obvious sense, the GT3X is a track car without a portfolio. A bit like Lamborghini’s Essenza SCV12, which is also a machine that will never be raced, can never be used on the road, and which is being offered with an enormous price tag to customers who want the ultimate track-ready expression of a road car they probably own several examples of already. But if exclusivity is key, and you feel your life is incomplete without a car that will, in theory, blitz just about anything that turns up at any track day, then the GT3X could be just your kind of car. Something the numbers don’t tell you is that the X is a relatively easy car to drive, and drive quickly even after only a brief amount of time behind its button-festooned wheel. There are no high peaks of aerodynamic grip or a powertrain that requires any great mastery. Instead, you climb in, fire it up, depress the clutch, select first, give it plenty of revs, let the clutch out smartly and away you go.

The twin-turbo V8 delivers a big hit of wheelspin if you give it a boot-full in second or third along a pit lane on cold slicks, but once the big Pirelli tyres have begun to warm up there’s not that much more straight-line thump, subjectively, than you get from a 765LT. Not to begin with, anyway. It feels extremely rapid, yes, but not insanely so, and the boost build up is actually quite gentle. You still need to work up to what it can do, even with the switchable TC system set to a middling level – there are six different stages to choose from, same with the ABS. But it’s not a car you start driving a bit more quickly and think: ‘jeepers I need to be seriously careful here, otherwise this thing will tear me to pieces’.

The steering is light, the brakes aren’t at all snatchy, the braking power itself is immense, and the diff is also quite soft in its response. The gearbox is fantastically responsive to your inputs, too although you do need to be close to full beans to exact a nice smooth upshift. Same on the way down, when you must be decently on the brakes before it will downshift properly. What’s harder to get your head around straight away is the downforce. The longer you spend behind the wheel, the more you begin to trust the aero. You can carry more speed the harder you push, so the faster you’re going the more grip you have. Keep building speed and you realise you can sustain it through the corners, the brakes then also operate at a huge capacity, building to some astonishingly fast lap times that go far beyond either road or race 720S. It’s here the GT3X realises its potential.

So in the end, and after a couple of decent sessions, I couldn’t help but climb out thinking; yes, this thing is probably worth every penny to its intended audience. And I’m honestly not sure you’d ever quite think that of the GT3 car, which has almost as much grip, can stop just as well, but doesn’t go as hard in a straight line. And we’re talking about several seconds a lap difference in the right hands, not just a few tenths here and there. To some, this will be the only thing that matters; the extra speed the GT3X has up its sleeve, above and beyond the GT3 racer. To others it will be an expensive irrelevance, a car that has no purpose or place in life. Either way, it’s still an amazing thing to drive around a track, not least because it’s an awful lot less scary than it looks.

As mentioned, the 720S GT3X is around £720,000 (AUD$1,318,000) – a significant rise on either the 765LT road car or 720S GT3 customer racer. Yet this arena of unlimited racer is an expensive one, with other cars of a similar disposition such as the Lamborghini’s Essenza SCV12 or Ferrari FXX-K all priced way over seven figures.

That said, much of the draw of those types of track toys is that they aren’t related to a specific racing car, avoiding the inevitable comparison to cheaper, but ostensibly similar machines. What the 720S GT3X is worth to you is in reality all that matters.