It has to be said that there are some hurdles to clear here; a few things to get your head around first. The Elva costs $2,680,000.

They were going to build 399, until they announced it would actually be only 249. Until it was reduced to be 149. And they’re still not all sold.

You might have a mental image of the person who would choose to buy a McLaren without a roof or windscreen and even suspect his or her motives for doing so: is it a car to drive or just to be seen in?

And I understand all that. But on that last point, I can help, having now driven one on mercifully quiet roads and then around the Goodwood race track in the UK. Whatever else you might think about the Elva and whether some or more of its owners choose to or not, it’s a car for driving first, second, third and fourth.

I hadn’t taken this for granted.

The new Aston Martin V12 Speedster, lovely and lovelier to regard though it is, isn’t a car for balls-to-the-wall driving. The Elva, by dint of being not just the most powerful non-hybrid McLaren but also the lightest of all since the F1, is a car that more than makes good on the promise of its appearance. However mad it looks, it’s madder even than that.

It’s not a car for the self-conscious. McLaren supplies each Elva with a pair of bespoke, aerodynamically sculpted helmets, but I preferred to wear the bulletproof (yes, literally) sunglasses that come with it too.

To operate, the Elva is much like any other McLaren, save that the chassis and powertrain modes are now on rocker switches a finger’s stretch from the steering wheel.

Trundling through the suburbs enjoying the excellent ride quality, there’s plenty of time to consider the Active Air Management System (AAMS) that flips up in front of you. To call it a wind deflector is to sell it stupidly short. Air sucked in through the front of the car is turned through 130deg inside the car, then spat out of a vent on the bonnet, creating an enormous ball of air travelling in the wrong direction, which then punches the main air flow upward, forcing it up and over your head. You only have to raise an arm into that elevated flow to realise the job it’s doing.

But here’s the thing: it’s still not a windscreen, nor even close. But thanks to a few US states in which you can’t sell a car without a screen, one is now a no-cost option that I would take in a heartbeat. When the roads clear and you let loose, the sensation of speed as the Elva accelerates might be the greatest I’ve experienced in a road car. More power and less weight than the McLaren Senna combined with exposure to the elements provides a unique sensory experience. But to use it properly, you need a track.

Although I was told that the Elva is track-capable but not track-optimised like the Senna, I actually preferred it. Because it has relatively little downforce, you don’t get the sense ever-present in the Senna that the limitations of its street tyres are holding it back. It just joyously attacks the circuit, sounding better than any McLaren since the F1 as it does so. There’s a playfulness, a wonderful balance and that sense of it being hardwired into your thoughts that you get only with really light, beautifully set up cars. And it makes straights simply vanish – even at Goodwood, where the main one is quite long. Emerge from Lavant, let it rip, gear, gear, pause, gear, BRAKE! It feels like that.

It might not sound that vast a compliment to pay a car costing this much, but its feel is that of the best- sorted Caterham Seven you could imagine, turned up until the dial comes off in your hand. And I know some will now ask why one wouldn’t then save $2.5 million by buying a Caterham, or an Ariel Atom, or any other similarly impractical sports car. But to those who do buy an Elva for its look, its exclusivity and its name, the answer is that it’s not a calculation it would occur to them to make. 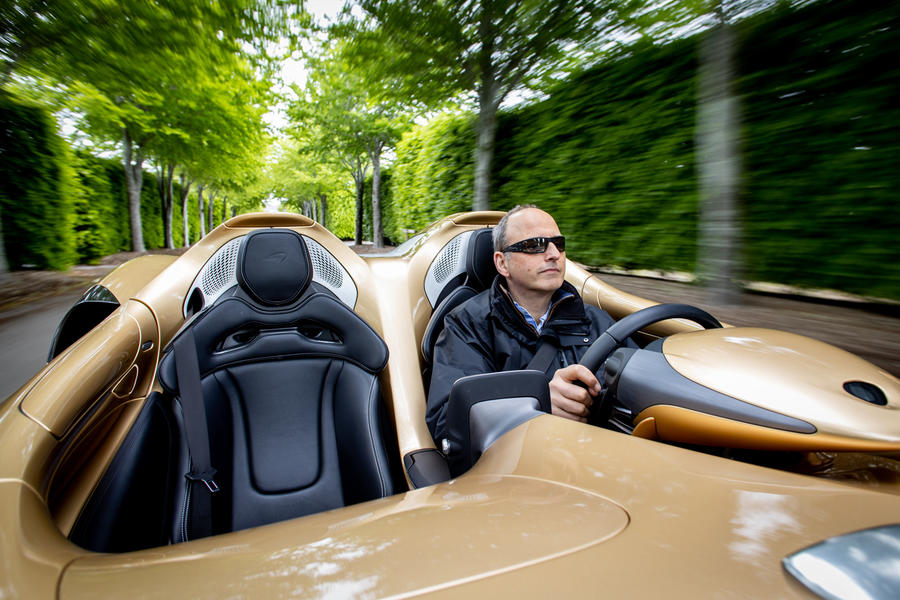 I know some will still sneer at its impracticality and price and jump to probably accurate conclusions about its abbreviated production run, and I get that.

But it would be a shame were that to obscure what is also the truth about the Elva, and an important one at that: this is the most fun car that McLaren Automotive has produced in its 10 years to date, which, for the maker of the Senna, P1 and all those LTs, is quite a back catalogue to beat. 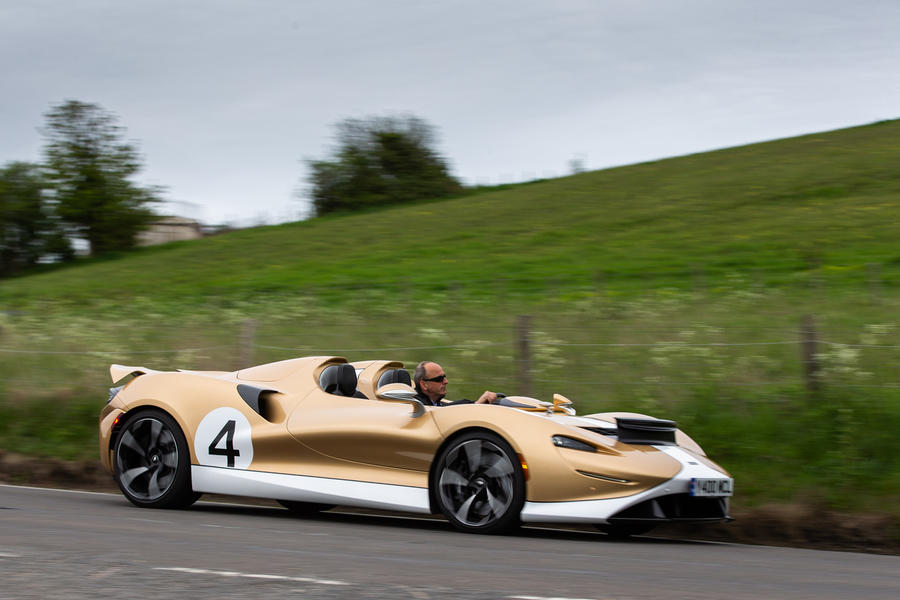