Mercedes-AMG has broken its lengthy silence over the delayed Project One hypercar programme by releasing new images and details of the car’s advanced testing phase.

The 745kW-plus all-wheel drive model, which uses a hybridised 1.6-litre V6 adapted from that of Mercedes-AMG’s championship-winning 2017 Formula 1 car, will simply use the ‘One’ name for production. The car was originally due in early 2019, but it is understood that date was pushed back because of engineering struggles that have included getting the complex powertrain to comply with WLTP emissions standards using a petrol particulate filter without compromising performance.

Testing has now moved beyond static processes and is focused on test tracks. The company is using its Immendingen proving ground with the objective of “reaching a new dimension of driving dynamics and performance for a road-going vehicle”. 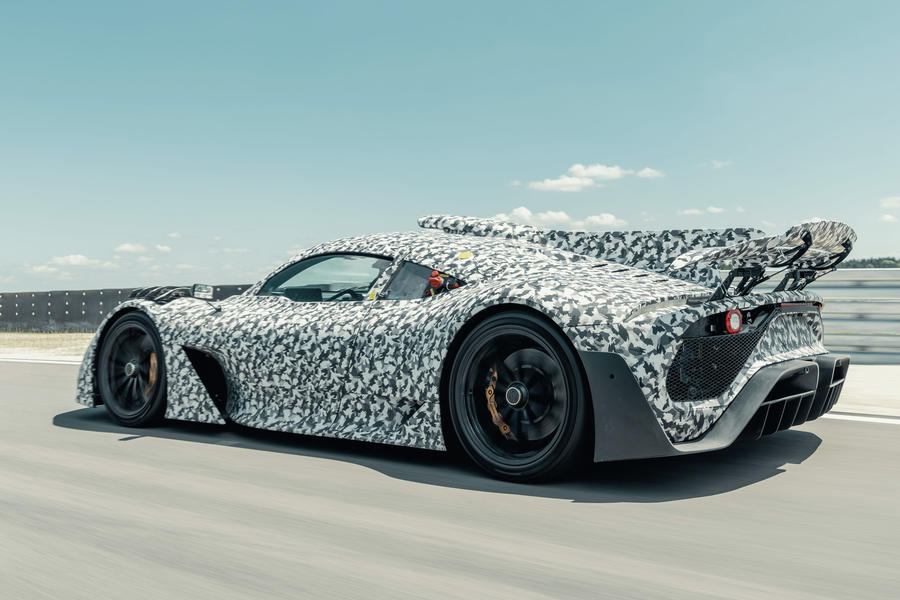 Development targets include the engine delivering “perfectly in terms of everyday performance” and being able to operate solely in all-electric mode for up to 16 miles. It is not yet clear if the car will be able to meet the concept’s performance claims of a 350km/h top speed and 0-200km/h in six seconds. Testing will soon move to the Nürburgring, where the firm is likely to attempt some sort of lap record once tuning is complete.

Further details of the One, including its production-spec unveiling, have yet to be given. However, customers have been told to expect their cars to be delivered “throughout” 2021.

Mercedes-AMG GT63 PHEV to be revealed at Munich