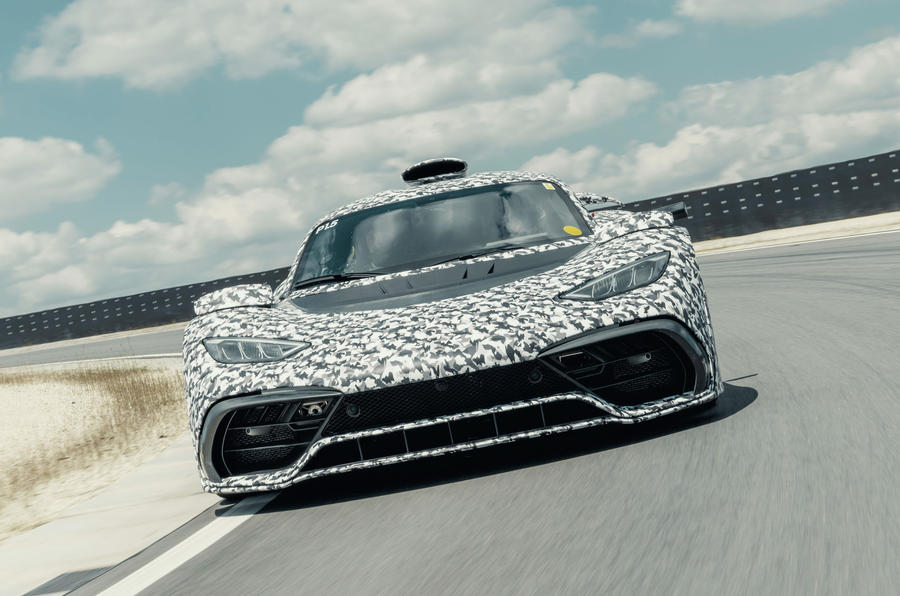 The long-delayed Mercedes-AMG One hypercar – first shown in 2017 and since held back by a series of development problems – will finally make its debut in production guise this Wednesday (1 June).

The reveal date for the Mercedes-AMG One was confirmed on twitter by Mercedes-AMG’s Formula 1 team – reinforcing the technical ties between the road-going hypercar and Lewis Hamilton’s F1 racer. It didn’t go so far as to name the One in its teaser, but a silhouette shown briefly in the video is unmistakably the Aston Martin Valkyrie rival.

The reveal date confirmation comes shortly after Mercedes-Benz CEO Ola Källenius joked that the company’s board must have been “drunk” when they agreed to the delayed and troublesome hypercar, adding that it was finally ready to reveal the production car.

“The team at AMG and the [AMG] High Performance Powertrain Formula 1 arm came to us about four years ago and said ‘we’ve got a great idea, let’s put a Formula 1 engine into a road car’. I will have to go back to check the meeting minutes, but I’m sure we were drunk when we said yes,” Källenius said in Monaco in answer to a question about when the One would appear in its final form. The original 750kW Project One concept was revealed in 2017, and the car’s development has since been beset by delays due to the complexities of adapting the F1 powertrain for the street.

The 750kW-plus four-wheel-drive model, which uses a hybridised 1.6-litre V6 adapted from that of Mercedes-AMG’s championship-winning 2017 F1 car, was originally due in early 2019. Mercedes last year said that production of the 275 examples would start in 2022 and that each had already been sold for a price of €2.27 million (AUD$3.62 million).

Källenius said the car will neatly link the company’s F1 activities with its road cars. “It demonstrates that our engagement with F1 has direct effect on the AMG brand,” he said. Mercedes will also post a “very honest documentary” about its progress on the project, said Bettina Fetzer, its head of marketing.

“Very honest” suggests Mercedes has realised that its struggles to get an incredibly difficult project off the ground could show the company in a good light as it worked around the problems, perhaps taking inspiration from F1’s warts-and-all Drive to Survive documentary series by Netflix.