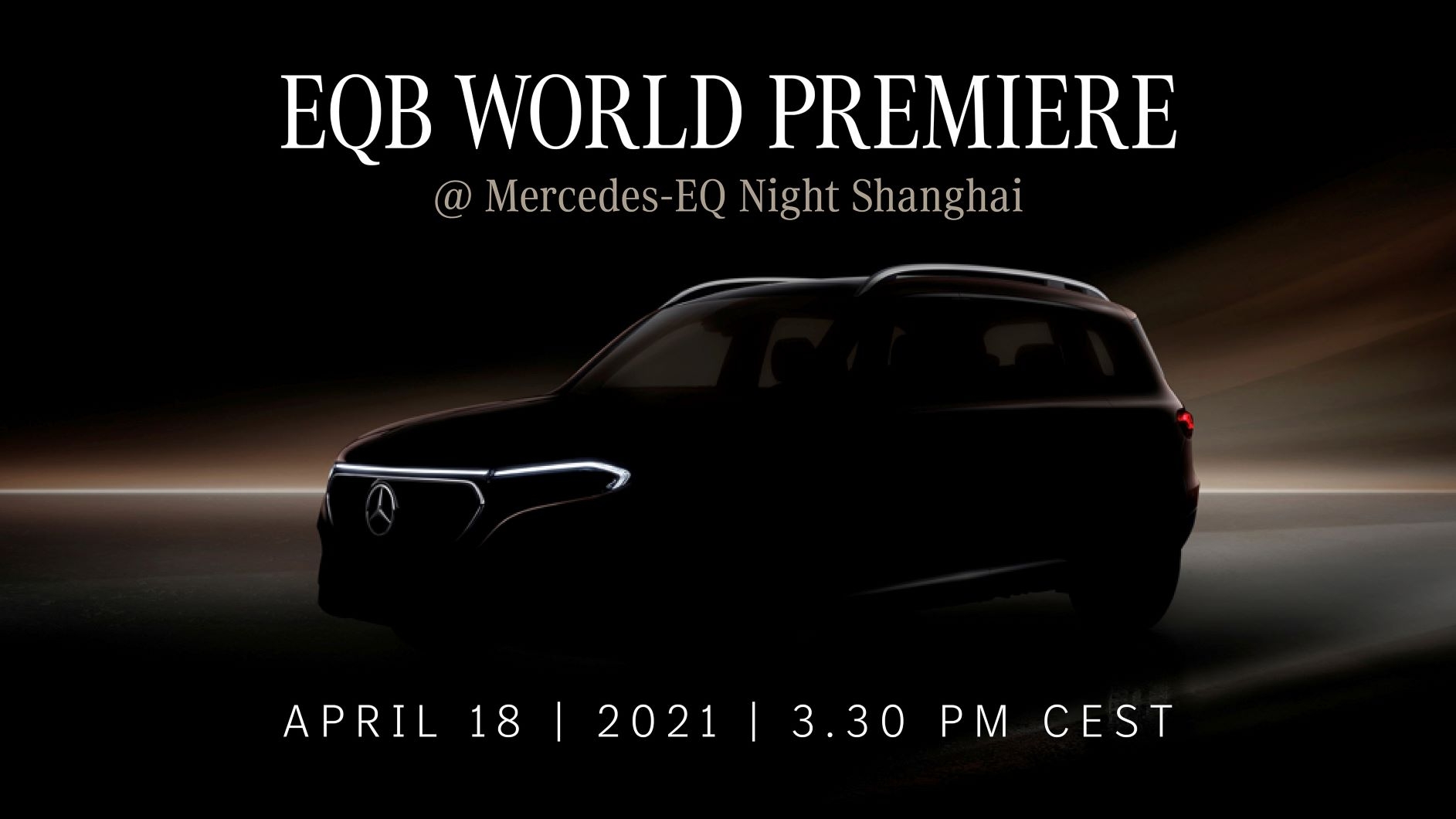 The expansion of Mercedes-Benz’s electric vehicle line-up shows no sign of slowing as the firm teases its EQB electric SUV ahead of the imminent Shanghai motor show.

Featuring a seven-seat layout – a rarity in electric cars – and a large boot of up to 1700 litres, the EQB sits on a modified platform shared with the combustion-powered GLB.

However, like the GLA-based EQA, the EQB will get unique front and rear styling elements, dedicated wheel designs and other detailed design changes that are said to lower its drag coefficient below 0.30Cd.

Technical details remain scarce ahead of the unveil, but the car is rumoured to run a 60kWh battery with a claimed range of 500 kilometres. It will use two electric motors, with one powering the front wheels and the other driving the rear wheels – a similar set-up to its EQA sibling.

The GLB is the eighth model to be based around Mercedes’ MFA II platform, and it shares its wheelbase with the China-only long-wheelbase A-Class. At 2789mm, its wheelbase is 60mm longer than those of the other A-Class models, while a relatively long rear overhang ensures the GLB provides more luggage space than the GLA.

With production centred in Hungary and Beijing, the electric EQB launches in China initially before European sales follow later this year. Australia and the US will get the car in 2022.

When it’s unveiled this Sunday, the EQB will expand Mercedes’s electric offering to a total of five cars: the EQA, EQC, EQV and EQS. An EQE saloon is also due later this year, along with two further electric SUVs.