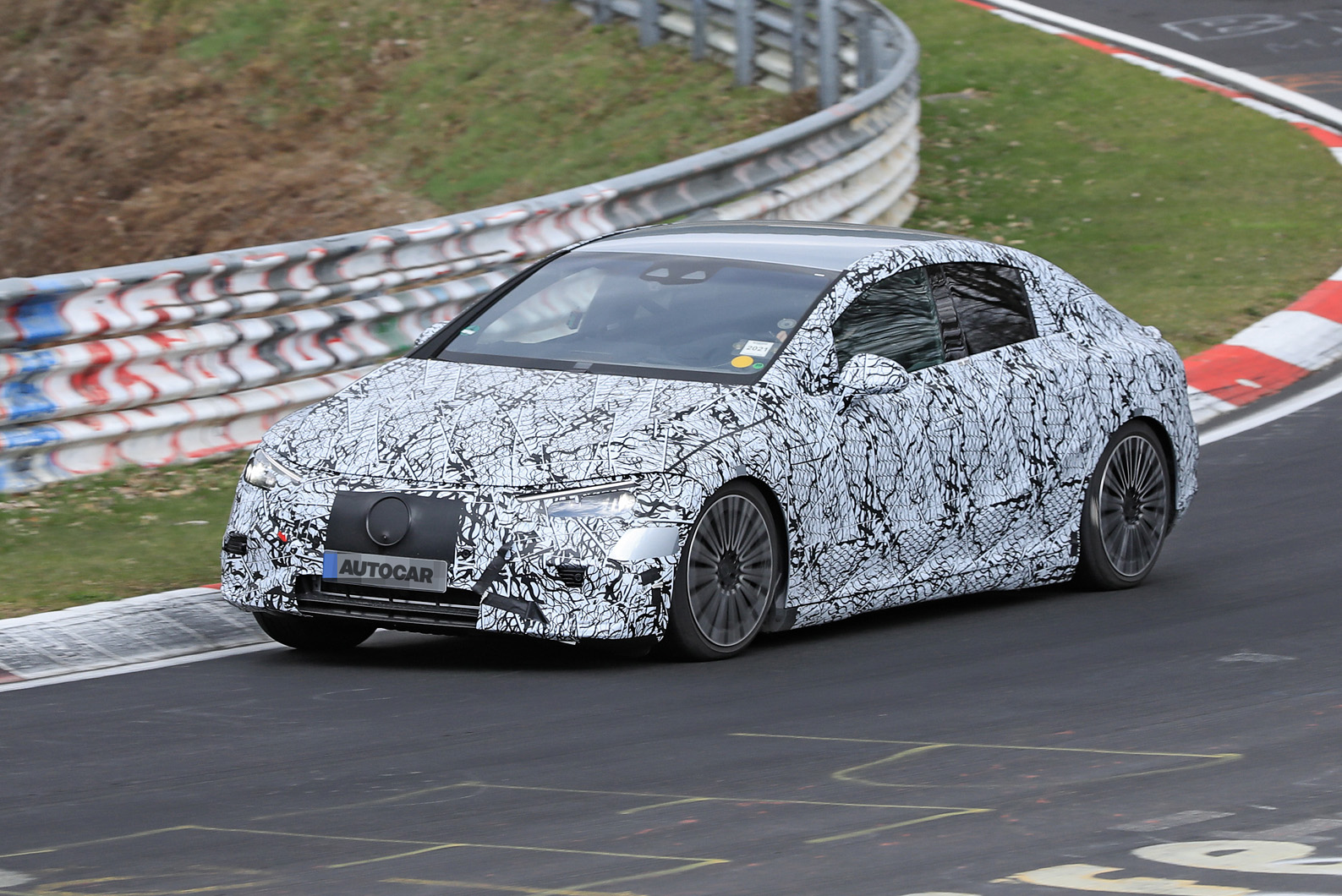 The Mercedes-Benz EQE will be launched in 2022 as an electric executive sedan with a radical new look inspired by the new EQS luxury EV.

The new Tesla Model S rival has been spotted lapping the Nurburgring following its official confirmation by Mercedes in early October. The prototype is wearing the same heavy disguise as that shown in images released by the brand, but its relationship with the EQS is much clearer to see.

The EQE will bear almost no resemblance to the similarly sized E-Class, instead adopting a steeper front end and a rakish, coupé-style silhouette like that of the EQS, which was revealed last week in Shanghai. We have yet to see the interior, but given the influence of the conventionally fuelled S-Class on models lower down the Mercedes range (the new C-Class shares its infotainment set-up, for example), EQS features will likely trickle down to other EQ models. That means a variation of the flagship limo’s ‘Hyperscreen’ infotainment display is likely to feature, while the new flat-floor EVA architecture should allow for a visibily roomier interior than the E-Class. Additional details previewed by this latest sighting include a new-look front end with the badge mounted lower down and the headlights adopting a sleeker, crescent-shaped look. The liftback-style rear end suggests the EQE will offer a larger boot than the sedan-bodied E-Class, and the protruding brake light clusters seen on previous prototypes have been swapped for more conventional wraparound items. When detailing the EQE in October, Mercedes confirmed that the model will spawn an EQE SUV to sit beneath a more luxurious EQS SUV. The trio will pave the way for a new dedicated EV platform for compact and medium-sized models, called the MMA, in 2025, as well as an all-new halo EV claimed to be capable of travelling 1,200 kilometres on a single charge. Mercedes’ vice-president of EV architecture and EQ vehicles, Christoph Starzynski, described the EQE saloon as a “business limousine of the future” that’s “slightly smaller than the EQS”. It will be built in China through Mercedes’ joint venture with BAIC.