The next-generation eSprinter will have more than double the range of the current model, with production set for the second half of 2023 before arriving in Australia.

Mercedes-Benz is already preparing its response to Ford E-Transit, with the launch of the next-generation eSprinter electric van expected in 2023. The German maker has now released images of a prototype model undergoing extreme cold-weather testing.

The new eSprinter has been put through its paces in Arjeplog, Sweden, close to the Arctic Circle where temperatures can reach as low as minus 30 degrees celsius. The purpose of this gruelling phase of development is to evaluate how the van’s various components, such as its powertrain and charging system, cope with the icy conditions.

Technical details for the new eSprinter remain thin on the ground right now, but Mercedes did reveal that – depending on configuration – this next-generation model will boast more than double the range of the current van (below), which can cover up to 155km on a charge. If true, the new eSprinter would offer a range on par with the Ford E-Transit’s, which claims 315km fully charged. 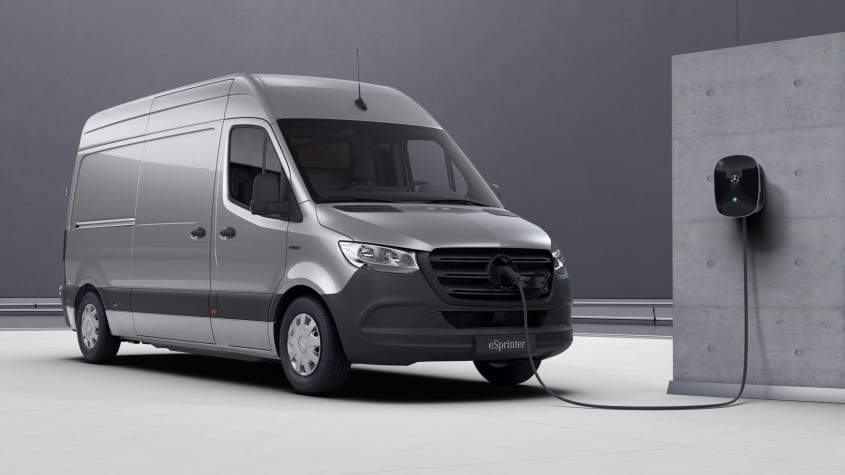 The new eSprinter will be offered with three battery options and various body variants, ranging from a typical panel van, to a chassis that can be converted for specific businesses and uses. Mercedes has also discussed how the new van’s intended users, such as couriers and other delivery drivers, provided input on its functionality.

Mercedes-Benz Vans Australia will introduce the new eVito and EQV ahead of the next-generation eSprinter which is anticipated to launch locally from 2024.

Production of the next-generation eSprinter is set to begin in the second half of 2023 in South Carolina, USA, followed later by two plants in Germany. When it does launch, the new eSprinter will sit at the top of the Merc’s range of pure-electric commercial vehicles, which will soon include the compact eCitan and the medium-sized eVito, which compete with the Citroen e-Berlingo and Opel Vivaro-e (in Europe), respectively.

Ford Australia is also pushing ahead van electrification with its launch of the new eTransit this year (you can read our full first-drive review here).

Mercedes-Benz already has plans to develop a new dedicated electric platform for use on its third generation of zero-emissions vans, with the first models to use this new VAN.EA architecture expected to launch around 2025.