Mercedes-Benz will preview the long-mooted electrification of its G-Class SUV with a concept at the Munich motor show that will spearhead the roll-out of a 4×4 sub-brand.

It has been nearly two years since CEO Ola Källenius confirmed that the Magna-built Land Rover Defender rival – launched in 1979 as the G-Wagen – would gain an allelectric variant, also predicting that “the last Mercedes built will be a G-Class”.

A production version is due in 2024, by which point most of the mainstream models in the Mercedes line-up will be available with electric power.

The Munich show car is expected to reveal how the G-Class will be restyled and reconfigured for the electric age, with design and interior cues that closely preview the final production model – much like how 2019’s Vision EQS concept proved a prelude to the new EQS luxury limousine. Given how subtly the G-Class has evolved since its arrival 42 years ago, it is unlikely that Mercedes will reinvent its characteristically rugged two-box design, but a host of new styling cues that bring it into line with other EQ-badged models are expected.

A new-shape, one-piece front grille will be the chief differentiator over the ICE-powered car, as is the case for the GLB-based EQB, but new wheel designs and light clusters and a revamped rear end will help to distinguish the EQG from the G-Class.

The EQG’s off-road potential was demonstrated in 2020 by the EQC 4×4² concept – an outlandish one-off reworking of Mercedes’ first bespoke EV, which served as a technical showcase for a family of new electric off-roaders that the firm will sell under its newly formed G sub-brand. 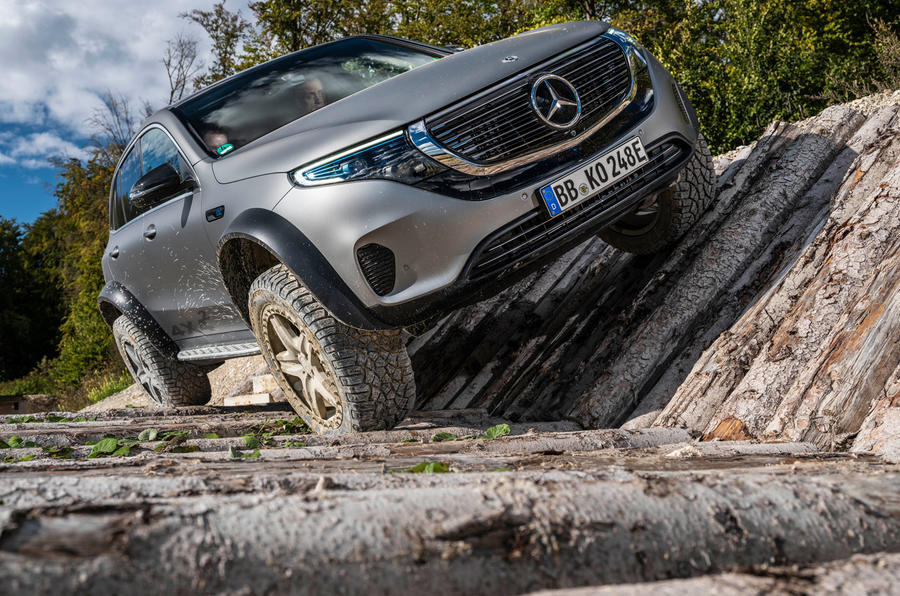 Raised suspension and chunky black lower-body trim were the obvious visual giveaways, but it was the ground clearance-enhancing portal axles (lifted from the jacked-up G500 4×4²) and increased track widths that transformed the luxury-focused EQC into a capable off-roader and most heavily previewed the capabilities of the EQG.

Development engineer Jürgen Eberle acknowledged that there “remains great enthusiasm for traditional off-roaders” and said the EQC 4×4² showed that such cars can be “fully electric but with EQC 4×4² concept showed ability of BEV off-roaders the ability to go off road in a serious way”, suggesting such a formula is high on the list of priorities for the EQG.

The high torque and instant acceleration provided by an electric powertrain make them ideal for off-road applications, meaning the EQG should stay true to the go-anywhere ethos of the G-Class, which has historically served in various forms with a number of international military forces.

It is thought that Mercedes bosses intended the GLB and its EQB sibling to be marketed as premium, family-friendly off-roaders, in a similar vein to the Land Rover Discovery Sport, but its A-Class-derived, front-wheel-drive MFA2 architecture is more overtly biased towards on-road operations.

As a dedicated off-roader, the EQG is unlikely to use the low-slung EVA architecture that will underpin all new bespoke EVs from Mercedes, instead using an electrified set-up based on the ladder-frame underpinnings from the G-Class.

Adaptations to the chassis will make room for a lithium ion battery pack under the floor, with the G-Class’s extended wheelbase potentially allowing for the 107.8kWh pack fitted to the top-rung EQS, which should allow for a competitive WLTP range – although one not as long as the extremely aerodynamically efficient saloon’s. 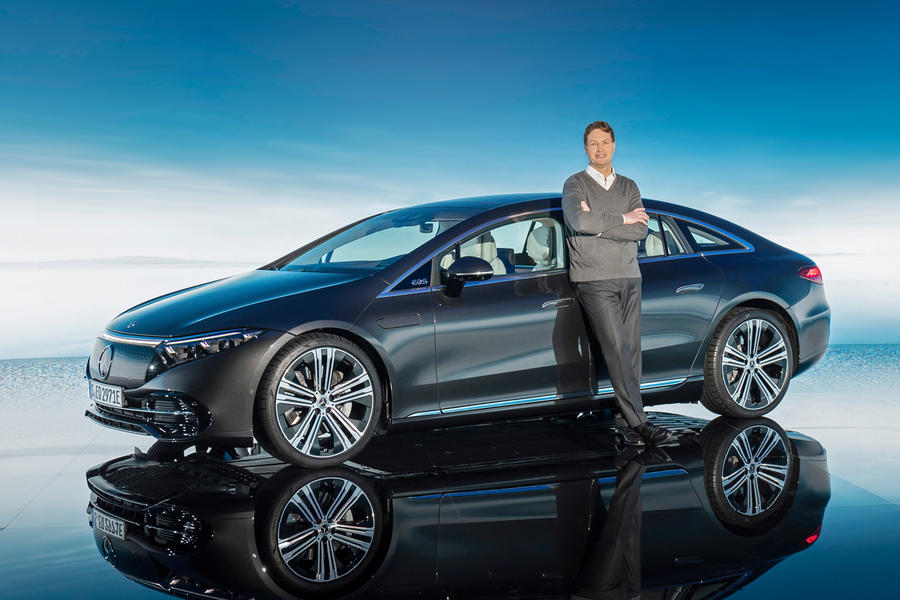 Mercedes has already trademarked the EQG 560 and EQG 580 names, which suggests that the off-road EV will be offered with the same 385kW, 855Nm twin-motor set-up as the top-rung version of the EQS, as well as a lesserpowered entry-level set-up.

Given the model’s focus on all-terrain ability, a rear-driven EQG 450 is unlikely, but rear-wheel steering, as fitted to its saloon sibling, would bolster the EQG’s off-road ability and in-town manoeuvrability.

All EQG variants are expected to maintain a premium focus, given that Mercedes will market G-badged models under the ‘Adventurous Luxury’ banner, meaning we won’t see the EQG offered in bare-bones, utilitarian specifications, as the G-Wagen was historically.

Today’s G-Class starts at just over AUD$230,000 in Australia, and the EQG is likely to follow existing EQ-badged models by commanding a small premium over its ICE-powered equivalent. However, given the fundamental architectural similarities between the EQG and the G-Class, the premium is unlikely to be as stark as the difference between the EQS and largely unrelated S-Class.

Expect technological and design influence from other electric Mercedes models feature the latest version of Mercedes’ MBUX infotainment platform through a large-format touchscreen, which will be twinned with an all-digital gauge cluster offering EV-specific displays.

The G-Class, while not as strong a seller as Mercedes’ core A-Class, B-Class, C-Class and E-Class, is a key profit driver for the German firm.

In 2016, the SUV sold more than 20,000 units for the first time. That pales in comparison to the 425,000 C-Classes sold, but the G-Class’s high list price makes it a consistently reliable revenue generator, and the introduction of the heavily modernised second-generation version in 2018 has served to ensure its longevity.