The third-generation MINI hatchback lineup has undergone its most dramatic overhaul since being launched in 2013, ushering in new exterior styling, equipment upgrades and added personalisation options for all four variations of the brand’s core model.

The 3 door, 5 door, Electric and Convertible each get a new front-end design, with a larger grille that’s framed by a new black hexagonal surround. In line with the MINI brand’s ambition to make the “central design features more apparent by means of reduction”, the low-mounted foglights have been replaced by vertical air intakes, the chrome headlight housings are now finished in black and the bumper’s centre section is colour-coded, rather than black. Elsewhere, the wheel arches have been reshaped for a refreshed side profile and the side indicators now use LEDs as standard. Similarly subtle revisions at the rear include the large centre foglight being swapped for a less obvious LED item and a new section of black bumper trim being introduced.

Mini design boss Oliver Heilmer said that the updated models look “more modern”, adding that the objective of the overhaul was to “purify Mini” with “less complexity” and “more individuality”. Changes inside follow a similar mandate: the audio control buttons underneath the 8.8in infotainment touchscreen have been given a cleaner look and the chrome air vent surrounds have been swapped for black panels. The previously optional Piano Black gloss finish is now standard, as is a new leather multifunction steering wheel and a 5.0in digital display in place of instrument dials.

The powertrain options remain unchanged. The entry-level One model – available in 3dr and 5 door forms – is powered by a 75kW turbocharged 1.5-litre three-cylinder petrol engine, while the same unit is boosted to 100kW for the mid-range Cooper. The warmed-up Cooper S comes with a 2.0-litre turbo engine producing 132kW (down 10kW, courtesy of its new emissions-reducing petrol particulate filter) and the John Cooper Works hot hatch tops the line-up with 170kW. The Electric keeps its 135kW front-mounted electric motor and 28.9kWh lithium ion battery pack for an official range of 230 kilometres. Revisions to the chassis, however, are claimed to enhance the Mini’s “trademark go-kart feeling”. The latest version of the optional adaptive suspension system introduces new pressure valves into the dampers, reducing damping forces by up to 50% and, Mini claims, optimising the balance of sportiness and ride comfort. New personalisation options include added colour choices across the range, five different designs for the alloy wheels and a ‘multitone’ gradient-effect paint option for the roof of the hard-top cars. 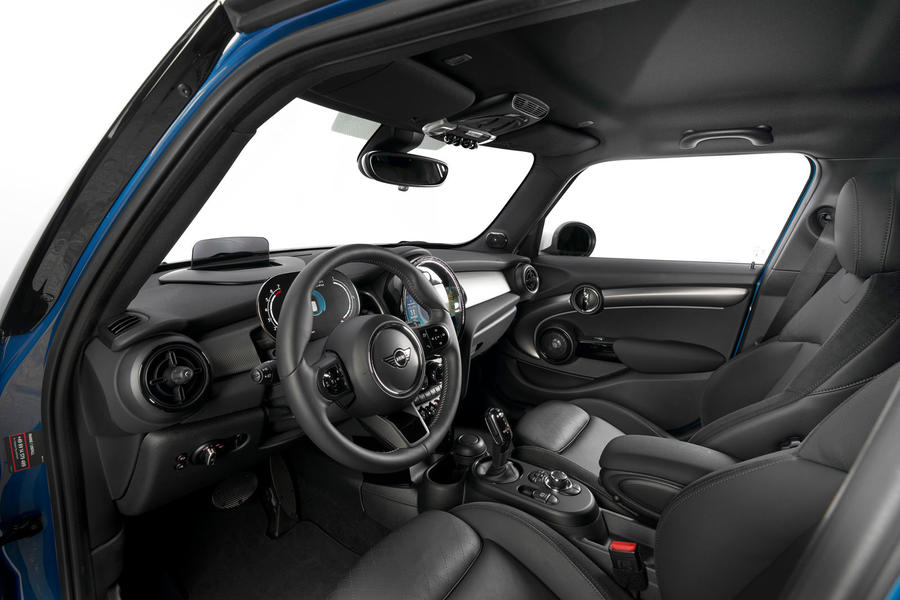 The standard 3 door and 5 door hatchback models remain available in a choice of three trims, with adaptive suspension now standard fitment on the Sport and more kit introduced for the Exclusive. 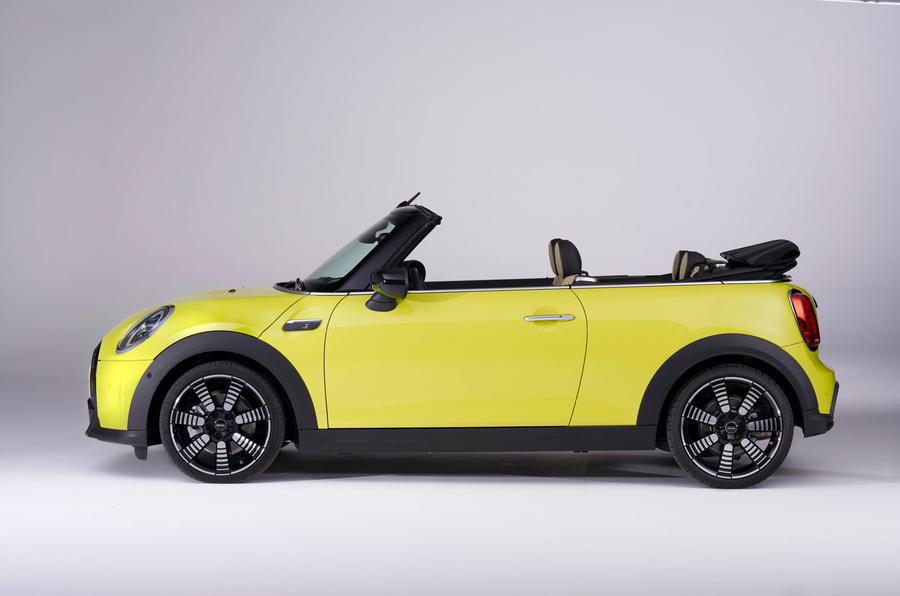 Similarly, the Electric (which remains three-door only) can be specified in one of three trim levels, with options including roof rails, active cruise control and privacy glass. A new limited-edition Electric Collection model brings bespoke exterior colours, badging and interior trims, as well as a no-cost panoramic sunroof option.

This is expected to be the final round of updates for Mini’s core model line-up before the fourth iteration is introduced in 2022 or 2023, ushering in a smaller three-door model and, at the other end of the range, a compact crossover that will revive the Traveller name.