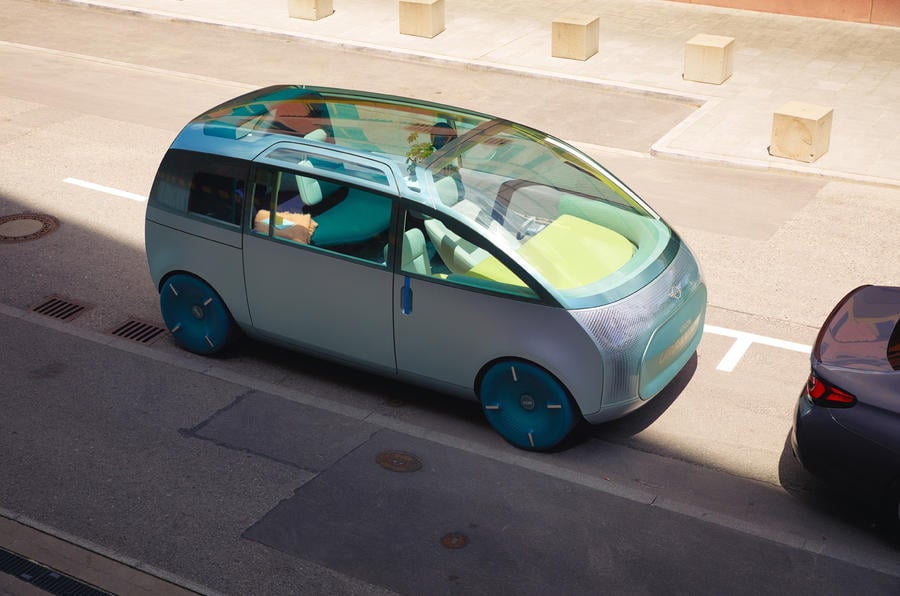 BMW-owned brand wants to bring its MPV concept to life, but it’s least five years away.

Mini is actively developing a plan to put its Urbanaut into production should it be able to solve the technical challenges of making such a radical concept a reality.

The concept, making its motor show debut in Munich today after a physical debut last year, is 4.46-metre-long model that’s designed to showcase just how flexible an interior can be.

Mini designer Oliver Heilmer, speaking to us at the Munich motor show, said that once the concept being physical this year conversations shifted inside BMW from him having to explain the purpose of the concept to discussions of how to make it a reality.

“With what we achieved, BMW is now thinking of if there is a chance for production, and how?” he said.

“As you can imagine, it’s a long process. It’s a different platform [to any current Mini], and from a technical point of view it’s a challenge as it has things like steer by wire that’s not in production yet. But we’ll never give up on it.”

Heilmer said that it was always his intention to make the Urbanaut a consideration for production, as “it would be a waste of resources not to”. If it does go ahead, it would be at least five years away.

He said it would appeal to a new type of buyer for Mini, of larger families looking for more space and flexibility while still in a compact package. “Every normal car is too small,” he said, unless you had the budget for a much larger car.

The Urbanaut is created with the same spirit and ethos as the original Issigonis Mini, said Heilmer, in just how clever it is with its use of space and the car containing only what is necessary, with no superficial elements.

Whether or not it makes production, the Urbanaut will still influence the next generation of Minis that will start with the fourth-generation BMW-developed hatchback due by 2025. It will mirror the Urbanaut in “focusing only on what is necessary”, according to Heilmer. The next Mini will be marginally shorter than the current car and enjoy better proportions particularly at the front with the wheels pushed back to the corners again. This is capable by switching to an electric vehicle architecture, with the hatch tipped to be EV-only ahead of all Minis being electric powered by the end of the decade.