The all-new, ultra-lightweight 3.9-litre V12 engine that will power Gordon Murray’s new T50 supercar reaches a crucial milestone this week: running for the first time in production form on the dynamometers of its Northampton developer, Cosworth Engineering. The engine, billed by its creators as “the greatest road car V12 ever made”, is claimed to be the lightest-ever V12 (180kg), with both the highest rev limit (12,100rpm) and the highest power density (124kW per litre). Tests have been proceeding for the past nine months on three-cylinder 12-valve prototypes as proving beds for the new engine’s aluminium pistons, titanium valves and conrods, gear-driven cam drive and crank-driven, 48V starter-generator. The last of these removes any need for a conventional belt-driven alternator. Work is now starting in earnest on refining the V12 as a complete unit. 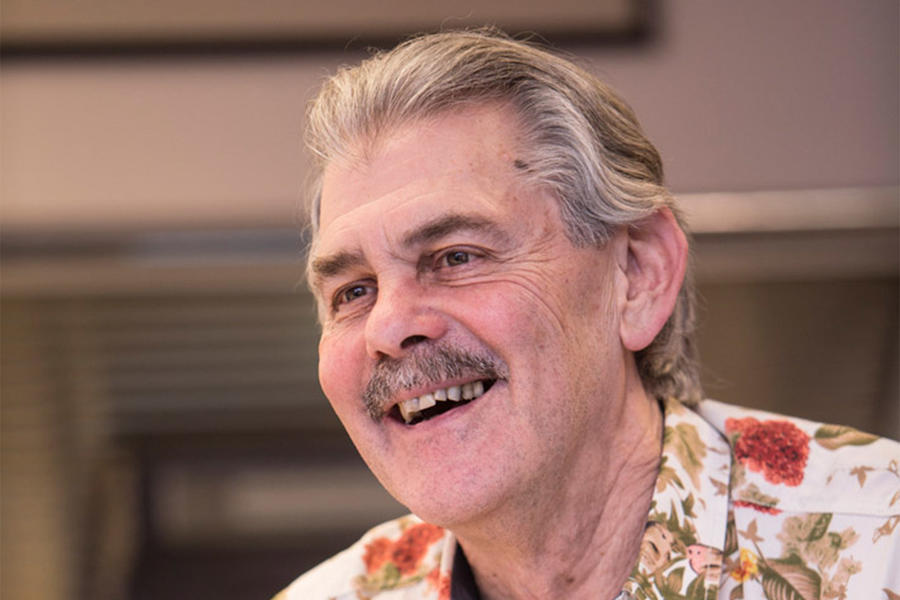 Gordon Murray Automotive (GMA) testing has already indicated that the engine meets emissions targets and exceeds its estimated power and torque outputs. This has led Murray to lift the official peak power output from the originally quoted 478kW at 11,500rpm to 495kW.

Why choose a normally aspirated V12 in what is now a turbo era for high-performance cars? “I knew a turbo could never deliver the throttle response the McLaren F1 was famous for,” said F1 creator Murray, “and neither would we get that wonderful F1 induction growl. That car felt so great because its throttle response rate was 10,000rpm per second – but our new engine responds nearly three times faster still.” The T50 – a three-seat carbon-chassis design utilising the ‘fan car’ technology that Murray originally conceived for Brabham grand prix cars of the late 1970s – will be even lighter, faster and more package efficient than the F1. However, the T50 depends greatly on the lightness, low mounting and compactness of the V12 to achieve its amazingly light all-up weight of 980kg.

Some of the engine’s dimensions are extraordinary. Its 180kg mass compares with 280-300kg for rival V12s. The crankshaft runs only 85mm above the bottom of the (dry-sumped) engine – a huge aid to weight distribution, because it’s around half the length of rivals’.

The whole engine spans just 41cm from top to bottom, a measurement matched in only the most sophisticated race car engines.

The 48V starter saves around 21kg from a traditional alternator. Unusually, the cam drive is at the rear of the engine to keep valvetrain noise away from the occupants. The V12 is semi-structural, using sophisticated mountings that permit enough engine movement for refinement, yet clever bushing still allows the rear suspension to be mounted, race-style, directly off the tiny Xtrac transverse gearbox. The ’box, claimed to be the lightest ever made for a supercar, uses thin-wall casting techniques to make it more than 10% lighter than the F1’s unit.

“I’ve been so impressed with the way Cosworth and Xtrac use the latest technology and manufacturing techniques,” said Murray. “For instance, I requested two driving modes – one limited to what I call ‘Ferrari revs’, down around 9500rpm, and the other allowing full performance. “The car has the modes I wanted, but we won’t strictly need them: although it’s redlined at 12,100rpm, this engine produces 71% of its maximum torque at 2500rpm.”

Murray plans to reveal the whole car very soon. Despite pandemic-induced hold-ups, the T50 remains more or less on time, because so many key suppliers are local.

“I’m passionate about this being an all-British product,” he said. “The way everyone has buckled down to help completely justifies my faith.”

The Gordon Murray Automotive T.50 is a new ‘analogue’ supercar from the McLaren F1's creator and it will use a brand new 3.9-litre V12...
Read more