Everything we know about the 245kW MK8 Volkswagen Golf R 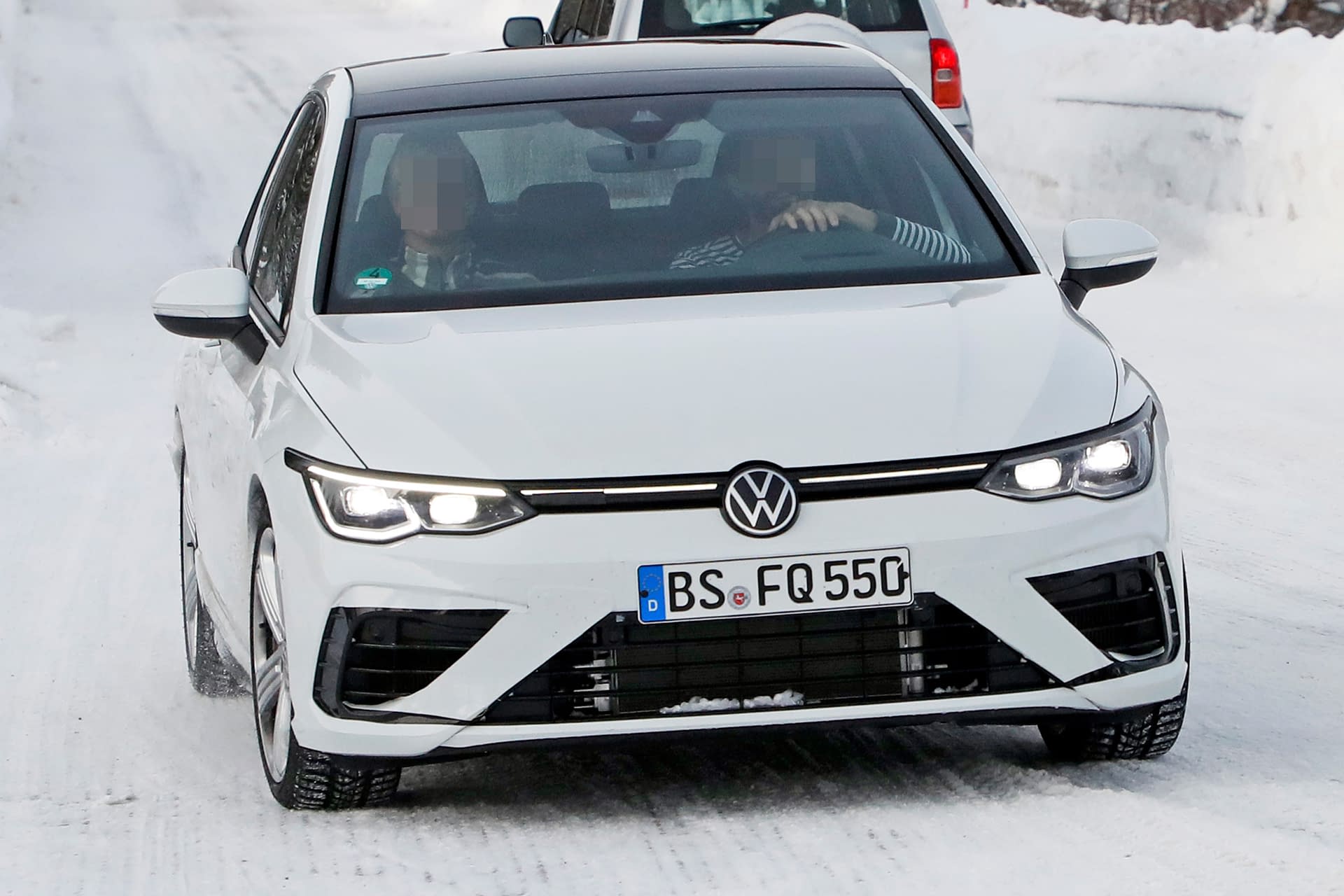 The finishing touches are being applied to the next Volkswagen Golf R which will be revealed later in 2020, completing the brand new Golf Mk8 range and lining up as a rival for the likes of the Mercedes-AMG A 35 and the latest BMW M135i.

The next version of the brand’s flagship hot hatchback will be introduced towards the end of the year, and has recently been spied testing in the Arctic Circle wearing little disguise.

True to form, it’ll be one of the more subtle hot hatches on sale with a bodykit not too dissimilar to that of the regular Golf R-Line, save for one or two small telltale signs.

In these recent shots the only real giveaway that this is the flagship hatchback will be body-coloured, diagonal struts within the larger front bumper. The rear bumper accommodates a pair of twin exhaust pipes, too. Elsewhere, beneath the trademark five-spoke wheels, larger brakes are spotted, complete with R-brand blue calipers.

It will be a similar story inside, with a cabin largely resembling a normal Golf’s, save for some R-branded sports seats, a flat-bottomed steering wheel, and blue pinstripe detailing around the cabin.

The Golf Mk8 introduced an entirely new infotainment standard for VW’s popular hatchback, and we’d expect the range-topping R model to take advantage of this, with digital instruments as standard. VW could look to offer the R with a 10-inch central touchscreen with a touch sensitive strip in place of manual buttons – it’s optional elsewhere in the line up.

A recently leaked internal document suggested that the new Golf R will have an output of 245kW, making it the most powerful variant yet with 24kW more than the previous-generation model. This places it some way ahead of the new Golf GTI, which boasts 180kW. The R will use the exact same engine as the GTI: the VW Group’s ‘EA288’ 2.0-litre turbocharged four-cylinder petrol engine.

Other technical details are yet to be confirmed, but it’s expected that the Golf R will put its power to the road via a seven-speed DSG gearbox and VW’s familiar 4MOTION all-wheel-drive system. No manual version of the new Golf R is anticipated this time around though. Expect a 0-100km/h time around the 4.5-second mark, with top speed, as ever, limited electronically to 250km/h.

For this iteration of the Golf R, a mild-hybrid system could help deliver the extra performance. Unlike lesser versions of the new Golf, which provide a small electrical boost to reduce load on the combustion engine, it’s possible that any hybrid assistance will come in the form of an electrical compressor. Similar in principle to the system used by the Audi S6, this should help to all but eliminate turbo lag.

It was strongly rumoured that the Golf R would be revealed mid-year, but with the automotive world on hold like many other industries, it’s all but certain that the Golf R’s debut will be pushed towards the end of 2020 at the very earliest.

As such, sales in Australia are likely to commence in 2021. When it does comes down under, prices are likely to climb, given the extra power and new on-board technology. We anticipate a starting price of around $60,000.

VW's diesel Tiguan has been a stalwart drivetrain, but what is its viability as the push into petrol-hybrid technology arrives? Turbocharged Direct Injection technology (you...
Read more
Facebook