New Audi A3 detailed ahead of arrival 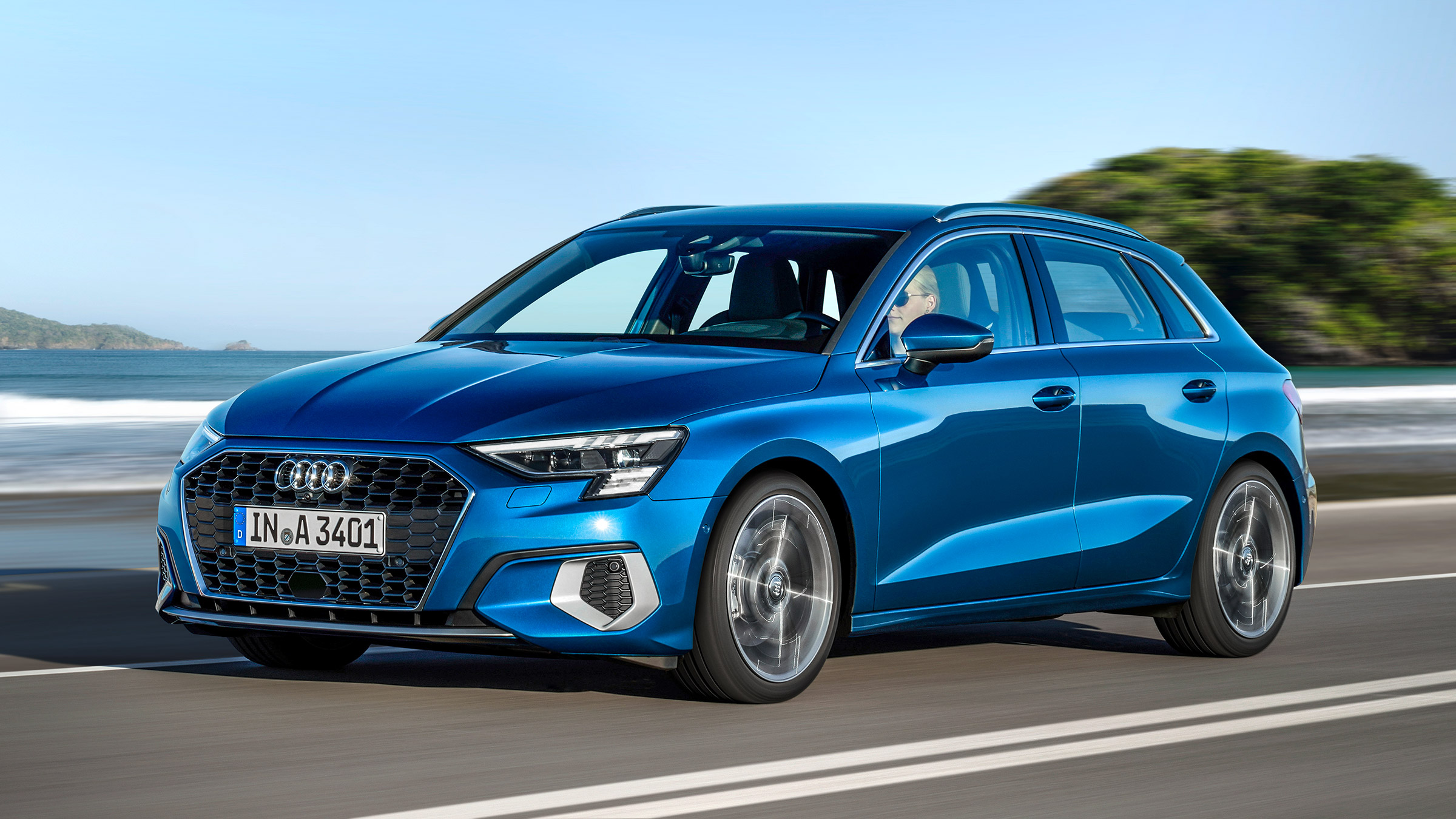 The fourth-generation Audi A3 will arrive in Australia this year. Here’s everything we know.

Audi Europe has quietly released a full specification sheet for the fourth-generation A3. While Audi Australia is yet to confirm local details and specifications, this is our best look yet at engine and equipment for the new generation A3.

The outgoing A3 is the oldest car in the German brand’s current line-up, but the changes for this new model aren’t revolutionary. It requires a trained eye to spot the differences outside but, at 1820mm wide, this A3 has grown a fair bit – and it’s a bit longer than its predecessor at 4034mm. However, it’s no taller than the old car, and its wheelbase hasn’t changed.

Audi has tweaked the A3’s styling, so it now falls in line with the likes of the A1 supermini and Q3 crossover – but, the changes are fairly minimal. There’s a new hexagonal radiator grille, fresh LED headlamps and tail lights and a few more slashes and creases for the car’s flanks. The boot also has a wider opening than before, while maintaining the same 380-litre capacity.

Audi’s revisions for the A3’s interior are easier to spot. In the middle of the dash is a new 10.1-inch infotainment screen, which is angled towards the driver and is standard across the entire range. It sits above a new climate control panel and rotary volume control with a touch-sensitive click-wheel, which is operated like an old iPod. There’s also a new leather-trimmed multifunction steering wheel, behind which sits Audi’s 10.25-inch digital instrument binnacle – although an improved 12.3-inch unit is available as an optional extra. The new A3 can also receive external data from municipal services and road infrastructure, to provide real-time information on parking availability and traffic flow. Audi’s mid-range A3 Sport builds on the base-model’s spec with 17-inch alloy wheels and mildly tweaked styling with aluminium window surrounds, a revised radiator grille and a new front splitter. Inside, buyers get leather upholstery, dual zone climate control, aluminium treadplates and some aluminium trim for the dashboard.

The Audi A3 S brings upgrades over the Sport, such as 18-inch alloys, privacy glass, scrolling indicators, S-badged sports seats and a new sports suspension system, which is set 15mm lower than the standard car’s. There’s also a more aggressive styling package with a deeper front splitter, lower side skirts and a larger tailgate spoiler.

The range-topping, comfort-focussed A3 flagship ariant adds even more over the Edition 1 model, including a panoramic glass sunroof, a power-operated tailgate, improved Nappa leather upholstery and a 15-speaker Bang & Olufsen stereo. There’s also a host of extra driver assistance technology such as parking assist, a 360-degree camera, adaptive cruise control and a traffic sign recognition system. New 2020 Audi A3: engines and drivetrains

The new model sits on a revised version of the old car’s MQB platform, so driver-assistance and safety tech are updated to include a new adaptive-cruise system with steering assist at speeds up to 210km/h. However, the engine line-up remains familiar, though a new 48-volt-assisted mild-hybrid powertrain features.

The entry level engine is an 80kW turbocharged 1.0-litre three-cylinder petrol unit, badged 30 TFSI. The Volkswagen Group’s turbocharged 1.5-litre four-cylinder petrol engine will also be available, with an output of 110kW and 250Nm of torque, which Audi says will offer a 0–100km/h of 8.4 seconds and a top speed of 223km/h.

Eventually, Audi will launch a 48-volt mild-hybrid version of the latter petrol unit. No precise fuel economy figures have been released, but Audi claims this system saves around 0.65 litres of petrol for every 100 kilometres driven, while also reducing CO2 emissions.

The A3 diesel line-up will be based on the Volkswagen Group’s equally familiar EA288 turbocharged 2.0-litre four-cylinder unit. Buyers will be offered a choice of two outputs – the entry-level model produces 85kW and 300Nm of torque, while the flagship variant has 110kW and 360Nm of torque.

Further variants are planned, including some with quattro all-wheel drive, while Audi is also promising two plug-in hybrid versions will follow. Specifications for these new cars are yet to be confirmed – but the A3 will almost certainly mirror the Volkswagen Golf’s strategy with a hot 180kW 1.4-litre plug-in option sitting above a cheaper, less powerful version.

Hot S3 and RS 3 models are also in the pipeline. We’ve driven the former and spied the latter – and both are being prepped for their imminent launch. The S3 will be powered by the same 2.0-litre four-cylinder petrol engine as the previous model, with an expected output of around 223kW and 400Nm of torque.

The RS 3 will feature the same turbocharged 2.5-litre five-cylinder petrol engine as the latest Audi RS Q3. However, it’s output will increase to around 310kW and 500Nm (over the engine’s standard output of 295kW and 480Nm), in an effort to keep the RS 3 competitive with the 310kW Mercedes-AMG A 45 S.

Fiat updates 2021 500 with new permanent model. Fiat has announced the reintroduction of the 500 Dolcevita as a permanent fixture in the Italian brand's...
Read more

The new Vauxhall Astra will get a plug-in hybrid powertrain and a more premium image - here’s how it could look. Vauxhall has confirmed that...
Read more