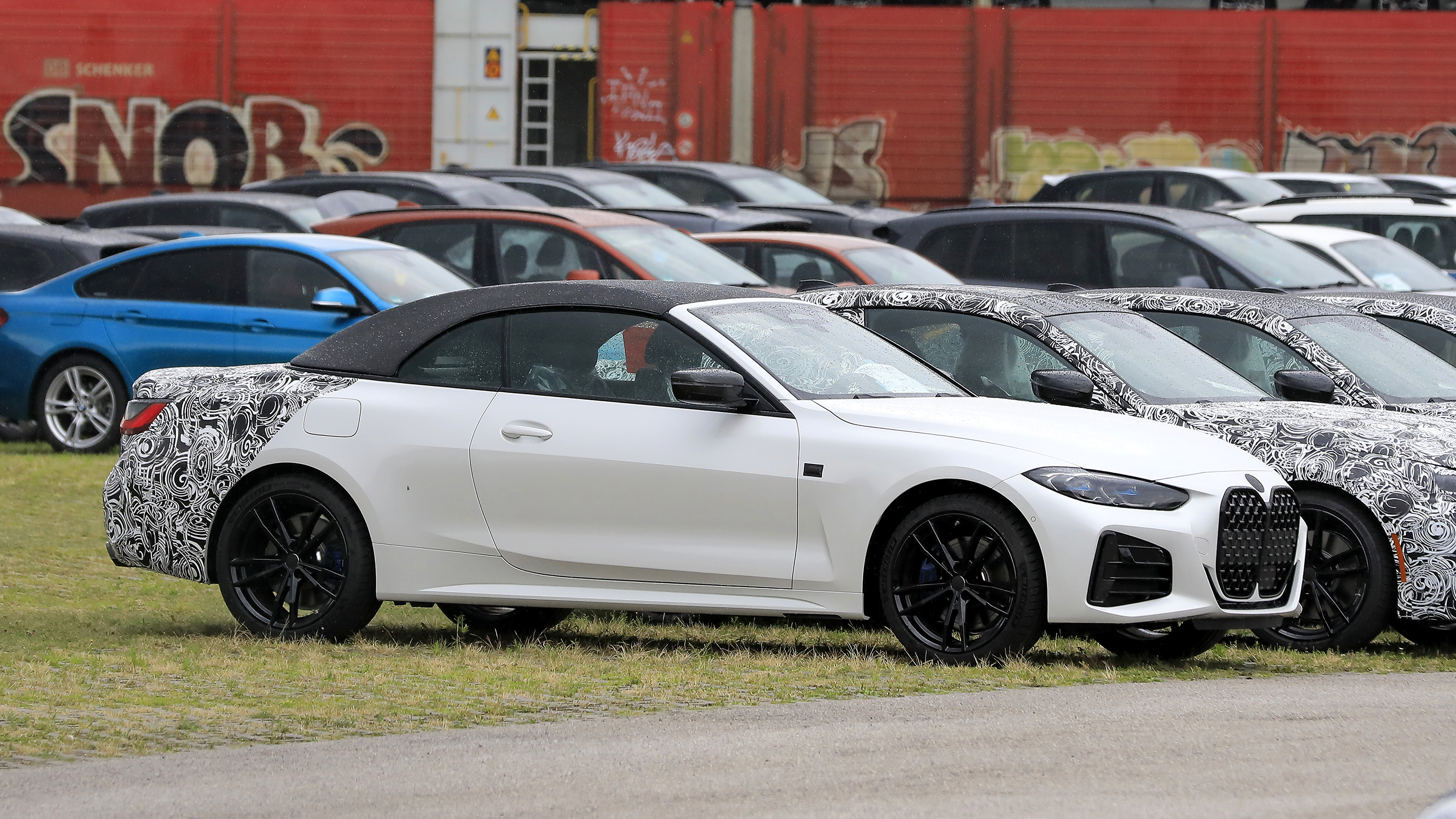 The new BMW 4 Series Convertible has been spied again, ahead of its debut in early 2021.

The German brand’s next rival for the Mercedes-Benz C-Class Cabriolet and the Audi A5 Cabriolet will ditch its folding metal hardtop in favour of a fabric roof, which should lower the car’s kerb weight. The decision will also help to minimise emissions and improve fuel economy, while reducing the amount of space the roof occupies when it’s folded into the boot.

The new 4 Series convertible will feature the enlarged kidney grille design of the 4 Series coupe. The fabric roof is also shorter than the more gently sloping roof on its coupe counterpart, which means that the drop top has a longer, flatter rear deck. Inside, the new 4 Series Convertible will feature the same setup as the 3 Series saloon, albeit with a few changes to accomodate the car’s lack of a solid B-pillar. For example, the seats will have their inertia reel units built into the back rests, while the rear middle seat will be replaced with a storage bin.

Under the bonnet, the 4 Series Convertible is expected to feature only the more powerful 3 Series engines. The entry-level units will likely be badged 420i and 420d, using tweaked versions of the current car’s four-cylinder petrol and diesel units. Above this will sit the 430i, as well as the six-cylinder 430d and 440i. It’s unlikely the 4 Series Convertible will adopt any plug-in hybrid and pure-electric powertrains – but a flagship M4 convertible with up to 375Kw is a given.

Like the 3 Series, we expect the 4 Series will be offered with a range of M Sport accessories, including an electronically-controlled differential, larger M Sport brakes and lowered adaptive suspension. We expect the new convertible will go on sale in Australia early in 2021.