New 2021 Citroen flagship on the way with SUV inspiration 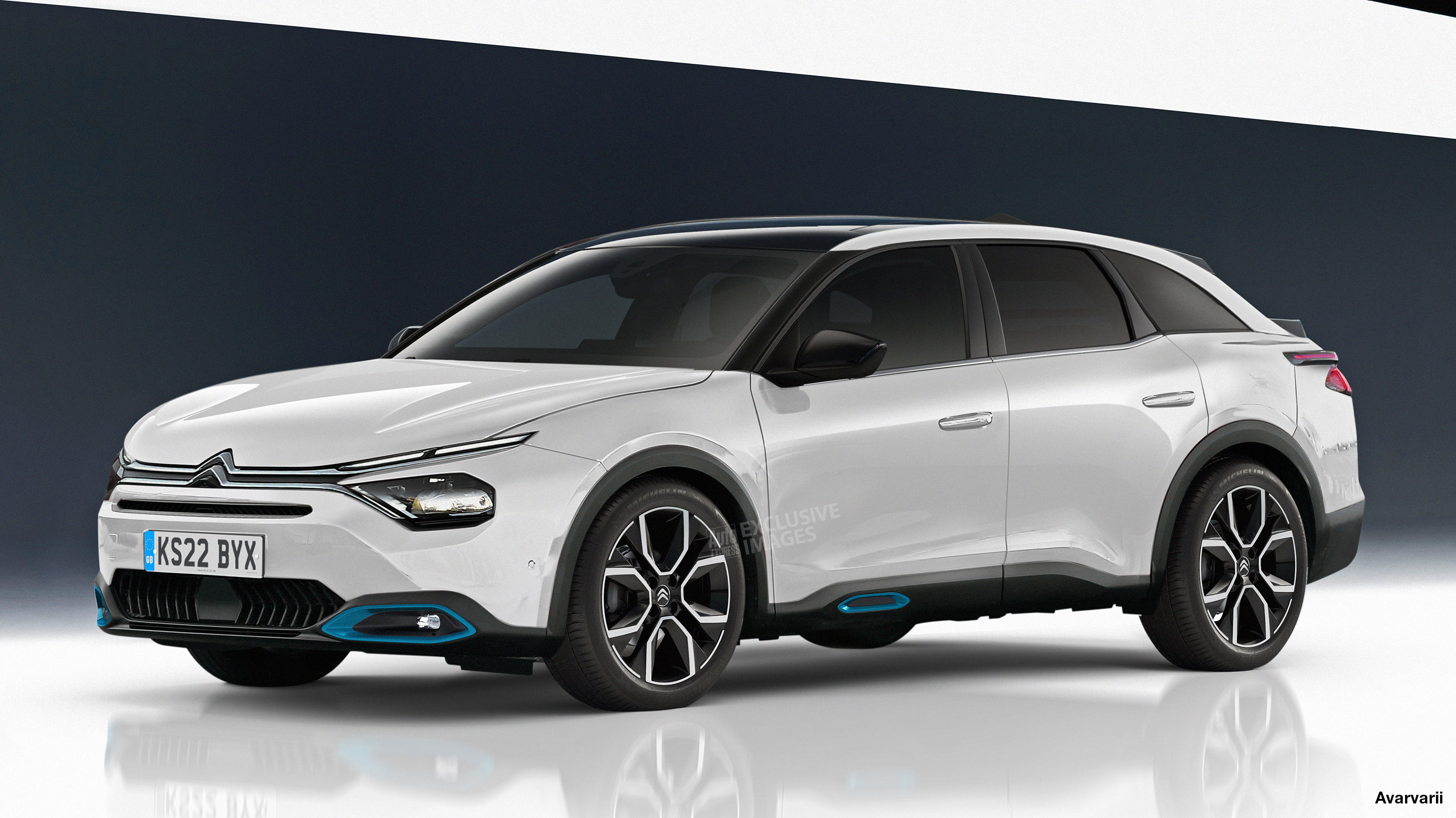 Citroen will follow up its radical new C4 hatchback with an equally daring flagship, and we’ve spied the car testing ahead of its unveiling later in 2021. It will be a unique entry in the executive class that will rival sedans, estates and SUVs all in one go, thanks to its distinctive silhouette.

Potentially reviving the C5 or C6 names, but currently known by the internal code E43, the car will become the second mainstream Citroen to be given a new lease of life in unconventional form, following the SUV-inspired C4 hatch.

While Citroen has a history of large saloons, its demise can be attributed to the surge in popularity of SUVs, so taking inspiration from there could resurrect the brand’s chances in the executive segment. Last year, newly appointed Citroen product and strategy director Laurence Hansen told Automotive Daily that the new flagship model will be “very different” from the current premium competition, and these spy shots certainly back that claim. “It is just wow,” Hansen said. “It will be very different. Very comfortable. It’s a great car.”

This ties in with previous comments made by former CEO (and new Peugeot boss) Linda Jackson, who told Automotive Daily as long ago as 2019 that “Citroen has as much credibility as any other manufacturer to have a large car. It’s just that we won’t do it in a very traditional way.”

The spy shots reveal that the new range-topping model, and spiritual successor to icons such as the DS, CX, XM and the previous C6, will embrace an unconventional look. It’ll be sleek like a saloon from the nose to the C-pillars, while the roof tapers towards the car’s tailgate.

However, the whole car will have a tall ride height like an SUV, with large wheels and rugged body cladding, similar to the new C4. It won’t quite be a rival for cars
such as the Volvo V90 Cross Country, however; this will have a far more road-going focus than a high-riding estate.

When Citroen confirmed its intentions to build a new executive model, it revealed that the flagship would be inspired by the Cxperience concept from the 2016 Paris Motor Show, and our spy shots confirm this. It’s very similar, with a smooth shape, split headlights and new tail-lights, seen under the disguise, that are inspired by the show car.

Our exclusive images preview how the tall-riding model could look once the car is revealed later this year, blending concept car inspiration with the design cues hinted at beneath the disguise. New touches include a lip spoiler on the tailgate, as well as the sudden jump in ride height.

The new model will sit on the EMP2 platform, which is already used by the C5 Aircross SUV and other models within the Stellantis fold, such as the Peugeot 508.

So far, passenger cars using this platform have only been capable of supporting plug-in hybrid technology alongside petrol and diesel engines, and that’s unlikely to change for the new Citroen when it arrives in showrooms in 2022.

Stellantis will have access to a new PSA-developed platform from 2023 called eVMP, considered the natural evolution of the now eight-year-old EMP2 system. It will be designed solely for hybrid and pure-electric powertrains, unlike EMP2, which cannot support pure EVs. eVMP can use the same production lines as EMP2, but it’s not yet clear if Citroen plans to extend its flagship’s line-up to include a pure-electric edition.