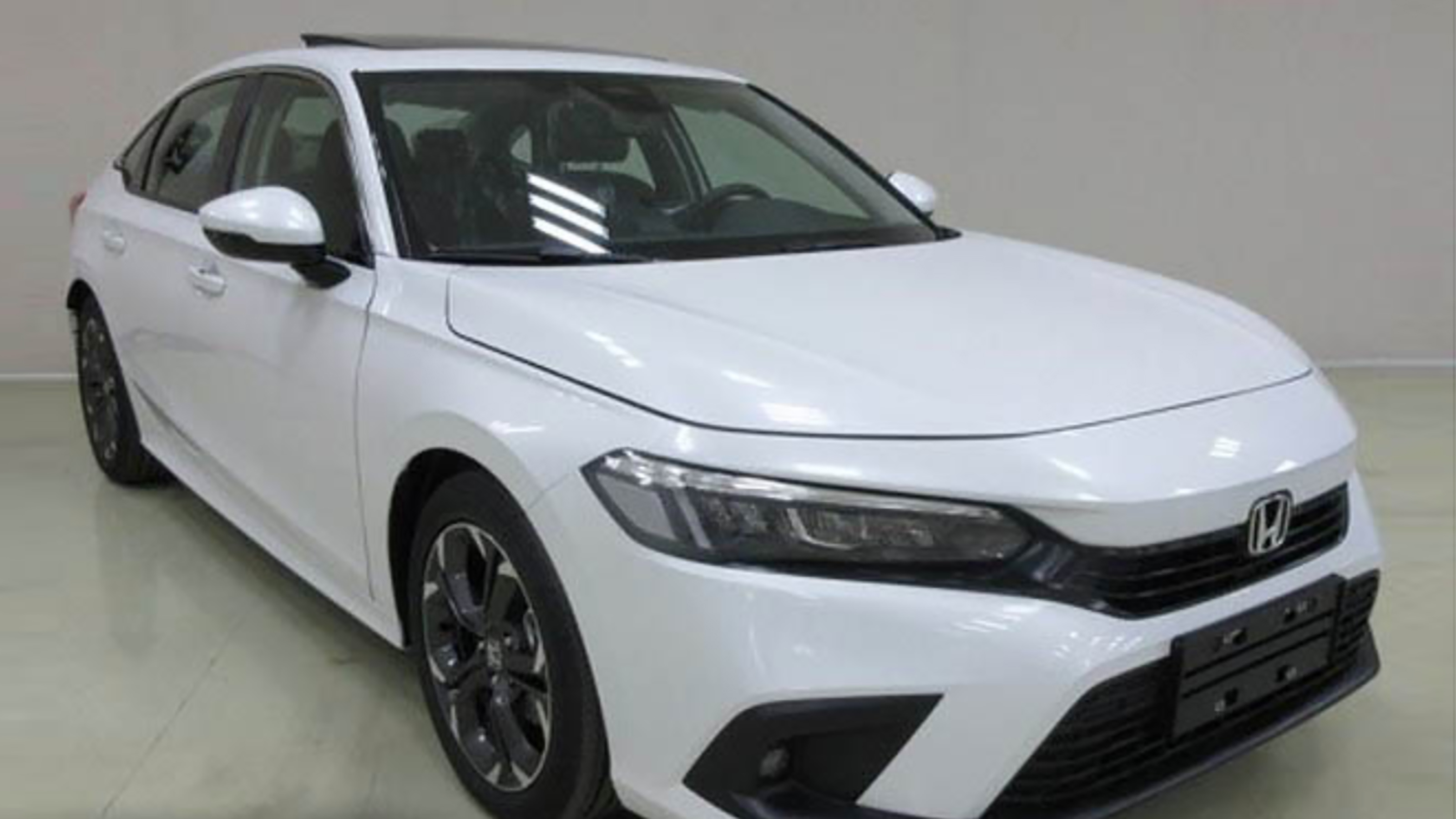 This is our best look yet at the eleventh-generation Honda Civic. The images were taken as part of an inspection carried out by the Chinese road traffic authority and have since found their way onto the internet, revealing the car’s styling in full ahead of its scheduled launch.

Judging by these images, the new Honda Civic’s styling won’t stray far from the prototype the Japanese brand previewed at the end of last year; a point which is backed-up by the company’s official patent images. The grille and badge jut out slightly more than the prototype’s but, apart from that, the likeness is strong.

When the new Honda Civic makes its official debut in spring, it’ll go toe-to-toe with family hatchbacks such as the new Skoda Octavia and the Mk8 Volkswagen Golf. The hatch will also have to plug the gap left by the recently discontinued Accord, so Honda has made the new Civic slightly longer and wider than its predecessor.

The Japanese brand has pared back the overall look of the new Civic compared with today’s model, ushering in a cleaner design language also seen on the firm’s new Jazz supermini and the recently unveiled Honda HR-V compact crossover. The angular bodywork of the Mk10 Civic has made way for much softer surfacing in a move that’s designed to broaden the car’s appeal on a global scale.

The redesigned front end features slender LED headlamps and a slimmer front grille, while the lower section of the front bumper has been simplified with a single air intake that stretches the width of the panel. The glasshouse has also been shifted rearwards to lengthen the bonnet and give a “more premium side view,” as Honda puts it.

The Chinese government leak didn’t include an image of the Civic’s new-look interior but, thankfully, Honda has already issued us with an illustration. Like the exterior, the cabin has been redesigned with a far simpler brief, swapping the current car’s angular dashboard for less fussy layout. There’s a new nine-inch infotainment system that sits on top of the dash and a fresh digital instrument cluster, both of which are shared with the new HR-V. It also appears that Honda has resisted the temptation to remove all of the physical buttons from the cabin by keeping a small climate control console just below the screen.

Honda hasn’t yet released any technical information on the new Civic, but the company has previously confirmed that it will electrify its mainstream line-up by 2022. Honda has already hinted that it’ll achieve this by fitting the Civic with a modified version of its innovative e:HEV hybrid powertrain, currently found in the Jazz.

Tom Gardner, Senior Vice President, Honda Motor Europe, told Automotive Daily: “This shift to electrification will change the face of our model line-up considerably. Our two-motor [e:HEV] hybrid technology will be spread across the model range and we will bring further battery electric products to the market.”

If the Civic goes on sale with the same powertrain as the Jazz, it’ll use a 1.5-litre four-cylinder petrol engine and two electric motors; one mounted in the gearbox which drives the front wheels and one to charge the car’s lithium-ion battery.

However, in its current state of tune, the system produces 80kW, which might not be enough for the larger Civic. So, another option could be for Honda to use a revised version of the 2.0-litre four-cylinder e:HEV system found in the current CR-V mid-size SUV.