Hyundai will tomorrow unveil the new Bayon, an entry-level SUV to rival the Toyota Yaris Cross and Ford Puma.

It is the first production car designed under the brand’s new ‘sensuous sportiness’ banner, as previewed by the radical Le Fil Rouge and Prophecy concepts, which Hyundai said combines “emotional value with innovative solutions in design”.

Details visible in the latest round of preview images suggest the Bayon will draw influence from the front end of the recently facelifted Kona, with a slim air intake, high-mounted headlights and separate daytime running lights among its defining features. The rear end will make a more obvious departure from the rest of Hyundai’s line-up, with arrow-shaped light clusters linked by a thin red line and a contrasting black boot panel.

Designed primarily for the European market, the crossover has been named Bayon in reference to the French city of Bayonne, a hub for outdoor sporting activities, which Hyundai says highlights “the lifestyle character” of the new model. 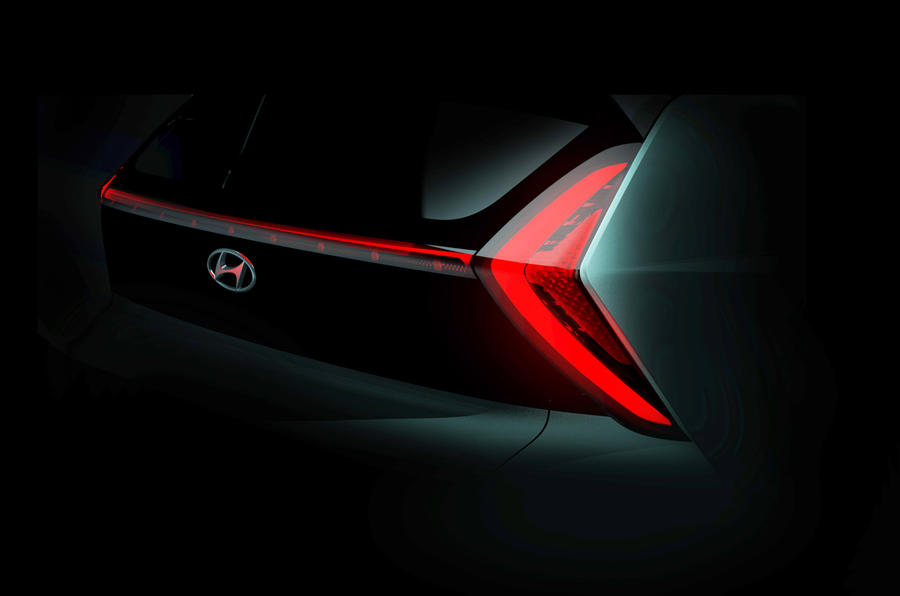 It will be the smallest model in Hyundai’s SUV line-up, sitting underneath the Kona, which has recently been redesigned and updated for 2021.

Given the model’s size and positioning, it can be expected to share much of its mechanical make-up with existing Hyundai and Kia models, which means it is unlikely to gain an electric version.

It’s likely that, as with the Yaris Cross and Puma, the Bayon will take its underpinnings from a smaller-bodied supermini, in this case the i20.

That would mean a petrol-only engine line-up comprising an 63kW naturally aspirated 1.2-litre four-cylinder, a 74kW mild-hybrid 1.0-litre turbo and a range-topping 88kW version of the same engine.

Five- and six-speed manual gearboxes would be available, as well as a seven-speed dual-clutch automatic. Expect a chunky, off-road-inspired body kit in line with the SUV’s activity aspirations and a tech-heavy interior with a raft of connectivity and advanced driver aids fitted as standard.

Andreas-Christoph Hofmann, Hyundai’s vice president of marketing and product, said: “Hyundai is strongly established in the European SUV market already, in terms of our model range as well as our sales success.

“By launching a new, additional B-segment model as the entry point into our SUV line-up, we see a great opportunity to cover European customers’ demand even better and to increase our offering in a highly popular segment.”