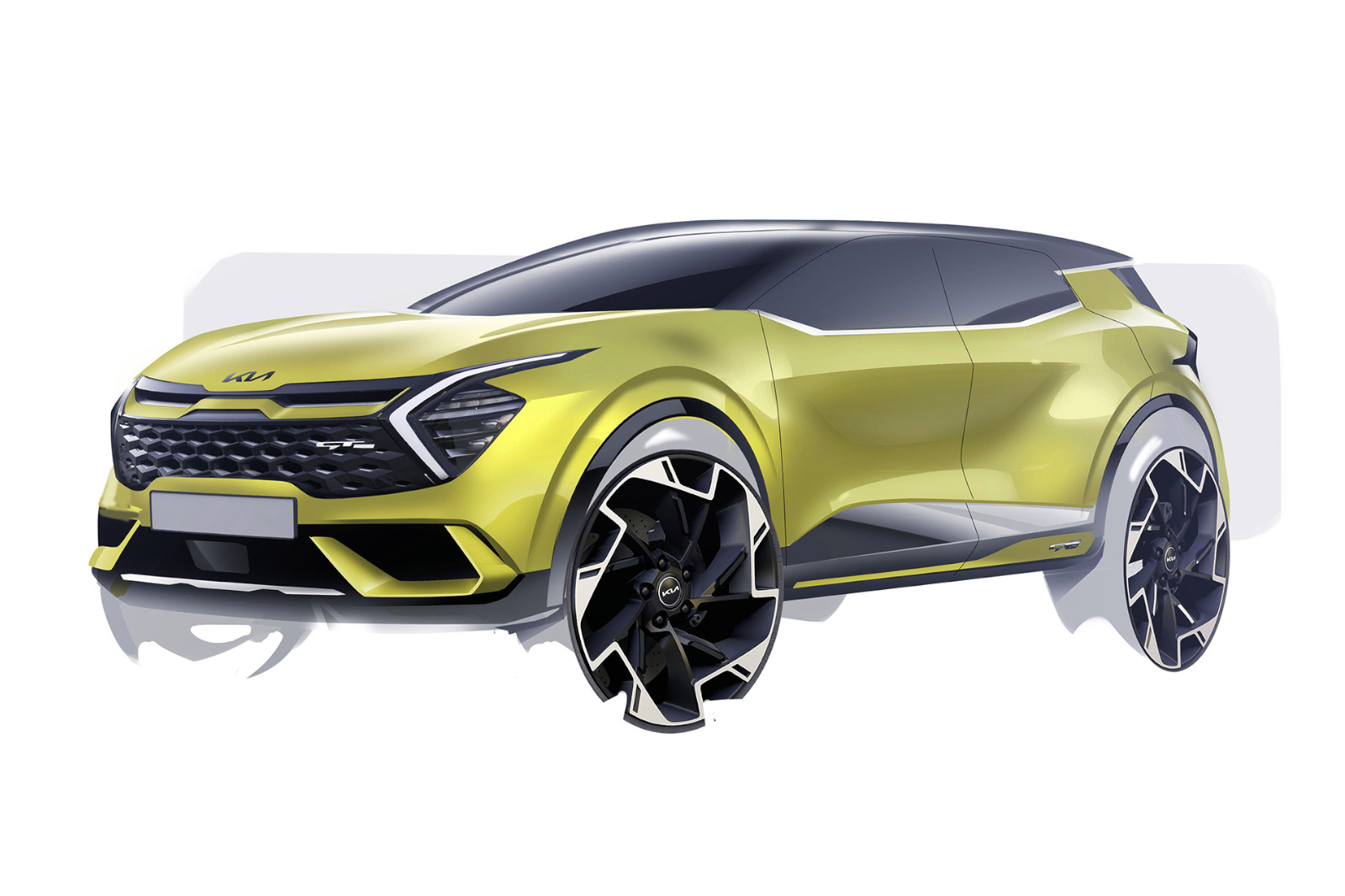 Kia has previewed the European version of its new Sportage SUV in a series of sketches ahead of the production model’s full unveiling on Wednesday 1 September.

The new Sportage, which arrives in its fifth generation, will feature a dedicated design specific to European customers for the first time in its history. The model will be developed on a new architecture, with a focus on drive and handling for the continent, though it will be broadly technically similar to the model destined for other global markets, which was revealed earlier this year. Sketch images show the Sportage with a new, larger front grille, with striking headlights and a redesigned rear, a sports spoiler and prominent exhausts. The model is seen with a black roof, c-pillar design and other black exterior styling.

It appears to feature a more compact profile than the previously seen Sportage for improved agility and performance which the firm says will be ideal for European roads. The new Kia logo is also present on the model, and Kia says the Sportage will feature updated technology and improved powertains.

“Kia’s new design language – Opposites United – is at the heart of the Sportage, influencing every aspect of its appearance and character,” Kia said. “Its design builds on the theme ‘Bold for Nature’ and pays homage to nature’s perfection and simplicity whilst connecting with the brand’s new design direction. The sketches hint at a sporty, assertive and pioneering SUV,” the firm said.

The new Sportage will be revealed on 1 September through the firm’s owned media channels, before a public debut at the Munich motor show and pricing and specification details are announced later this year. Sales of the popular model will begin at a later date.