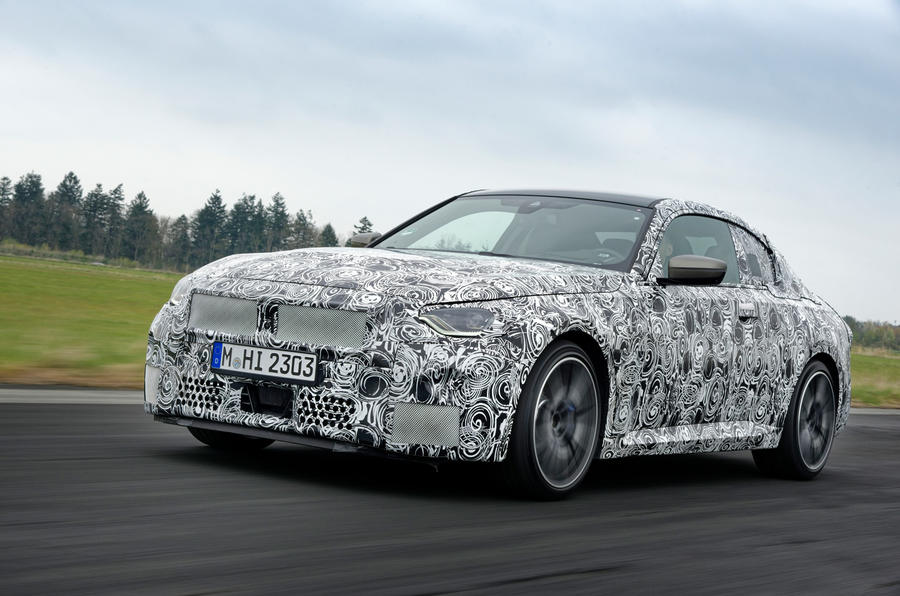 The all-new, second-generation BMW 2 Series Coupé will be revealed at the Goodwood Festival of Speed on 8 July.

Taking centre stage at the brand’s display, the two-door 2 Series will appear alongside BMW’s new i4 saloon and iX SUV EVs, which are making their public debut at the famous event.

The 2 Series, which Automotive Daily has driven in near-complete prototype guise, will also take to Goodwood’s famed 1.86-kilometre hillclimb course, alongside the new M5 CS – Munich’s most powerful M car yet. Details of BMW’s show stand have emerged following Goodwood’s recent confirmation that the 2021 Festival of Speed can return at full capacity after a year’s hiatus as a result of the pandemic.

The festival is part of the UK government’s Events Research Programme (ERP), which will see a series of large-scale sporting events, festivals and performances go ahead with no social distancing rules in force, provided all attendees are either fully vaccinated or test negative for Covid-19 prior to entry.

Subsequently confirmed to be running under the same terms is the British Grand Prix at Silverstone, which follows tradition by taking place the weekend after the Festival of Speed, and will allow 140,000 spectators to attend. Other models lined up for a Goodwood debut include Lotus’s all-new Emira sports car, the new Genesis G70 Shooting Brake and the Toyota GR86.

The Michelin Supercar Paddock, meanwhile, will host the reveal of “a special car” which features a 6.2-litre V8 and rides on Michelin Pilot Sport 4S tyres. This is believed to be the right-hand-drive version of Chevrolet’s C8-generation Corvette.