The all-new 2022 BMW 7 Series will be revealed on 20 April in pure-combustion, plug-in hybrid and, for the first time, pure-electric forms – allowing it to complete with the combustion-powered Mercedes-Benz S-Class as well as the electric EQS.

Munich’s new flagship is described by the manufacturer as “tech magic at its best”, and will be equipped with Level 3 autonomous driving functionality from launch later this year.

BMW has confirmed the new EV will use its fifth-generation eDrive system, which is currently found in the iX electric luxury SUV. It will ride on BMW’s flexible CLAR platform, which is already used for the iX and the i4 electric saloon, as well as ICE models including the latest 2 Series Coupé. Although powertrain specifics remain under wraps, the dual-motor setup used by the iX xDrive50 produces 385kW. In this form, the iX is capable of 0-100km/h in 4.6sec and an electronically limited 124mph top speed, so the i7 should post broadly similar figures. BMW has confirmed the most powerful version of the 7 Series will be fully electric.

The iX is available in three forms: xDrive40, xDrive50 and top-rung M60, with the latter packing more than 450kW, and the i7 is likely to roughly follow suit. The firm estimates a maximum range of 490 kilometres per charge, based on results in testing. 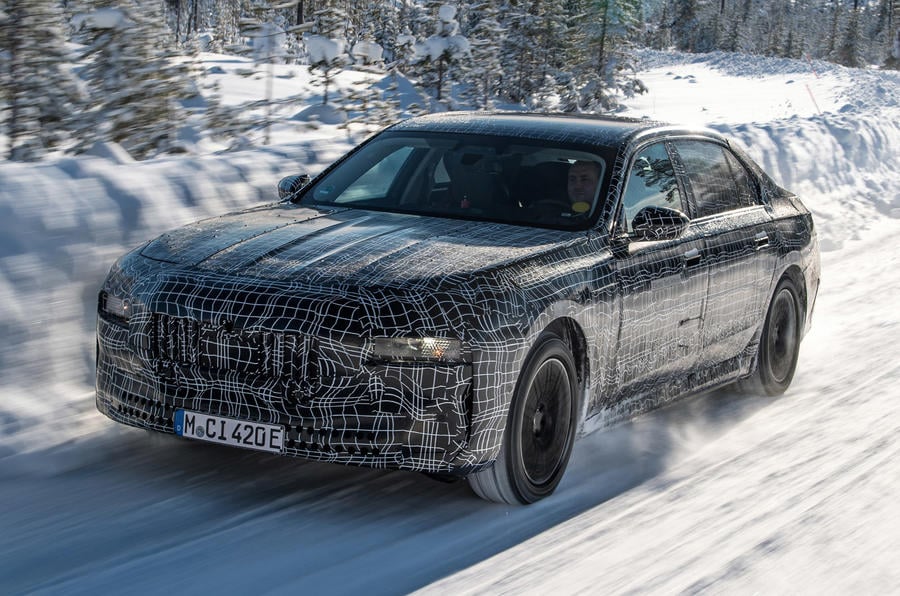 Details of the combustion offering are less obvious, given the 7 Series will be the first BMW to use the firm’s new generation of engines, developed to comply with Euro 7 emissions regulations likely to be introduced in the coming years.

While ride comfort remains crucial, BMW also emphasised that driving dynamics will be key to the i7’s appeal and help to differentiate it from other upcoming luxury EVs, including the next-generation Audi A8, which was recently previewed by the radical Grandsphere concept. 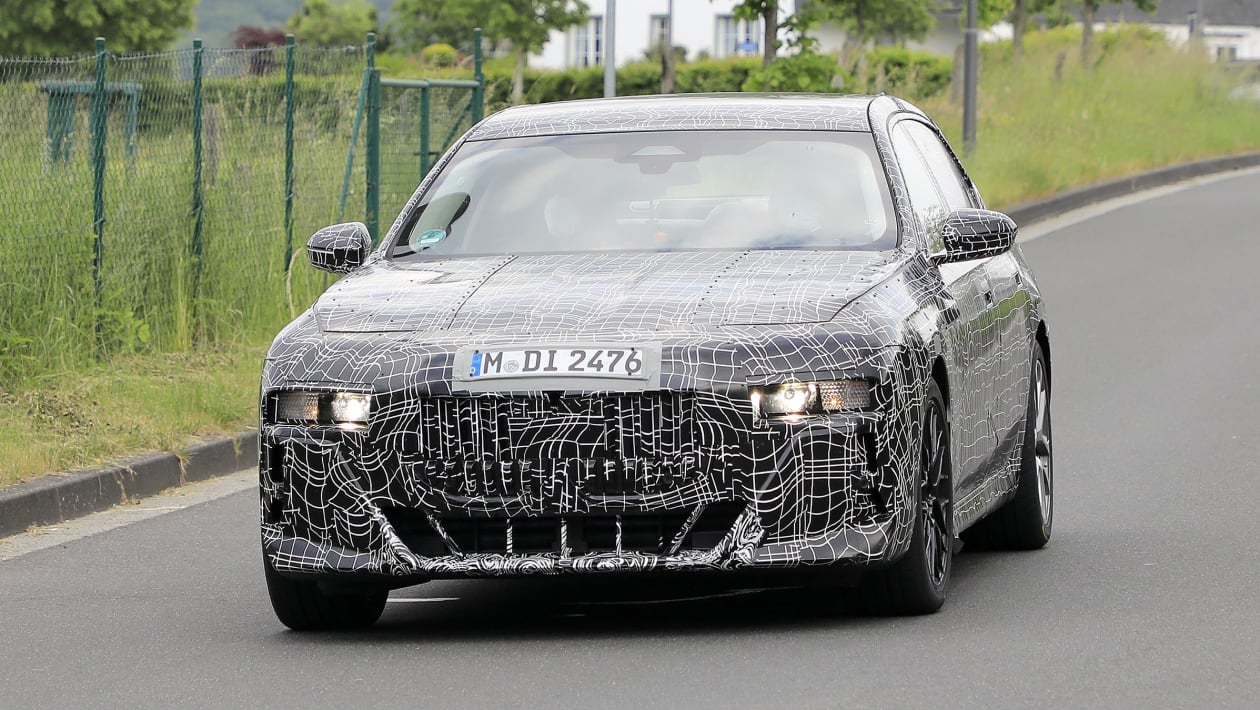 Previous spy images have shown an interior closely mirroring that of the iX, with a prominent central infotainment display and a curved digital instrument cluster. It has now been confirmed that the i7 and 7 Series will be the first production models to come equipped with a new 31.0-inch ‘Theatre Screen’ which folds out of the roof to transform the rear seats into “an exclusive, private cinema lounge where passengers can select their personal entertainment programme from a diverse range of streaming offers”.

Despite the camouflage, there’s a clear family resemblance to the outgoing 7 Series, which is set to end production next year. There’s also a chance the kidney grilles will be more reserved than on other recent BMW models, such as the outlandish XM Concept.