Lamborghini has been putting the new limited-run Countach through its paces, on public roads for the first time since the model’s return was confirmed at last year’s Pebble Beach Concours d’Elegance.

To mark the occasion, the brand has released new pictures of its reborn flagship in motion with two more Countach models that represent important bookends in the model’s history – the very first Countach LP 400 ever built, and the last Countach 25th Anniversary ever produced.

The Lamborghini Countach LPI 800-4 is a limited-run Italian supercar based on the same V12 platform as the Aventador but with the aid of an electric motor powered by a supercapacitor, which puts out three times more power than a lithium-ion battery of the same weight. Since the Miura, the mark of a Lamborghini flagship has been a mid-mounted V12. The new Countach is true to the lineage, with power coming from a hybrid-assisted 6.5-litre twelve-cylinder unit borrowed from the Sian hypercar. The combustion element alone produces 573kW, while a 48-volt electric motor produces an additional 25kWp, serving to sharpen the throttle response even further.

The total 599kW is sent to all four wheels through a 7-speed single-clutch gearbox, which propels the Countach from 0-100km/h in just 2.8 seconds – roughly half the time of the original. The new car will run on to a top speed of 355km/h. 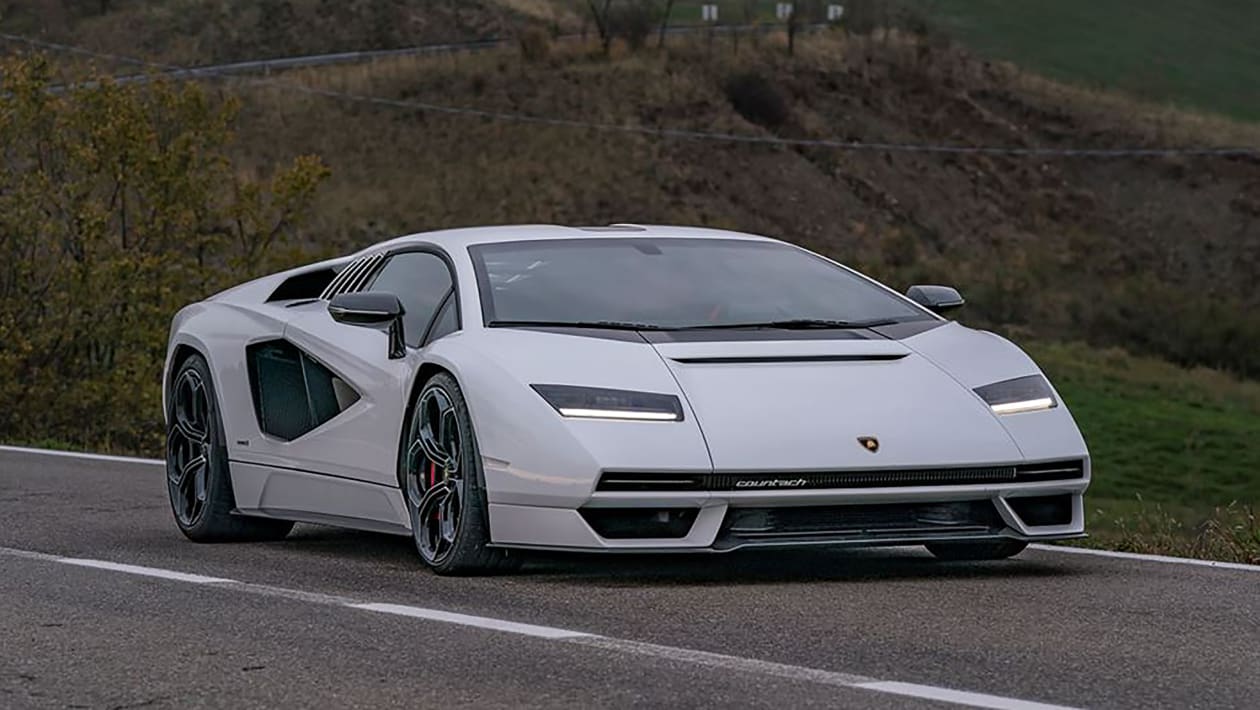 The new car has been designed as a forward-looking ‘descendant’ of the 1974 model, rather than an imitation, and blends Countach cues with contemporary Lamborghini design touches, such as triple hexagonal LED taillights.

Retro features include a shallow glasshouse that mimics that of the original, black NACA intakes along the flanks, and distinctive ‘Periscopio’ lines running from the roof to the rear deck. Trapezoidal rear light housings and deep side gills also draw inspiration from the original icon. The design wasn’t the only groundbreaking element of the first Countach. The 70s supercar used a cutting-edge tubular spaceframe chassis, and its modern-day counterpart also uses what Lamborghini says is the most advanced chassis technology available.

The monocoque chassis and body panels are made from carbon fibre, giving a dry weight of 1,595kg, while carbon-ceramic brakes hide behind ‘telephone dial’ wheels – a reference to the dramatic wheels of the later Countach LP5000 – shod in track-focused Pirelli P Zero Corsa tyres. 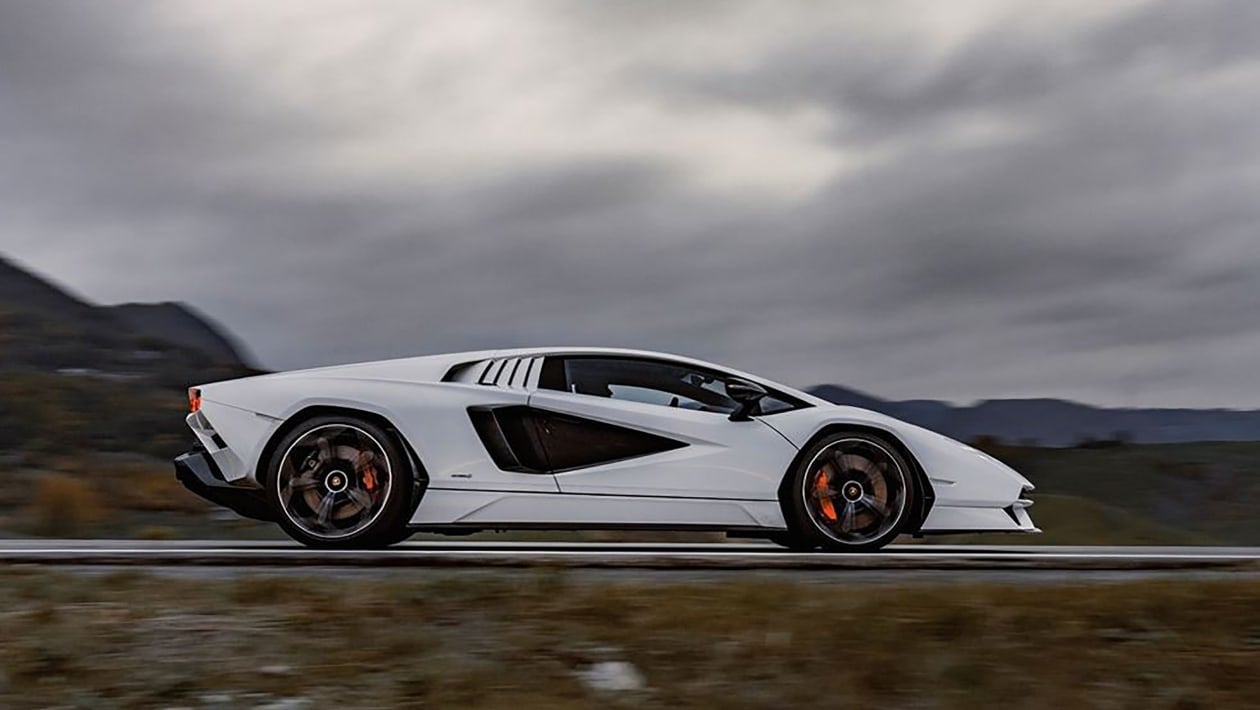 The interior of the new Countach will feature 3D printed air vents and is topped off with a photochromatic glass roof, which changes from opaque to transparent at the push of a button. Bespoke comfort seats, geometric stitching, and a square motif on the dashboard also mark out the retro-inspired flagship.

Just 112 examples will be built, each combining Lamborghini’s most advanced powertrain tech and an appearance that is distinctly Countach, with a wedge-shaped silhouette and a smattering of details that pay homage to the original. Deliveries of the Countach LPI 800-4 will start from the first quarter of 2022 to customers around the world.