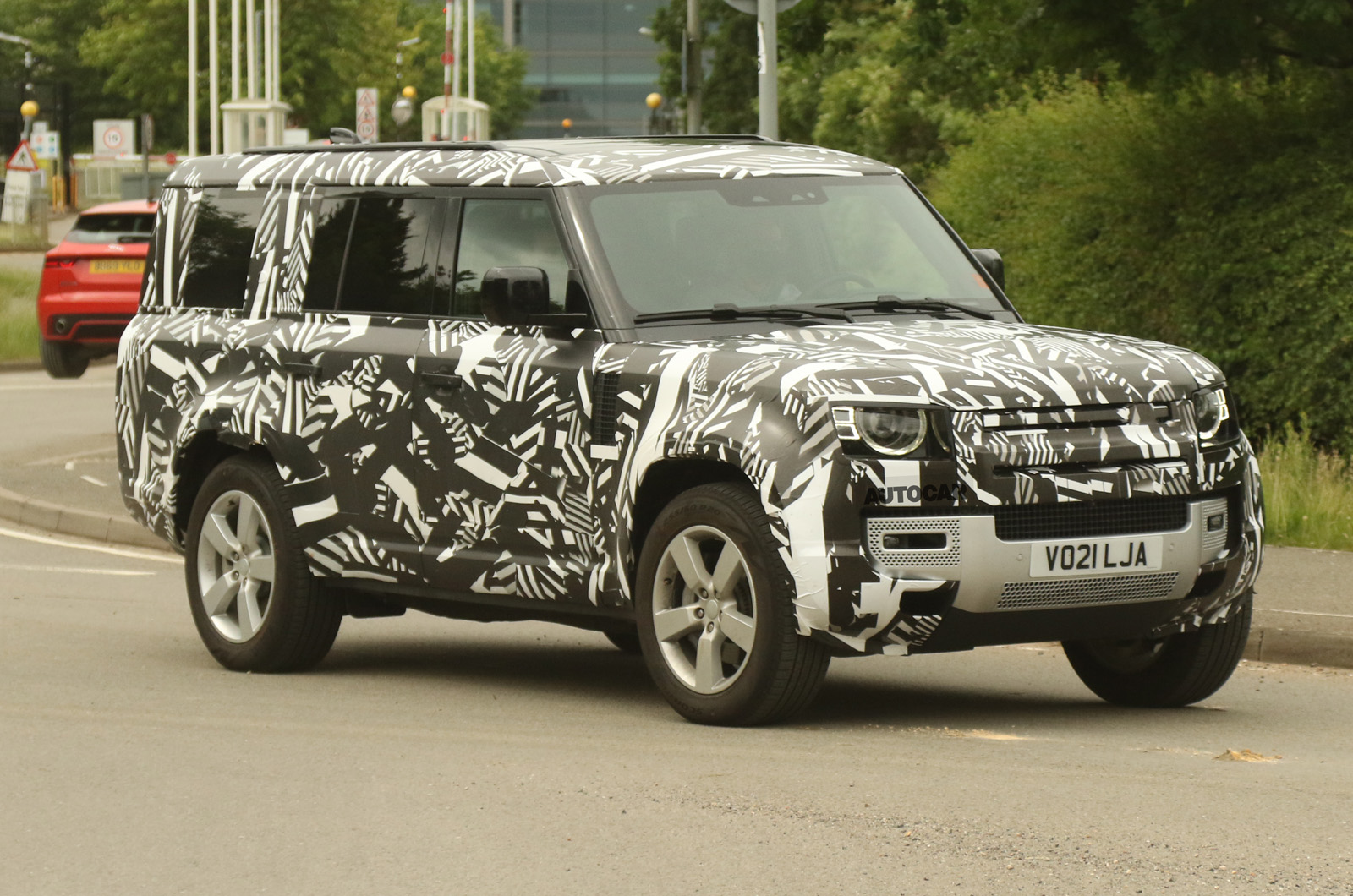 Land Rover will expand the Defender line-up next year with the introduction of the extended-wheelbase 130 variant, which has been spotted on public roads for the first time.

Photographs exclusive to Automotive Daily’s exclusive partner Autocar show a camouflaged prototype near Land Rover’s headquarters in the UK, giving a close look at the longer car’s final styling and an indication of its readiness for production.

A precise launch date for the range-topping Defender has yet to be confirmed, but prior to the standard Defender’s 2019 unveiling, a leaked internal presentation confirmed it will arrive in 2022 with eight seats, one more than the mid-range 110.

It is positioned as the ‘premium explorer’ of the Defender range, while the entry-level 90 is the ‘halo, image icon’, and the 110 is the ‘definitive Defender’. The 130 is likely, therefore, to command a substantial price premium over the other Defender models and be available in top-end trim levels only. While the previous-generation Defender 130 featured an extended wheelbase over the 110, the new car’s longer footprint comes courtesy of a visibly upsized rear overhang, which takes the vehicle’s total length to 5.1m – 342mm longer than the 110 and 227mm longer than the Mercedes G-Class.

This prototype was fitted with Land Rover’s new mild-hybridised 3.0-litre straight-six petrol engine, which in the Discovery produces 265kW for a 0-100km/h time of 6.5sec, but the 130 can also be expected to receive the full raft of diesel and petrol powertrains, including the P300e PHEV option and the hot, 404kW supercharged V8. Also expected, as reported by Automotive Daily earlier this year, is an open-backed pick-up variant to rival the Ford Ranger and Volkswagen Amarok.

Vehicle programmes executive director Nick Collins told Automotive Daily that “there were no structural limitations” to a Defender pick-up and hinted at the potential for such a model by recalling Land Rover’s previous intentions to market the Defender as a complete “family” of models.