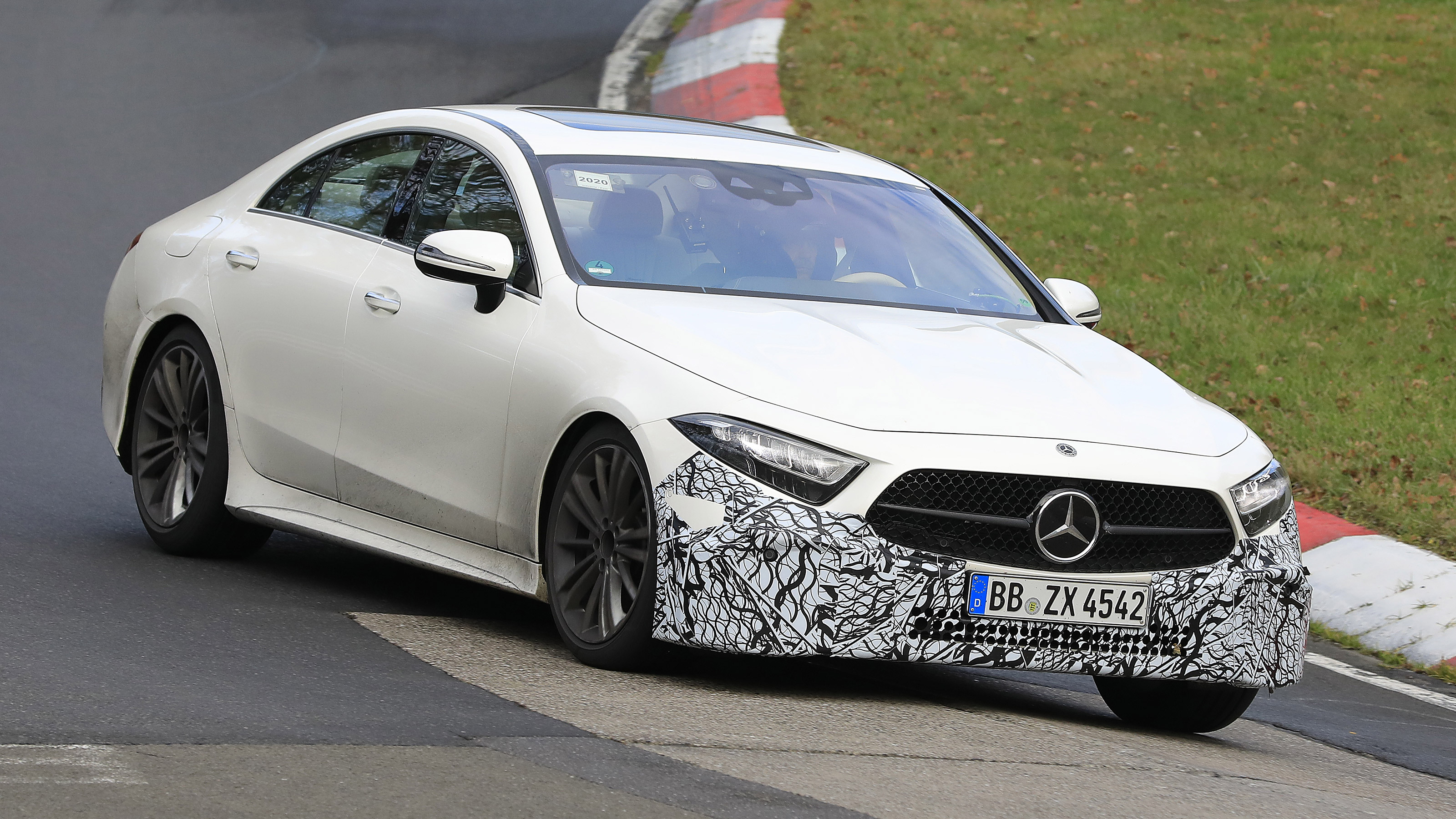 Mercedes is gearing up for the launch of the facelifted CLS. When it goes on sale next year, the German brand’s updated four-door coupe will follow hot on the heels of the recently-revised E-Class on which it’s based, to help keep it competitive with the Audi A7 Sportback.

The Mercedes CLS shares the same platform as the E-Class, so we expect the former car will receive similar changes to those Mercedes recently applied to the latter. As suggested by this mule, exterior revisions for the CLS will be limited to a new front bumper, slightly tweaked headlamps and some fresh alloy wheel designs. Inside, the revisions should be equally minor. Save for some subtle trim upgrades, the current car’s dashboard design will remain, though Mercedes’s 12.3-inch dual screen infotainment system will gain revisions which should ditch the old clickwheel function for a touchscreen interface. Complementing the upgraded system, the CLS will gain the brand’s latest multifunction steering wheel – the same item fitted to the facelifted E-Class. The new wheel features touch sensitive controls in place of the old car’s physical buttons. It also supports capacitive feedback, meaning owners will no longer need to wiggle the wheel to inform the car’s semi-autonomous driving mode that they’re paying attention to the road. Simply gripping the wheel is enough to keep the system running. All three engines will be transferred onto CLS with the addition of 48-volt mild-hybrid technology, as they’re found on the latest E-Class. Mercedes should also introduce two new plug-in hybrid versions of the CLS as additions to the range, using technology borrowed from the E-Class. The E-Class is available with two PHEV powertrains; the petrol-based E 300 e and the diesel-based E 300 de. Both systems use the same 13.5kWh lithium-ion battery pack and 90kW electric motor and both provide a maximum electric range of around 50 kilometres.