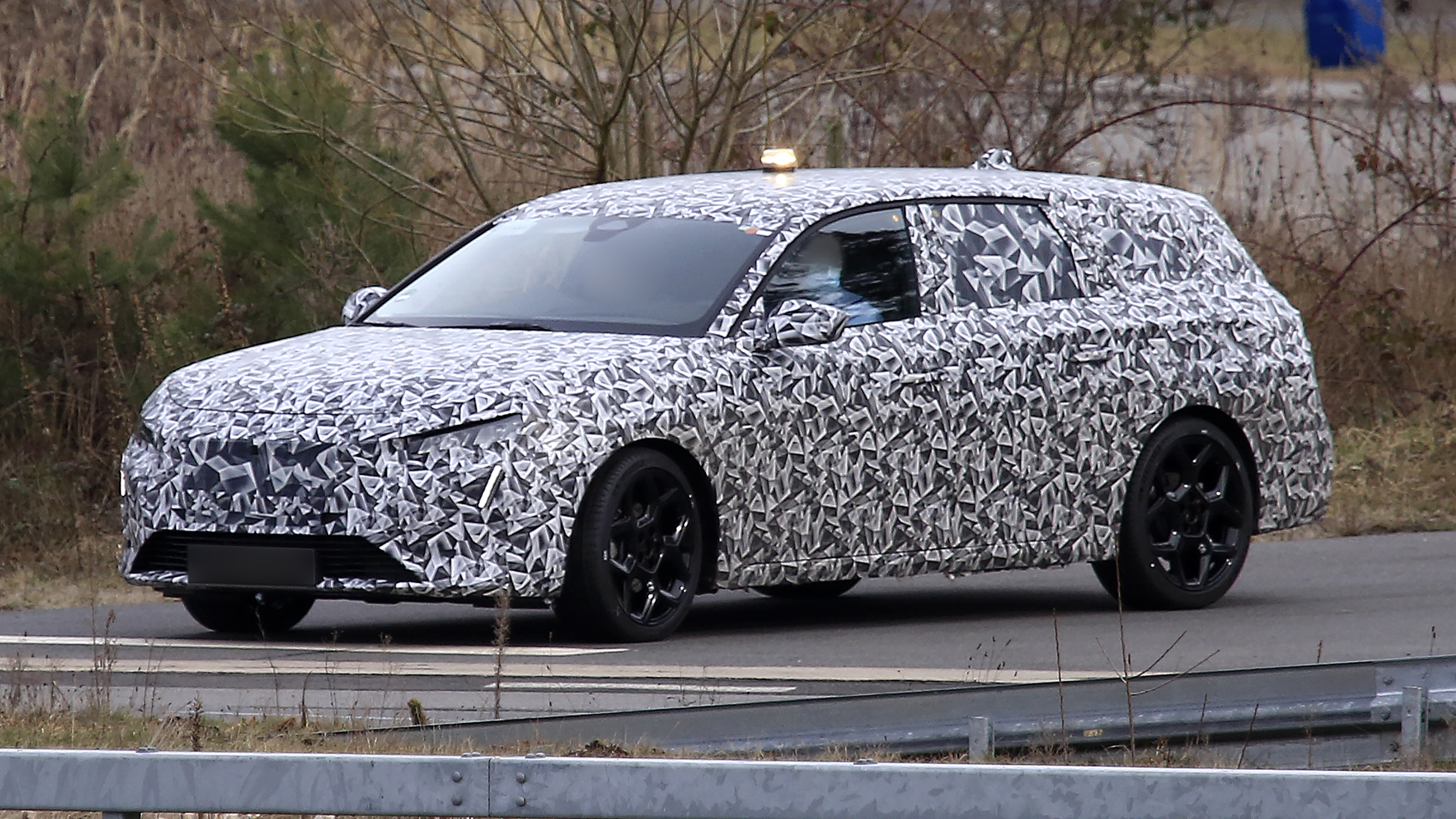 Peugeot is preparing to unveil the next-generation 308 imminently, as an estate bodied ‘SW’ variant of its new family car has been spied in preparation for a debut this summer alongside the third-generation 308 hatchback.

The new rival for the latest Ford Focus and Volkswagen Golf estates will serve as an understudy to the rakish 508 SW, and these spy shots show that it will embrace its larger sibling’s sleek and sporty looking but more practical rear end.

Elsewhere, the new 308 SW will take on the redesign heading the way of the regular hatchback, which will be along the lines of Peugeot’s latest design language set out on the brand’s facelifted 3008 SUV.

The nose sits much lower to the ground than before and will be integrated into a subtler grille, contrasting with the chromework that stands out on the current car. Sharper looking LED headlights will be joined by optional fang-like daytime running lights, reaching down into the lower part of the front apron. The heavily disguised prototypes in our pictures show that the new 308 SW will adopt a particularly strong and pronounced shoulderline running from the front headlight to the taillights. The rear lights are likely to use a new full-width design in comparison with the old 308 SW.

We’ve not yet seen inside the cabin of a 308 or 308 SW prototype, but the dashboard design is likely to be carried over from the latest version of the 3008, with Peugeot’s latest i-Cockpit layout. The minimalist centre console will be replaced with more intricate ‘piano-key’ style switchgear, while the infotainment will move to a new floating 10-inch touchscreen unit, and the instrumentation will be fully digital for the first time in the 308.

Past comments from Peugeot executives have sent out mixed messages as to which platform the new 308 will use – the latest CMP architecture with its fully-electric capabilities, or the latest version of the scalable EMP2 system used for the current 308, which would enable plug-in hybrid power. With the more versatile 308 SW set to continue into the car’s third-generation, it points to the EMP2 platform being the more likely candidate given its greater flexibility when it comes to cars of the 308’s size. That means that familiar three and four-cylinder PureTech petrol and diesel units will make up the majority of the 308 SW’s engine line-up.

But plug-in hybrid power will also be an option, using a combination of an 11.8kWh battery and electric motor system in tandem with a 1.6-litre four-cylinder petrol engine for a total of 165kW. It will be offered with Peugeot’s EAT8 eight-speed automatic gearbox only.

As for the 308 hatchback, a Peugeot Sport Engineered model using a 220kW version of this plug-in hybrid drivetrain is a possibility.